1032
Structure and Electrical Properties of the Selected Crown Ether-Derivatized Bis(2,2'-bithienyl)Methanes in Langmuir-Blodgett Films

Lake Michigan (Hilton Chicago)
K. Gawecka, K. R. Noworyta (Institute of Physical Chemistry PAS), R. Chitta (Department of Chemistry, Central University of Rajasthan), and F. D'Souza (University of North Texas)
Physical properties of thin films of thiophene derivatives and their polymers are greatly affected by the structure and orientation of their molecules, as well as the local environment.1  In order to obtain thin films of such compounds for practical applications, from electronic devices to chemo- and biosensors.2-3, it is important to control orientation and order of the molecules in the formed functional materials.  Interesting and efficient way to allow for such a control is Langmuir and Langmuir-Blodgett technique.

In the presented contribution formation and properties of ultrathin films of the series of bis(2,2’-bithienyl)methane derivatives appended with crown ethers of varying size are presented.  Uniform Langmuir films of liquid-expanded type were obtained at water-air interface for all of the used compounds.  The influence of metal ions on the orientation of the molecules in the films was relatively small.  Obtained Langmuir films were subsequently transferred onto the solid substrates by using Langmuir-Blodgett technique forming mono- and multilayers.  In order to further elucidate structure of the formed layers AFM and STM techniques have been applied.  The morphology of the multilayer films depended both on the size and orientation of the crown ether moiety in the molecules.  However, in all cases formed multilayers were porous (Fig. 1).  In case of monolayers, the STM studies helped to ascertain organization of the molecules in the Langmuir-Blodgett film.  On the other hand the scanning tunnelling spectroscopy (STS) allowed acquisition of information about the electrical properties of the studied thiophene derivatives. 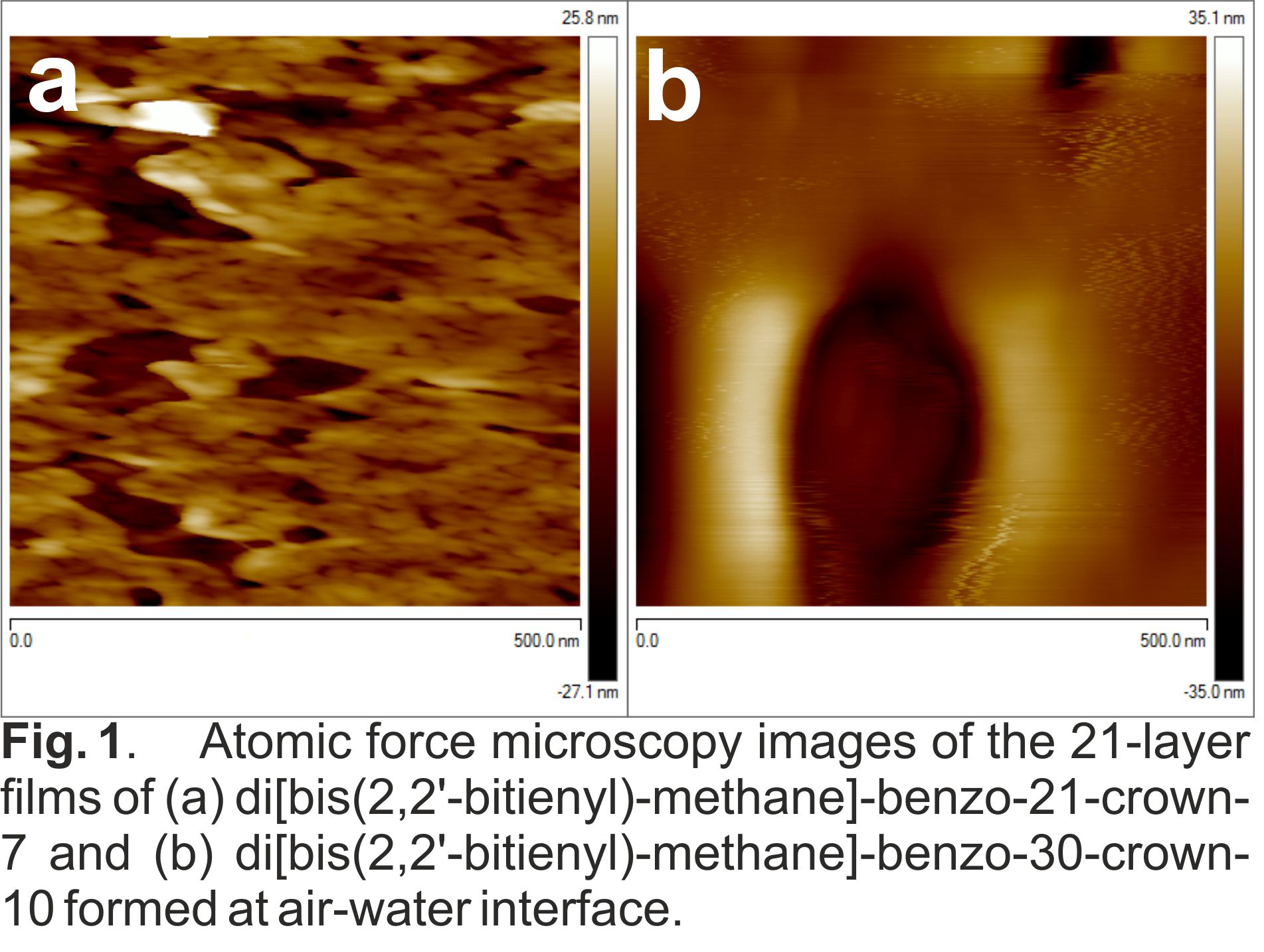