We synthesized the nucleation of graphene on silicon nitride (Si3N4) substrate and report the influence of pre hydrogen flow during CVD process on silicon nitride which is the stable dielectric and suitable for carbon diffusion barrier. Test wafer was cleaned in 10:1 HF solution and nucleation of graphene was synthesized by CVD process using CH4, Ar, H2gas at 1000°C. 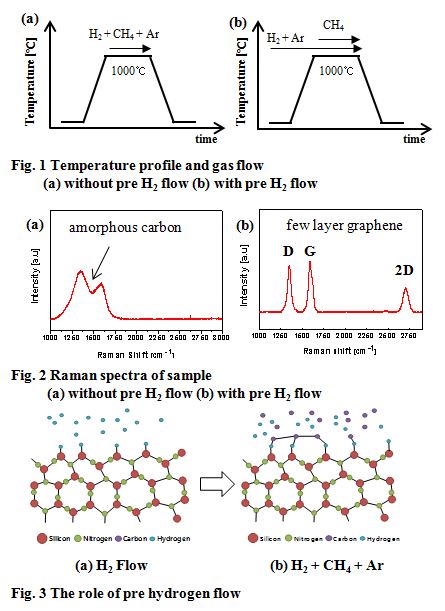