The flexible TFBs delivered discharge capacity as high as 0.15mAh (1.5 cm² of cathode area) upon galvanostatic cyling at C/5 rate within 3.8-1.5V voltage range. The capacity decreased during cycling with an average fading rate of 0.25% over 100 cycles (figure 2). Electrochemical impedance spectroscopy (EIS) measurements and modeling analysis revealed a significant and continuous increase of the internal resistance during cycling. Furthermore, it was shown that the internal resistance increase was induced by a progressive decrease of the electrolyte/electrodes contact area. A strong correlation was identified between the variation of electrolyte/electrode contact area and variation of flexible TFB discharge capacity.

TFBs having the same architecture and the same design were fabricated on two substrates: a flexible polyimide foil and a rigid silicon wafer. Electrochemical characterization showed a clear influence of substrate type on TFBs discharge capacity and internal resistance variations during cycling (figure 3). The electrochemical results variation with substrate type is discussed in terms of differences of TFB multilayer mechanical behaviour during cycling in both configurations. 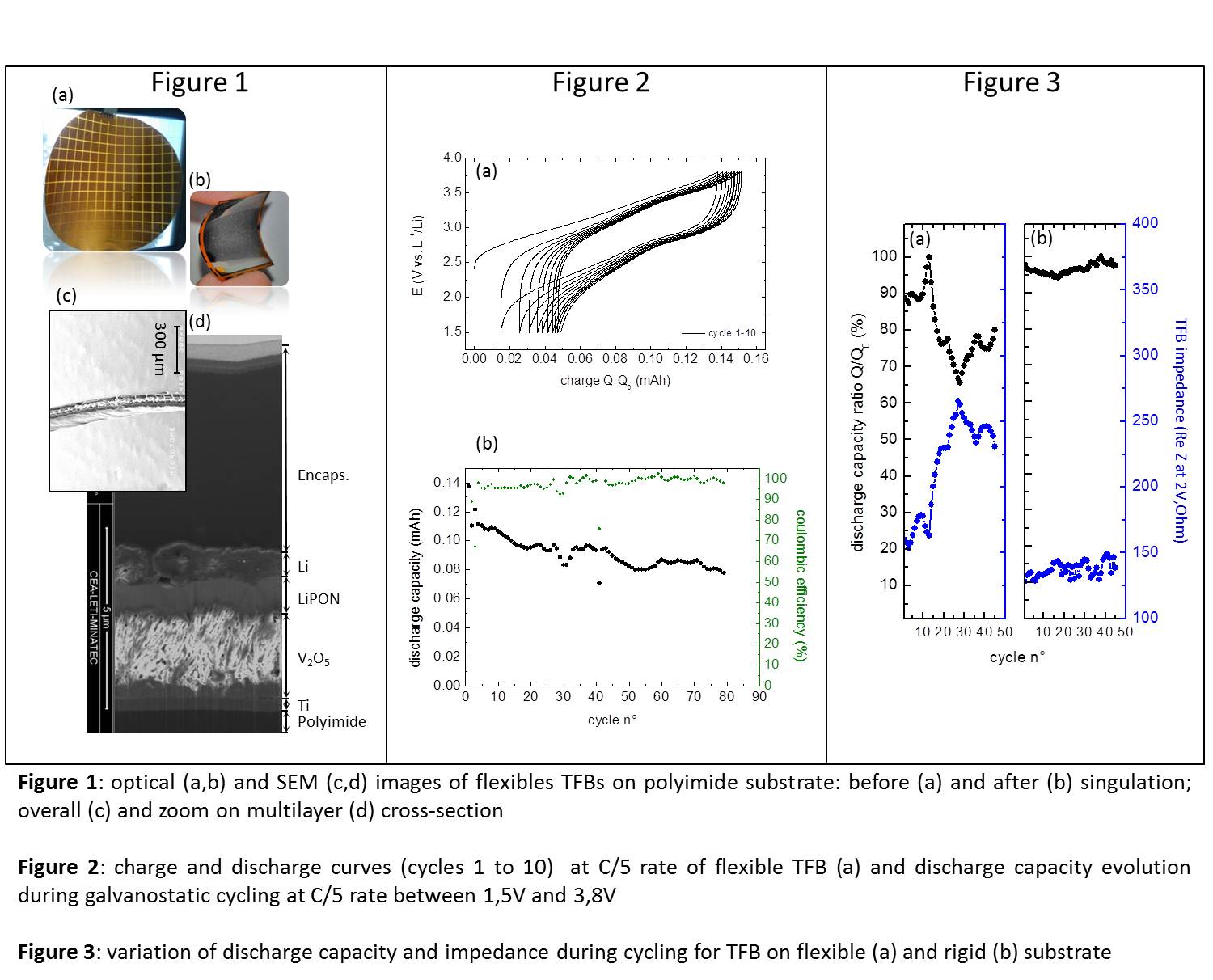