106-C (Phoenix Convention Center)
Y. Chung, H. Park, E. Lee, S. Lee (Auburn University), and D. J. Kim (Auburn University)
During last years, the interest in wearable devices has increased significantly. A portable and wearable gas sensor system is one area of interest. Integration of fabric and gas sensors for a wearable breath monitoring system would monitor signature gas from patients’ breath such as acetone gas for diabetes (1), ammonia for renal disease (2), and ethanol for hepatic steatosis (3). Breath sensing system is painless, faster and potentially less expensive than blood tests - and easy to repeat as often as needed, even while patients are sleeping or exercising.

Semiconducting nano-scale metal oxides such as tin oxide (4), zinc oxide (5), and nickel oxide (6) have been used to develop gas sensors. Among them, zinc oxide, which shows n-type behavior, is one of excellent candidates because of its electric properties such as wide band gap and high electron mobility (5). Various morphologies for ZnO nanostructures such as nanorods, nanotubes, and nanowires have been investigated to understand morphology-driven properties. Recently, hollow micro/nanosphere ZnO has been fabricated and its properties have been investigated. Such structure may be applied for dye-sensitised solar cells, photocatalts, high performance electrodes, and gas sensors due to its large surface-to-volume ratio and reduced transport lengths for both mass and charge transport (7).

In this study, the hollow microsphere ZnO particles were prepared by a simple precipitate method. The crystal structure and morphology after calcination are shown in Fig. 1 and Fig. 2, respectively. Electrophoretic deposition (EPD) was then used to construct ZnO layers on flexible substrates. The structural properties of the deposited ZnO layers were analyzed by using SEM, TEM, and XRD.  Then, gas sensing behaviors to detect ethanol and acetone by morphological variation of layers are discussed in detail.

This research was partially supported by Agency for Defense Development (ADD) as global corporative research and Auburn University IGP. 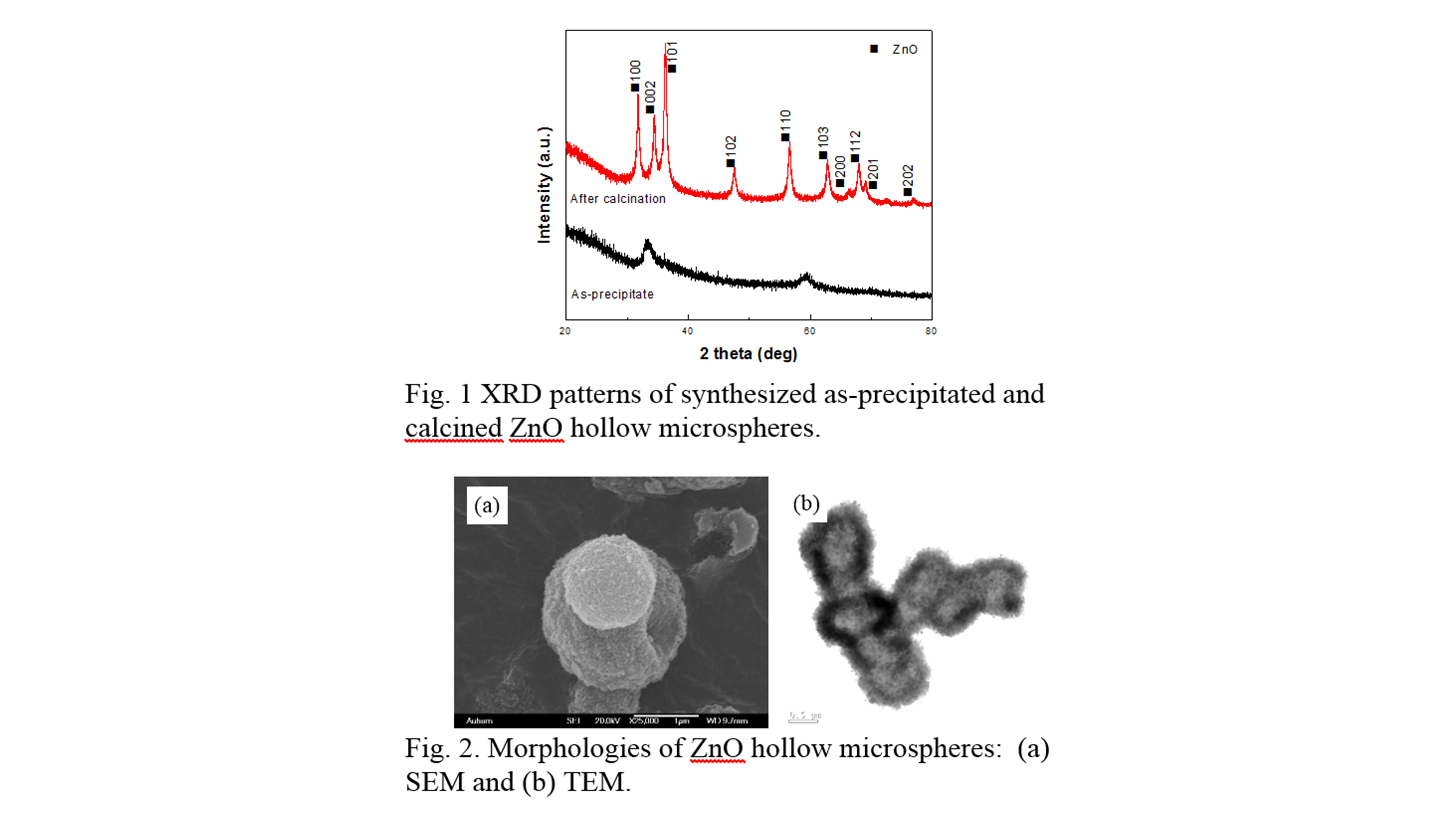