Preliminary results indicate that oxidizing strength of the environment and material system govern IGC behavior in the thin film conditions. Both persulphate and ozone have been used in laboratory studies to control the oxidizing behavior of the environment.  Figure 1 shows the optical microscopic images depicting the IGC of AA5083 exposed to 95% RH and 30⁰C with different persulphate thickness for 100hours. It can be clearly seen that mass of persulphate affects IGC of AA5083 under thin film as the concentration of persulphate is same in both cases.

Another notable result is that the cathode area has a strong influence on IGC of AA5083 under thin film. Figure 2 shows the maximum IGC length for AA5083-H131 exposed to 6ppm ozone at 98% RH and room temperature. The samples were loaded with 1000 µg/cm2NaCl. The graph shows that the maximum length of IGC has a strong correlation with the sample size.

Further work will be presented from electrochemical measurements under thin film conditions and a study of the cathodic kinetics for atmospheric exposures. The effects of critical factors like ozone and persulphate concentration, salt loading density, solution film thickness and aerosol size will be presented to develop a better understanding of IGC corrosion under atmospheric conditions. Intergranular corrosion depth and surface morphology will be used as corrosion indicators.

The authors would like to thank Daniel J. Dunmire, Director, DoD Corrosion Policy and Oversight, Office of the Secretary of Defense, for financial support, via the US Air Force Academy Contract#FA7000-12-2-0017. 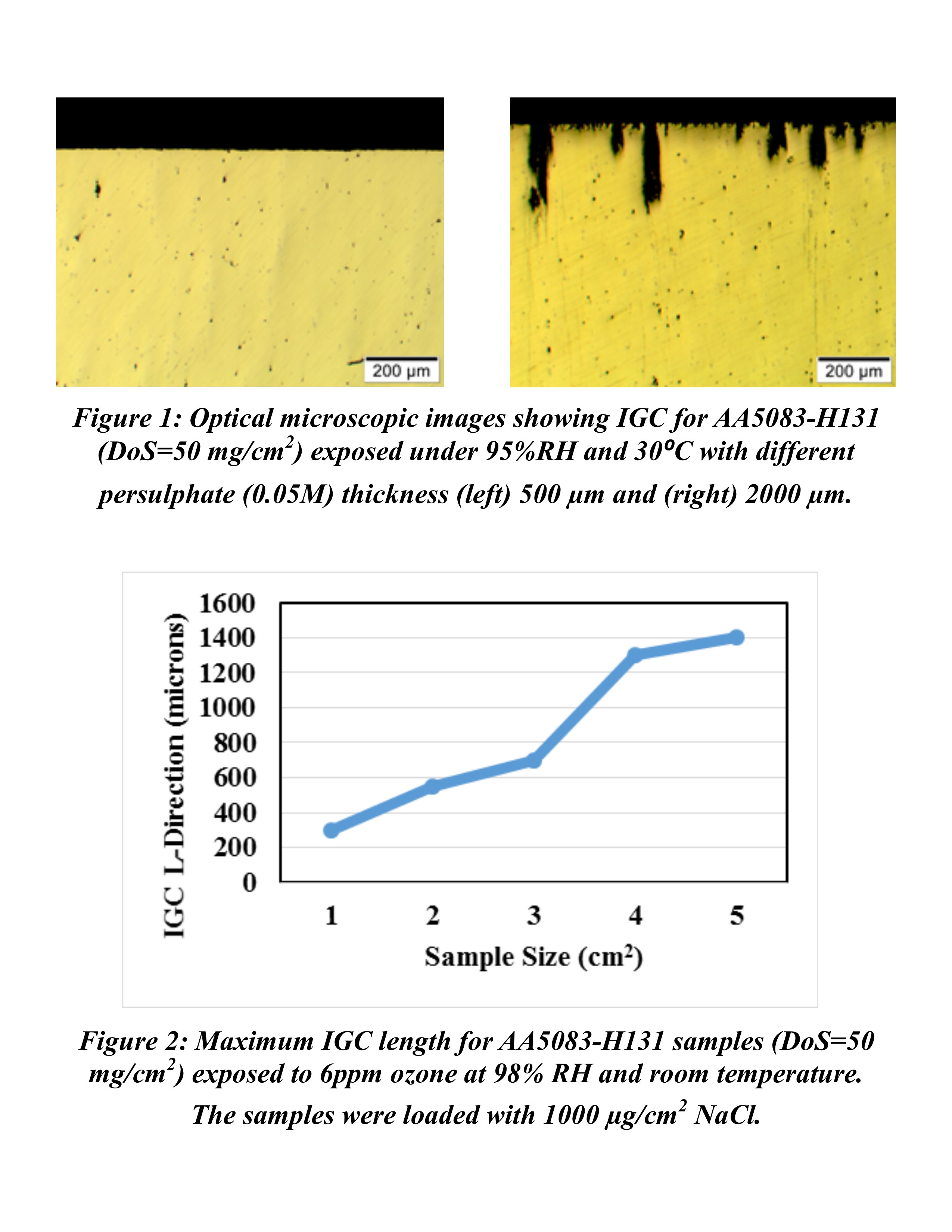