106-C (Phoenix Convention Center)
N. S. Gunda, R. Chavali (York University), and S. Mitra (York University)
Water is the most vital component for human survival and ensuring clean water for consumption should be a primary concern. However, most of the water testing methods that are currently used are expensive, require well-equipped laboratories and trained personnel. We present a series of low-cost and rapid sensors for water quality monitoring capable of detecting pathogens and anions. These sensors are quite sensitive and portable thereby enabling field testing at the source of contamination itself and are simple enough to be used by any untrained personnel. In addition to the sensors that provide qualitative data, our test kits are also equipped with quantitative detection modules that would allow the user to quantify the contamination and map the location data for contaminated water sources. We have designed different sensors to suit the needs of both commercial and household applications and are outlined below.

Sensors for E.coli detection in potable water: Contamination of water sources with Esherichia coli (E.coli) bacteria is a major problem in several parts of the world, particularly in the developing nations. Current E.coli testing methods take 16-24 hours to produce results with additional time involved in transport of the samples to a laboratory. This causes great delays in implementing treatment strategies thereby subjecting the public to prolonged exposure to contaminated water.

Commercial Applications: We have developed a rapid and low-cost test method for E.coli detection in water samples known as the Mobile Water Kit (MWK), which can produce results within an hour. The test method comprises a set of custom colorimetric chemosensors and a smartphone platform that would serve as the detection/analysis system. This method is primarily designed for water monitoring agencies to assess the quality of the water sources.

Household Applications: Personal Glucose meters (PGMs) are widely used by diabetic patients to regularly monitor their blood glucose levels. This system is based on an electrochemical reaction wherein the glucose present in the blood sample is made to react with an enzyme electrode and the resulting change in the current or voltage is measured, which in turn can be correlated to the concentration of glucose. We have adapted this system to detect E.coli by supplying an appropriate substrate, which would react with the bacteria to produce glucose as one of the end products. The glucose produced in the reaction can be measured using PGMs, which in turn can be correlated to the concentration of E.coli. This system is designed to cater the needs of urban dwellers by providing them with an alternate way to monitor their water quality in an effective and reliable manner.

Sensors for Fluoride detection in potable water: Fluoride, which is known to have antimicrobial properties, plays a significant role in human health. Fluoride is added to drinking water in limited concentrations owing to its properties in preventing and controlling dental caries. However, excess exposure to fluoride is known to cause skeletal and dental fluorosis and induce many endocrine effects such as decreased thyroid function and Type II diabetes. Fluorides are also known to cause attention deficit hyperactivity disorder (ADHD) and neurotoxicity in children. Hence, fluoride levels have to be regularly monitored in order to avoid the onset of such ailments.

Commercial Applications:We have designed and synthesized a novel fluorometric chemosensor for the detection of fluoride in potable water. The sensor produces blue fluorescence upon interaction with fluoride ions that can be visualized using a simple handheld ultraviolet (UV) lamp. The reaction is instantaneous and very low fluoride levels can be detected accurately and within a few seconds. This method would serve as an excellent tool for water monitoring agencies to monitor fluoride levels at the source of contamination itself.

Household Applications: In order to simplify the process of monitoring fluoride levels in household water supplies, we have developed a novel PGM compatible chemosensor, which produces glucose upon interaction with fluoride ions. The glucose produced in the reaction can be measured using a PGM and in turn correlated with the concentration of fluoride in water. This method is quite simple and can facilitate the assessment of fluoride levels in water for any user who owns a PGM.

The increase in global population and rapid industrialization naturally leads to an increase in water pollution and it is imperative to find simpler and effective solutions to regularly monitor the quality of water that we consume. The sensors presented here would easily enable any untrained user to assess the water quality and increase awareness about the increasing list of water pollutants that contaminate our water. 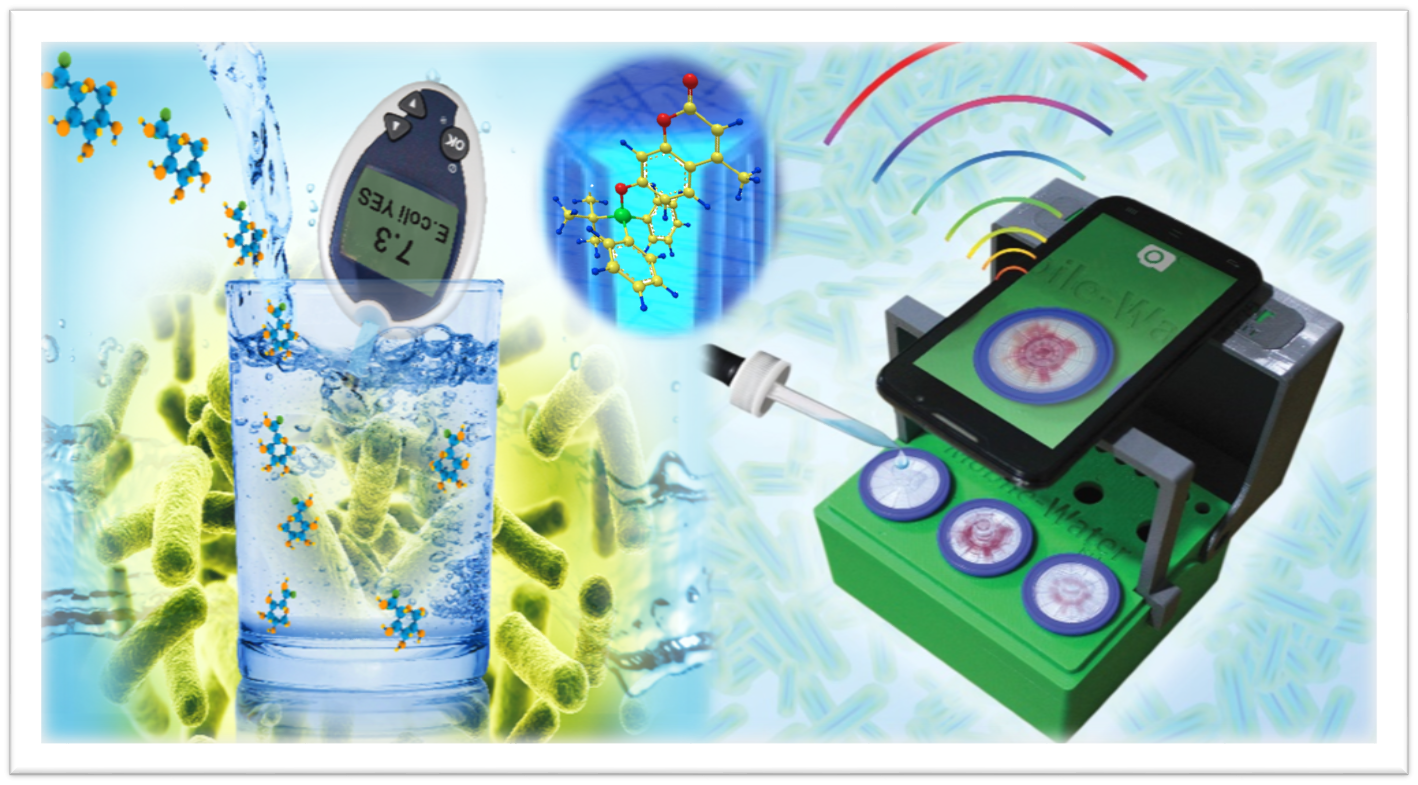