In this work, structural tailing of LiFePO4 as cathode material for Li-ion batteries from purposely induced polyanion deficiency in its structure and followed effects in terms of structure and electrochemical properties will be discussed. It has been found that while the native defect of PO43- polyanion in LiFePO4 compound is thermodynamically preferred to the generation of point defects of P and O, the degree of polyanion deficiency in the range of X =0.05~0.09 in LiFe(PO4)1-x is structurally stable. The polyanion-deficient LiFePO4 has an uniformly dispersed locally distorted crystalline structure with an increased lattice volume, which is accounted as calculated by first-principal method to be resulted from an expanded bond length between the chemical elements and twisted bond angle due to charge polarization around P and O defect sites. In further, weakening of the bond strength between Li-O results in lowering an activation barrier for Li ions to pass through one site to next neighbored sites, which help increase Li-ion kinetic property in the structure. In experimental test, while electrochemical cycle of poly-anion deficient LiFePO4 is very stable with less increment of impedance upon the cycling as compared to that of the others, rate performance is superior, as well. Experimental measurements of electronic and ionic conductivities using cyclic voltammetry and impedance spectroscopy on poly-anion deficient LiFePO4 supports the results as the kinetic properties of Li ions and electron are greatly improved. 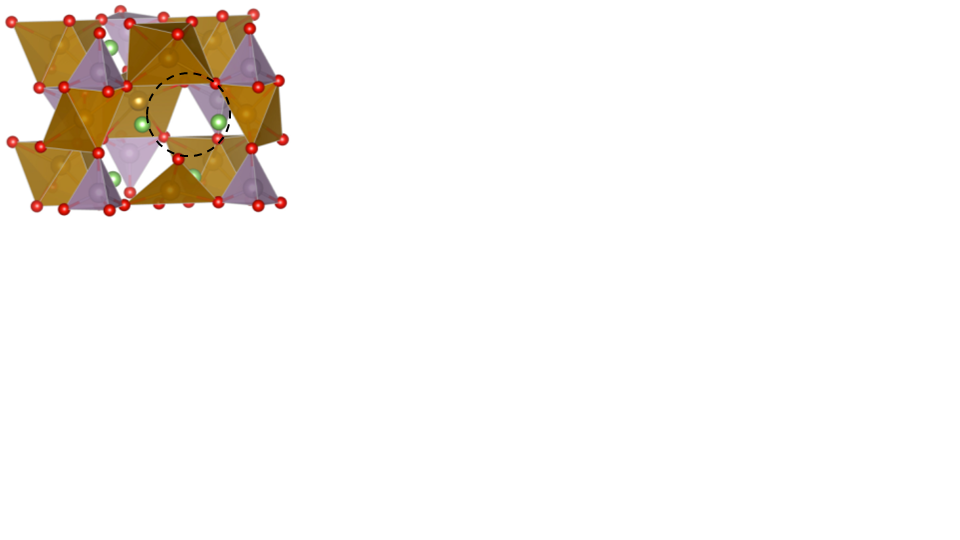