The simulations were performed in a 2-D field that consisted of a number of small square grids (> 104).  Circular regions with controlled sizes in the calculated field were defined as positive electrode active material particles.  The electric potential (φ) distribution in the electrolyte was calculated using the Laplace equation.  The local states of charge (SOC) in electrode active material particles were simulated by calculating Li+ diffusion in particles with Fick’s second law (DLi+ = 1.0 × 10−11 cm2 s−1).  The negative electrode surface was defined to be φ = 0 V.  The other boundaries in the calculated area were defined as insulating surfaces with ∂φ/∂x = 0 or  ∂φ/∂y = 0.

The authors gratefully acknowledge JST-ALCA for the financial support.

Figure 1.  Simulated distributions of electric potential, φ, in the electrolyte and SOC in a positive electrode active material particle during constant-current discharging at (A) 1.0 mA cm−2 and (B) 10 mA cm−2.  The bottom of the square is defined as the negative electrode surface at φ = 0.  A color variation in the electrolyte indicates the distribution of φ ranging from 0 V (blue) to +3.9 V (red).  A color variation in the particle indicates the distribution of local SOC ranging from 0% (red) to 100% (blue). 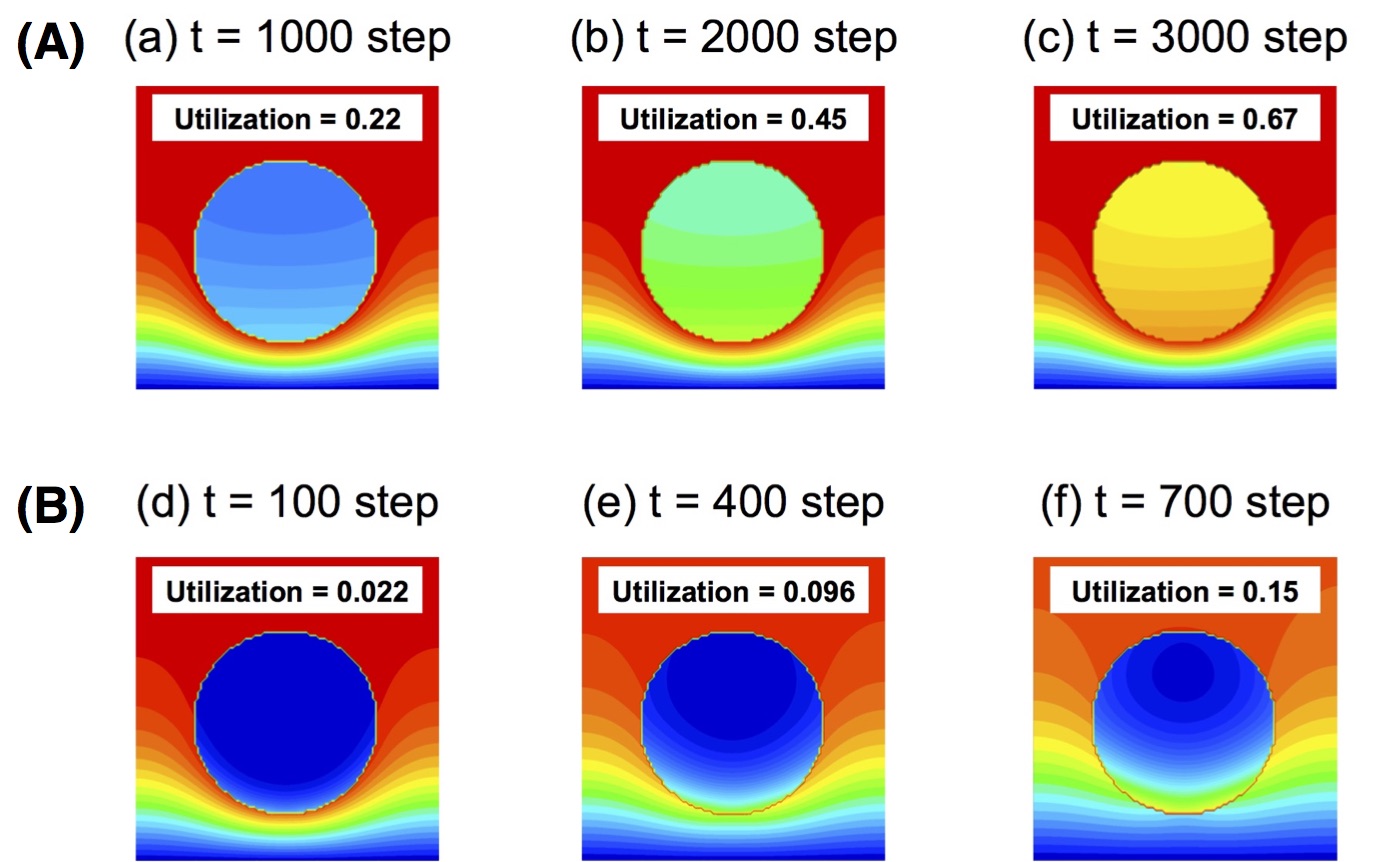