Borein A (Hyatt Regency)
P. Singh (Arizona State University) and D. A. Buttry (Arizona State University)
There is an urgent need for the development of energy efficient methods for the capture and storage of carbon dioxide (CO2). Several electrochemical agents which can capture CO2 have been explored in our group over the last few years. The basic idea is to electrochemically reduce a precursor (P) to generate a potent nucleophile (N-) which then reacts with CO2 to form an adduct (N-CO2-). Later, this adduct is electrochemically oxidized to regenerate the precursor and the released CO2 can then be captured. In most cases, the CO2 is bound to either a nitrogen or a sulfur atom of the nucleophile. In the current work, we describe the mechanism for the electrochemistry of bipyridines and disulphides in presence of CO2 in n-butyl-n-methylpyrrolidinium bis(trifluoromethylsulfonly)imide (BMP+ TFSI-) ionic liquid using a combined approach employing experimental studies and digital simulation.

The work has been focused on using bipyridine and disulphide systems for electrochemical CO2 capture. In these systems, the electrogenerated nucleophiles i.e.  bipyridinium radical anions (as shown in Figure 1) or thiolates reacts with CO2 to form an adduct. Furthermore, the CO2 adduct i.e. carbamate or thiocarbonate can be oxidized to release the precursor and CO2. The oxidation potential of these adducts shifts far positive as compared to the oxidation of the nucleophiles. Based on the detailed comparison of the experimental data with simulations using possible mechanistic models, it is found that the electrogeneration of nucleophiles reacts with CO2 to form an adduct and the direct oxidation of the adduct using EC mechanism releases the precursor and CO2.

We acknowledge the support from Advanced Research Projects Agency (ARPA-E) for this work. 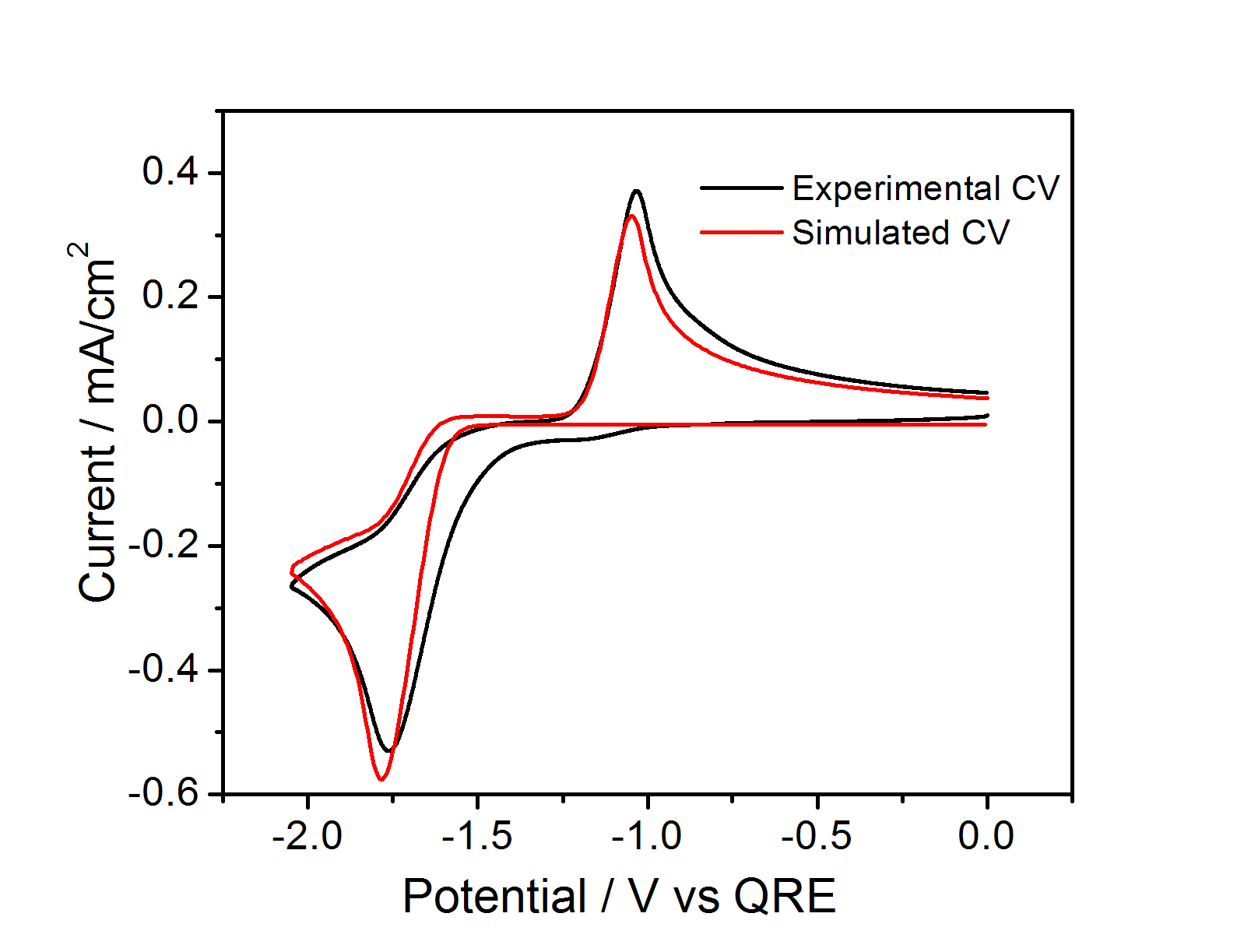