Composite films were electrochemically deposited from an aqueous MWCNTs, Pyr, and sodium dodecyl sulfate (SDS) solution onto a copper substrate. After deposition the films were annealed at 230˚C for an hour, allowed to cool to room temperature, then exfoliated using tape. SEM, AFM, and ATR-FT-IR spectroscopy were performed on unexfoliated films. 4-point probe conductivity and UV-Vis transmission measurements were performed on exfoliated films.

SEM analysis (Figure 1) shows two components of the composite, MWCNTs and Pyr forming a dense mat. All three components of the precursor were present in the final film as confirmed by ATR-FT-IR spectroscopy and the films were minimally transparent in the UV-Vis region (%T<.5%). The roughness of the film from AFM was RMS = 77.1 nm. Lastly the films had low conductivity of 0.015 S/cm.

Further optimization of the precursor and deposition cycle will hopefully result in composite films with high charge density for applications in double layered capacitors. 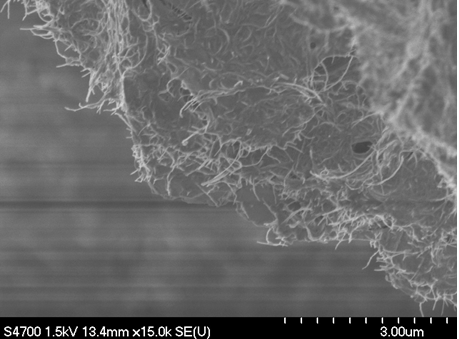 Figure 1:SEM micrograph of the edge of the Pyr/ MWCNT composite film deposition.