Borein B (Hyatt Regency)
J. Masud, A. Swesi (Missouri University of Science & Technology), and M. Nath (Missouri University of Science & Technology)
Direct methanol fuel cells (DMFCs) have been studied as an alternatives of conventional energy-generating devices due to their high energy density and low-to-zero emissions. Although significant advancements have been achieved for DMFCs in recent years, unremitting efforts are still needed to make them commercially applicable. The methanol “cross-over” phenomenon, the permeation of alcohol through the membrane, remains as one of the major problems for the widespread commercialization.1 In order to overcome this drawbacks, efforts are focused in the development of a new cathode electrocatalysts that do not adsorb methanol while maintaining an excellent activity for the oxygen reduction reaction. Here, we demonstrate transition metal  selenide, MxSey (M = Co, Ni) based electrocatalysts for oxygen reduction reaction (ORR) in alkaline solution which also exhibit high methanol tolerance.

Electrocatalysts were prepared by electrodeposition on GC electrodes. These catalysts exhibited excellent ORR activity in presence of methanol in 0.1 M KOH solution. The onset potentials for ORR in 0.1M KOH solution were found to be 0.85 and 0.9 V (vs. RHE) for NixSey and CoxSey, respectively, which even didn't change in presence of methanol. The catalysts were characterized using TEM, SEM, EDX, XRD and XPS for morphology, elemental chemical compositions, phases and electronic states. Figure 1 shows SEM images of the catalysts (NixSey and CoxSey). The detailed electrochemical studies along with catalytic activities will be presented in the meeting. 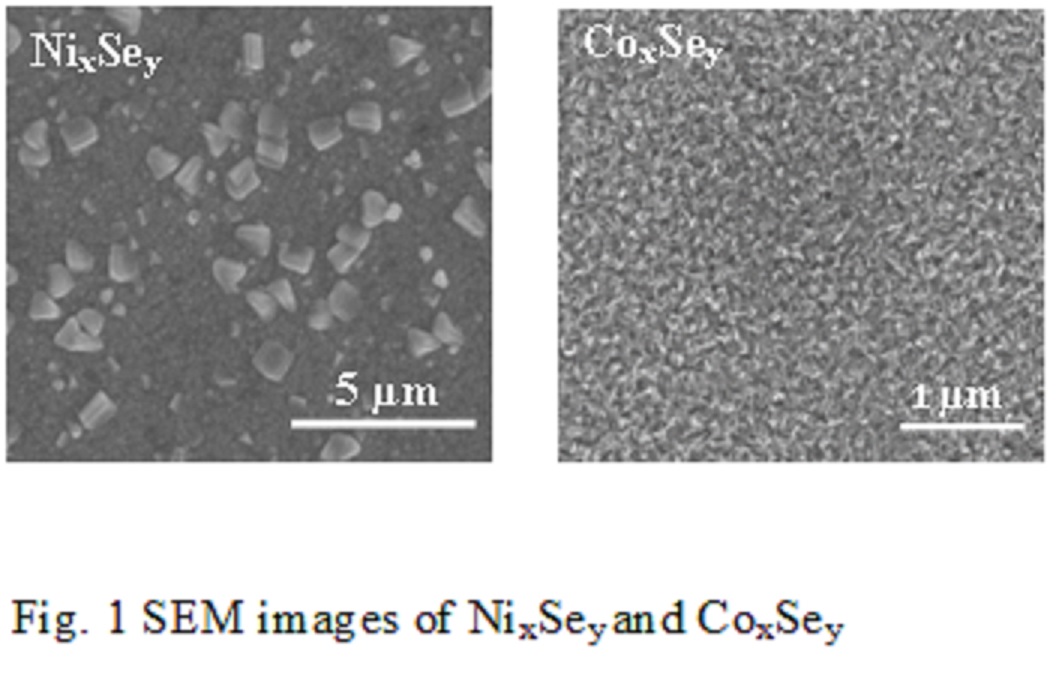