Ellis West (Hyatt Regency)
C. H. Chu, I. Sarangadharan (National Tsing Hua University), A. Regmi, Y. T. Chen (Institute of NanoEngineering and MicroSystems), and Y. L. Wang (National Tsing Hua University)
The acquired immunodeﬁciency syndrome (AIDS) caused by human immunodeficiency virus type 1 (HIV-1) has been a worldwide health problem. Currently, typical diagnositic of HIV is to detect the antibody that generated from human immune system after HIV infection. However, it takes several weeks for human immune system to generate the antibody against the HIV. The enzyme-linked immunosorbent assay (ELISA) is frequently used for antibody detection. On the other hand, nucleic acid amplification by PCR can detect the HIV in early stage. However, the cost for PCR is quite expensive and require specific reagents, and sophisticated. In this study, high electron mobility transistors (HEMTs) immobilized with HIV-1-specific aptamer, which is sigle-stranded DNA, have been shown to detect the HIV-RT enzyme directly with a extremely low concentration as 1fM. The highly sensitive sensor allows the diagnostic of HIV-1 in early stage, which may prevent the spreading of the disease and facilitate early therapy. The principle and the design of the sensor will be discussed. 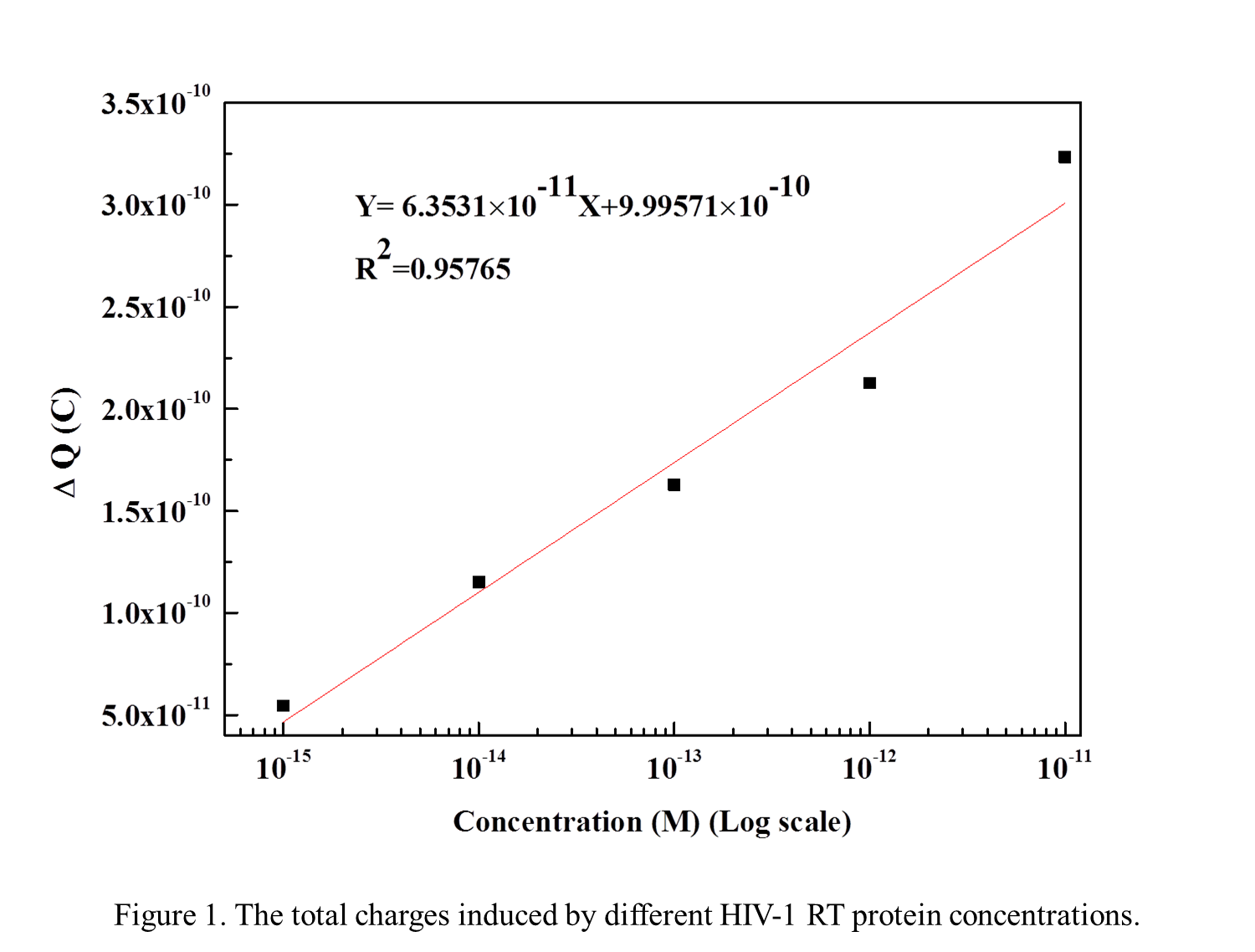