213-A (Phoenix Convention Center)
S. Schlumpberger, N. B. Lu, M. E. Suss (Massachusetts Institute of Technology), and M. Z. Bazant (Massachusetts Institute of Technology)
In this project, we demonstrate experimentally and theoretically the feasibility of exploiting deionization shocks in porous media to perform water purification (“shock electrodialysis”, see figure 1). The basic idea of this new approach is to drive an over-limiting current (faster than diffusion) through a weakly charged porous medium sandwiched between two cation-exchange membranes, producing a sharp “shock” (a propagating wave of salt depletion driven by surface conduction [1,2]) in the salt concentration profile within the porous medium [3, 4]. Flowing through the porous medium allows for continuous deionized and brine streams, which can be separated at the outlet. We here will present our work towards the development of a shock electrodialysis device (see figure 2), which enables the desalination of arbitrary feedwater streams, and allows for continuous, fast flows through the device for high throughput desalination. Using this device, we were able to remove up to 99+% of ions from NaCl feed solutions of various concentrations (see figure 3 for data for one specific feed flowrate and concentration). In addition, in order to gain a thorough understanding of the phenomena underlying the system, we performed detailed simulations of the device (see figure 4). This simulation framework will be compared to experimental data and is also used to gain useful engineering insights which are useful in improving the prototypes that we are building. Overall, preliminary results show good desalination factors, reasonable efficiency, and unique separation capabilities, such as removal of particles and disinfection, which may find applications in compact water treatment and brine concentration.

[1] Mani, A.; Zangle, T.; Santiago, J.G. On the Propagation of Concentration Polarization from Microchannel-Nanochannel Interfaces Part I: Analytical Model and Characteristic Analysis. Langmuir 2009, 25 (6), 3898-3908 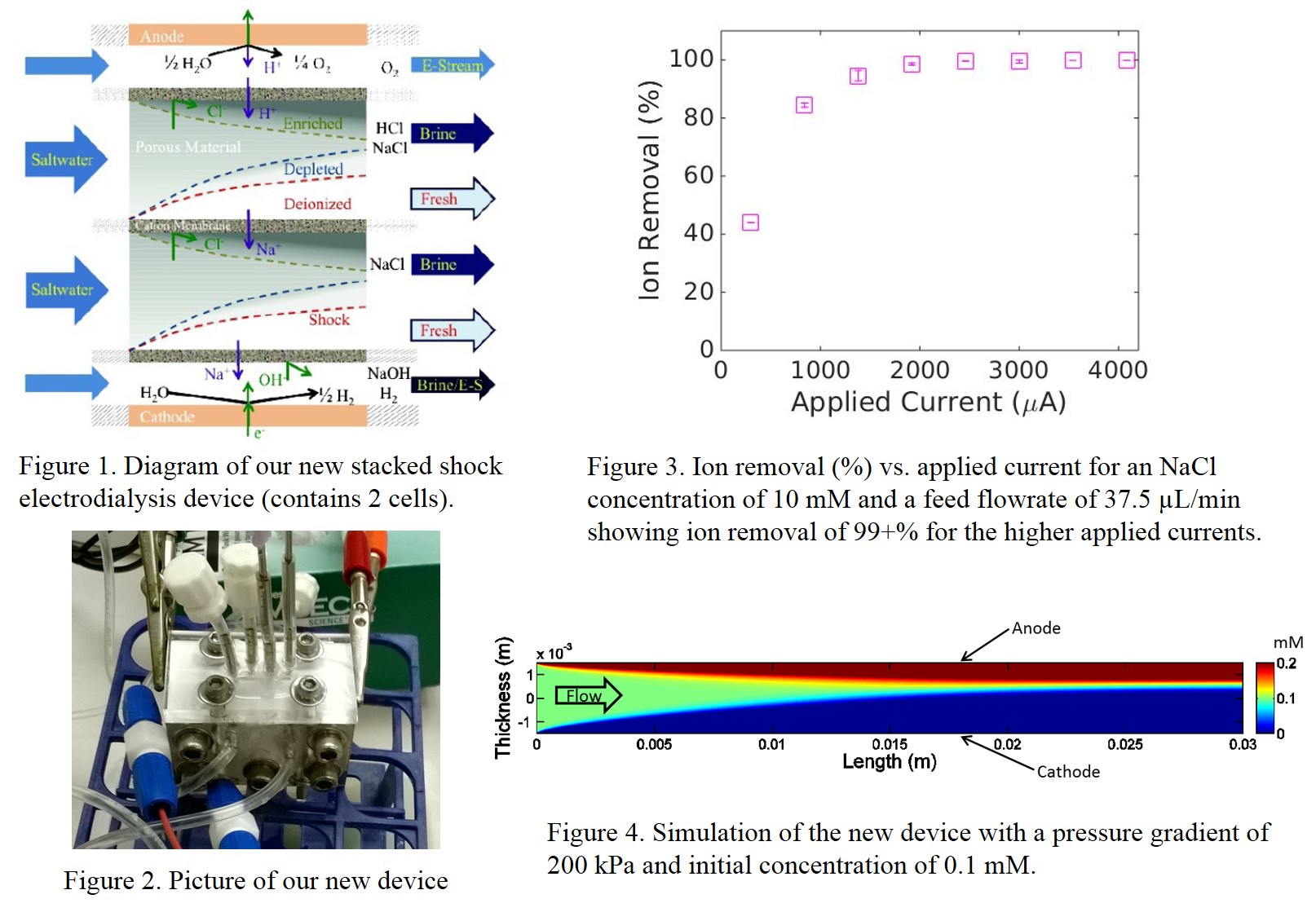