National Harbor 3 (Gaylord National Resort and Convention Center)
Y. Tabe, T. Satake, T. Iiri, T. Hayashi, and T. Chikahisa (Hokkaido University)
In polymer electrolyte fuel cells (PEFCs), the cathode catalyst layer (CL) needs a large amount of Pt because of the slow oxygen reduction reaction. Since electron, proton, and oxygen are necessary for the cathode reaction, achieving the optimum structure of electrode CL and the efficient transport of the reactants is significantly effective to reduce the usage of Pt catalyst. This study investigated the effects of cathode CL structure on the cell performance experimentally, and evaluated the dominant transport resistances of oxygen in the CL. The catalyst layers with various structures, such as various densities of Pt catalyst on carbon and various thicknesses, were fabricated. To distinguish the oxygen transport resistance in the CL from the other resistances in gas diffusion layers and channels, IV characteristics were measured with different total pressures, and the limiting current density method (1)(2) was applied. Pore size distributions (PSDs) of the CLs were also measured by nitrogen physisorption method, and the CL structures were estimated. Using a model analysis of oxygen transport resistances in the CL (1), the contributions of various oxygen transport resistances in the CL were evaluated in further detail. 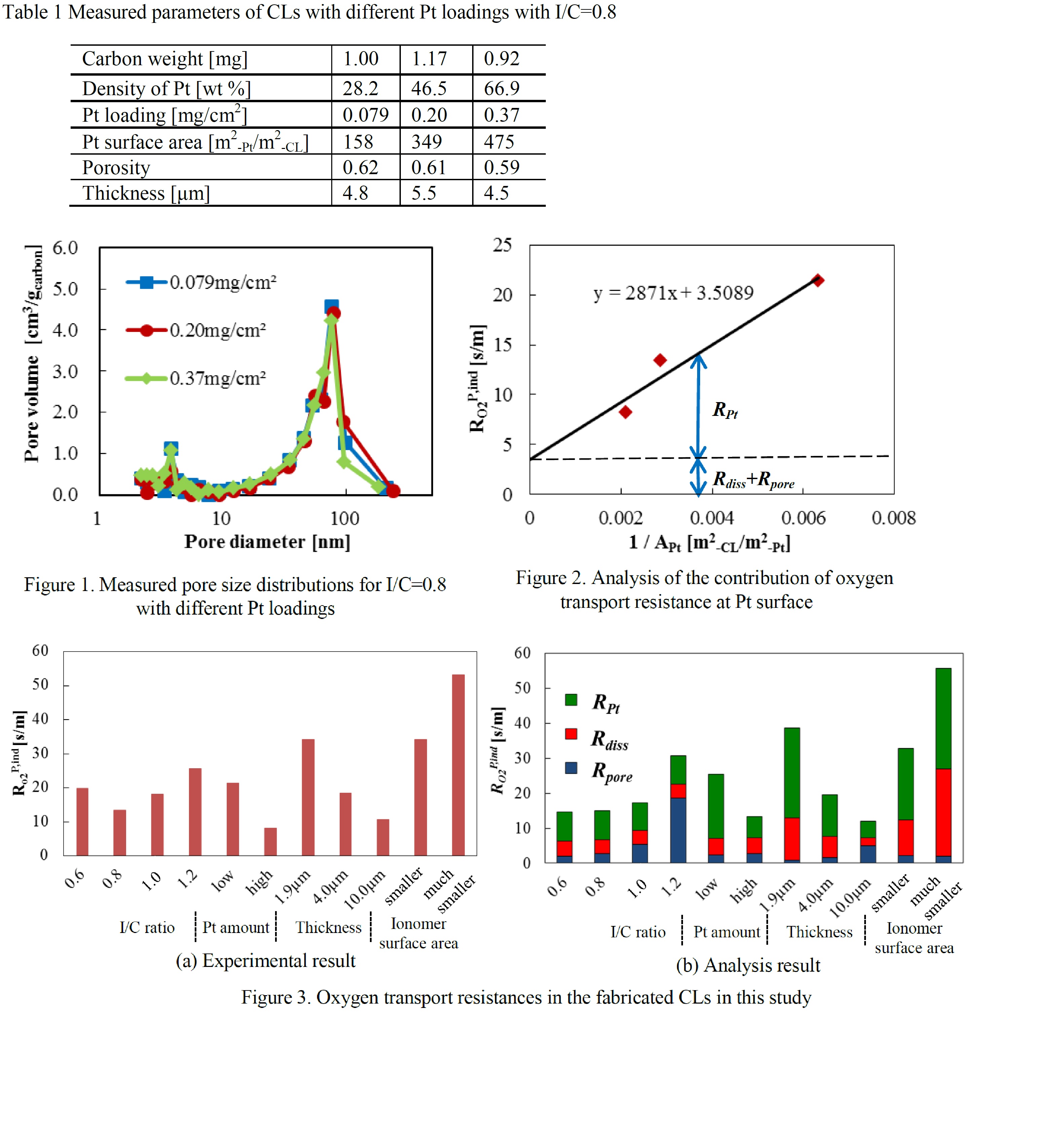