692
Hydrogen Entry into Steel Exposed in an Outdoor Environment

Hydrogen permeation current for steel exposed in an outdoor environment was measured by Devanathan-Stachurski method1. A sheet of plain carbon steel (0.020%C, 0.01%Si, 0.18%Mn, 0.015%P, 0.007%S, bal. Fe) was used as a material. The steel sheet was exposed at Choshi exposure test and research center (Chiba, Japan). The exposure test started at August, 2016 and the exposure period was changed from 1 to 6 months. After the exposure test, the steel sheet was cut into a small coupon of 25 mmw x 25 mml x 0.8 mmt. The exposed steel surface was washed with Milli-Q water (18 MΩ•cm). One side of the steel surface facing to the air was used as a hydrogen-entry side and the opposite surface of the steel was used as a hydrogen-withdrawal side for hydrogen permeation tests. The hydrogen-withdrawal side was polished and electroplated with Pd ca. 400 nm in thickness before hydrogen permeation test.

In this study, hydrogen entry into steel exposed in an outdoor environment was investigated with hydrogen permeation current and corrosion potential measurements. It was found from the results of hydrogen permeation current and corrosion potential that hydrogen entry into steel after the exposure test was observed during drying of a water droplet. Therefore, hydrogen absorption reaction into the exposed steels occurs with corrosion. 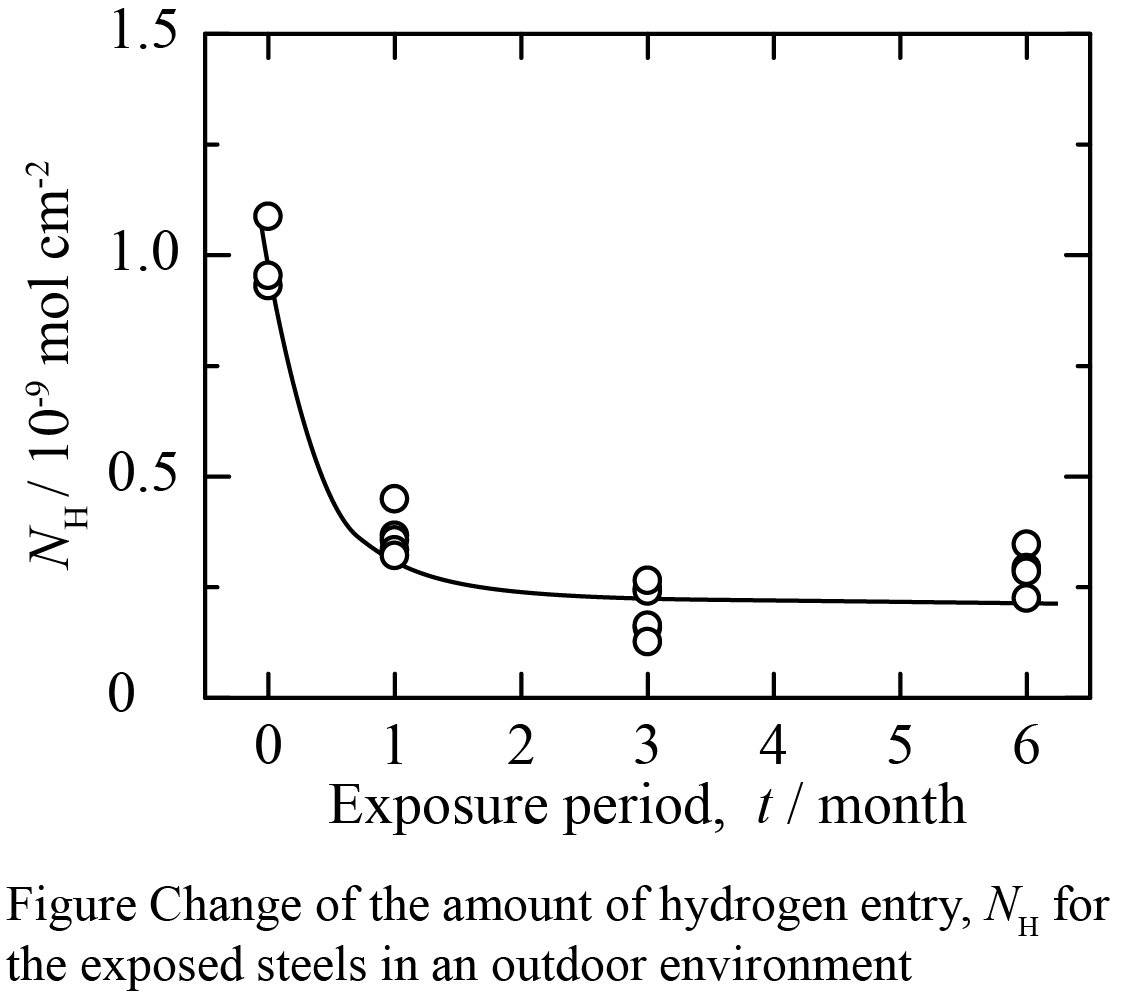