The naturally occurring amino acid L-cysteine is involved in many important biochemical processes, including the formation of “zinc finger” proteins (1). The electroactive thiol group in cysteine allows electrochemical investigation of its properties and interactions with other substances. The present contribution deals with the complexation of L-cysteine with zinc(II) ions in various buffered aqueous media and is a continuation of work previously presented (2).

Recent work from this laboratory has shown that the interaction of zinc(II) ions, added as ZnSO4 heptahydrate, with L-cysteine can be followed by cyclic voltammetry (Figure 1). This work is intended as a model for the formation of “zinc finger” proteins, which involve interactions between zinc(II) and cysteine and histidine units in the protein structure (1). Figure 1 (a) shows the voltammogram for 8.6 mM L-cysteine in 0.1 M pH 7.4 phosphate buffer at glassy carbon. Upon addition of ZnSO4 to L-cysteine in a 1:2 Zn2+: Cysteine mole ratio [Figure 1(b)], the broad oxidation process underwent a significant shift to a more positive potential. This observation is consistent with the complexation of Zn(II) by L-cysteine. Upon sweeping to more negative potentials, reduction of the complex was found to occur near the solvent reduction limit, followed by zinc stripping at approximately -1.0 V vs Ag/AgCl. Interesting comparisons with results at gold electrodes (2) can also be made. Further details for the complexation process are also planned for presentation. Other investigations have involved electrochemical impedance spectroscopy (EIS) to determine the extent to which L-cysteine interacts with various electrode surfaces. 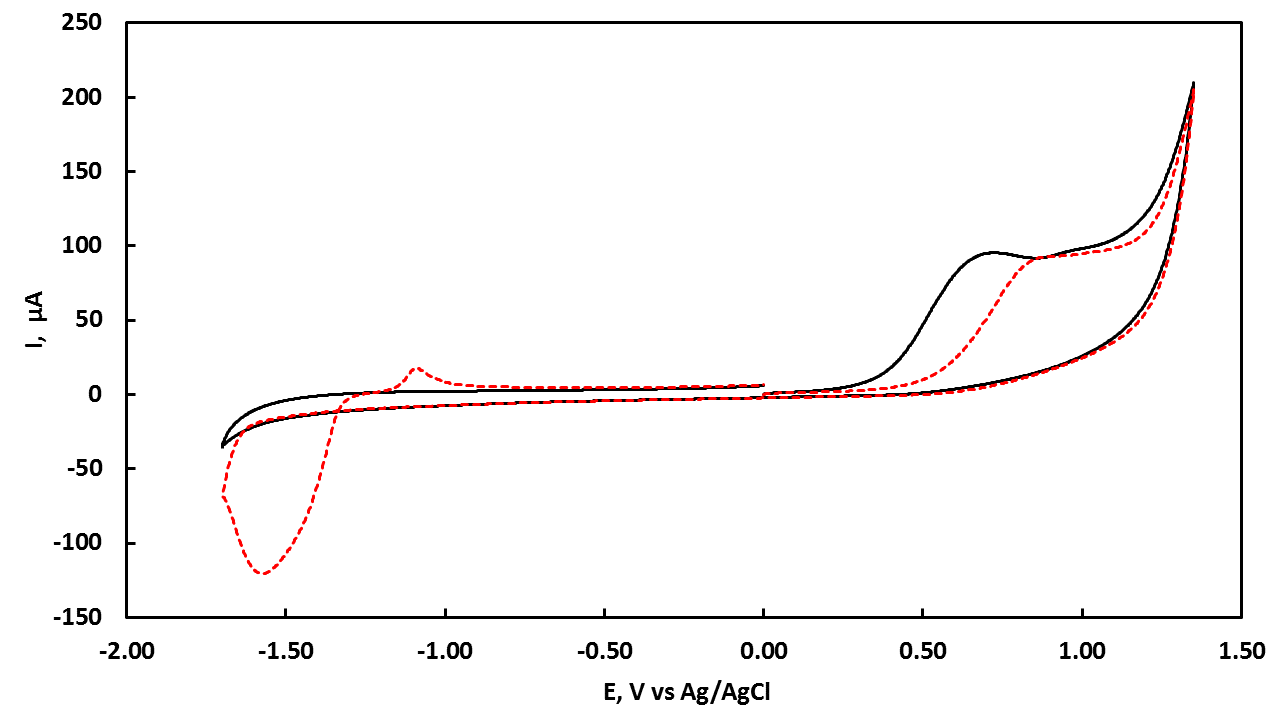