National Harbor 15 (Gaylord National Resort and Convention Center)
L. Hu (Carnegie Mellon University), B. K. Hong, J. G. Oh (Hyundai Motor Company), and S. Litster (Carnegie Mellon University)
For vehicles using polymer electrolyte fuel cells (PEFCs) to be commercially competitive with conventional internal combustion engine vehicles, three major challenges must be resolved, i.e., cost, performance and durability (1). The durability of a PEFC system can be largely affected by hydrogen starvation. During the startup/shut down process (2) of the fuel cell system, or when the flow channel is blocked by water or ice, local hydrogen starvation arises within one or many of the cells in the fuel cell stack. When this happens, hydrogen oxidation reaction (HOR) on the anode side cannot support the current imposed by the other cells. In that case, the anode half-cell potential increases relative to the cathode potential, and the cell voltage reverses. The high anode half-cell potential during cell reversal leads to water electrolysis and carbon corrosion reaction, the latter of which causes damage to the carbon support in the catalyst layer and leads to severe cell performance degradation. Hydrogen starvation in normal operating condition has been extensively investigated (3-5). However, little research has been conducted on cell reversal at sub-zero temperatures. 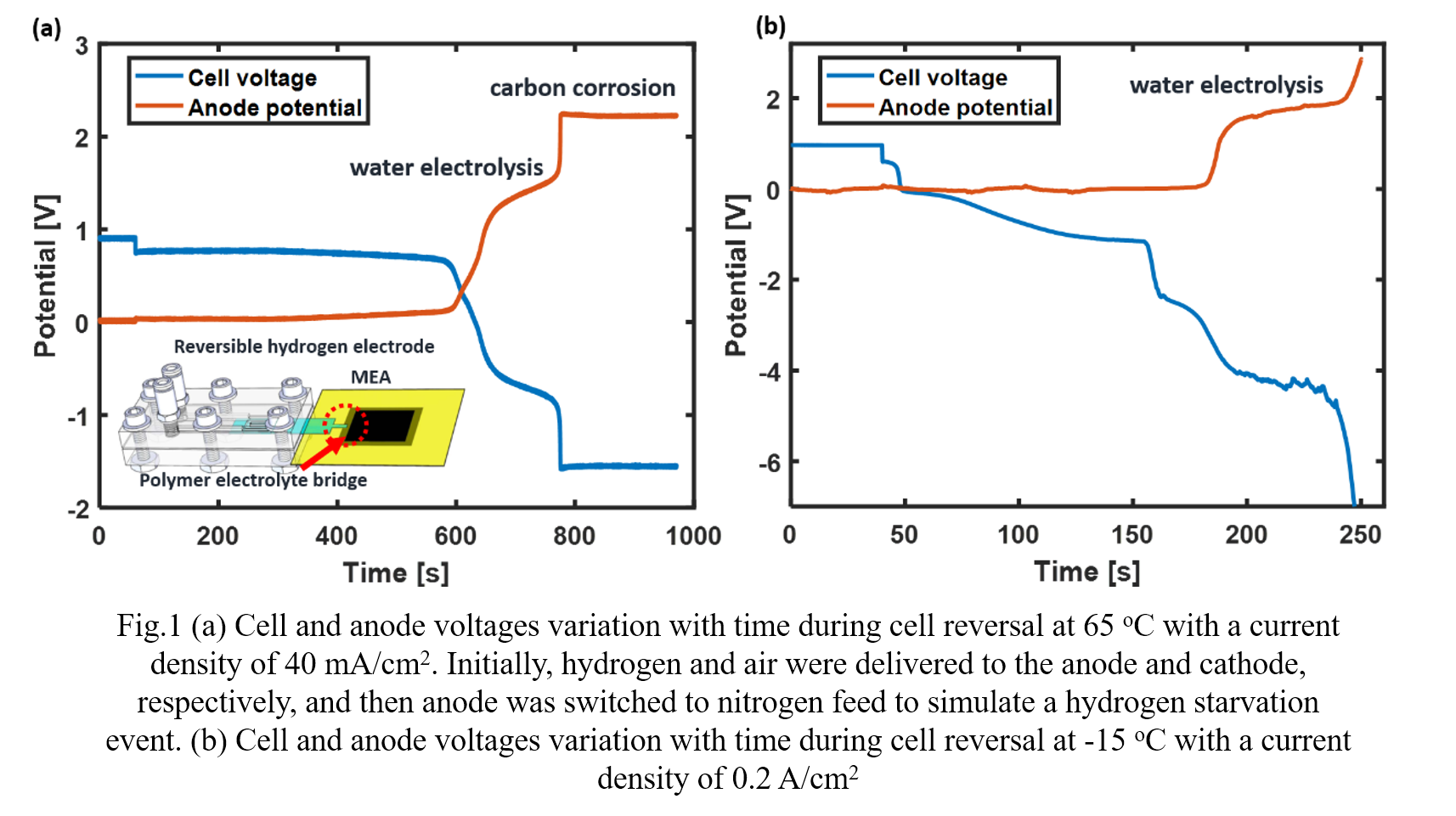