Discussion:
Most commercial Li-ion cells are cycled using a constant-current, constant-voltage profile.  Voltage limits are typically set between 3 and 4.2 V.  When using novel cell chemistries it is important to understand how industry standard cycling profiles affect the evolution of the voltage–capacity profile.  Anode/cathode voltage is tracked in a three electrode cell to understand how the voltage profile of each electrode evolves over time/cycle number.  Data shows that as silicon electrodes are cycled they lose capacity/active lithium inventory (Figure 1).  Silicon electrodes have a sloping voltage profile.  When lithium inventory is depleted the end of charge voltage at the anode will increase; correspondingly, the end of charge voltage at the cathode will increase (> 4.4 V vs. Li).  This rise in voltage at the end of charge will liberate more lithium from the cathode, replenishing some of the lost lithium inventory.  This has short term gains by replenishing the lost lithium inventory, but long term consequences as cathodes do not cycle well at higher voltages (Figure 2).
Ex-situ XRD data shows that when silicon electrodes are cycled to less than their theoretical capacity, the conversion from crystalline to amorphous silicon is continuous (Figure 3).  This suggests that previously amorphized silicon is not preferentially lithiatied, contrary to voltage considerations.  The data suggests that crystalline particles continue to crack during cycling, exposing fresh crystalline silicon surfaces.  Lithium reacts at the newly formed crystalline silicon surface due to its close proximity to the electrolyte, rather than diffusing through the bulk to reach previously amorphized Si.  This process results in continued decomposition of electrolyte, and formation of excessive SEI.  XRD and electrochemical data show that the conversion from crystalline to amorphous silicon stops above ~ 180 mV. 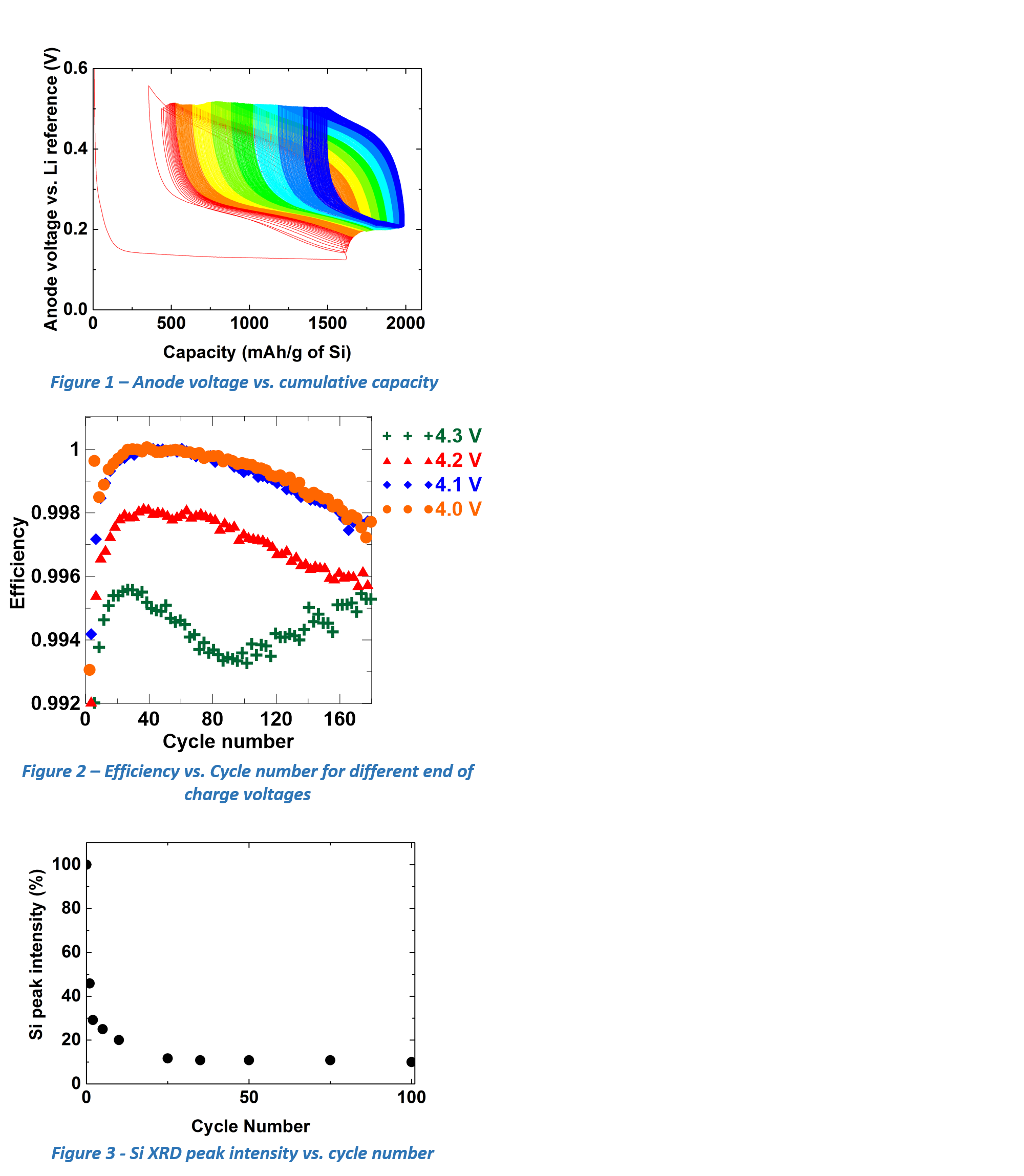