In this study, the thermal desorption spectrometry (TDS) fabricated by ESCO Ltd. was used for films.  There are three main advantages, first it has a sample transfer unit whitch makes it possible to change samples without deteraorate vacuum.  It also show high throughput.  Second sample heating unit is unique, the heating lamp located out of chamber, the samples are heated through qualtz pole.  Therefore the heated area is very located, exact temperature of samples is measured.  Third, a distance between sample and quadrupole mass spectrometer (QMS) is very short, only 10 cm.  These three points make the TDS high sensitivity.  In this study, we have used the TDS to detect cyanide in the plated films.

Cyanide was detected from the plated film which was plated from cyanide free bath. Figure 2 demonstrates TDS spectra which means the synthesized cyanide in the films.  In some cases, the cyanide was also detected from an activated carbon after activated charcoal treatment.  The charcoal treatment also worked to eliminate the cyanide.  The cyanide is easily synthesized under the condition with supply of nitrogen and carbon atoms.  For example, a representative nickel electroplating bath, Watts bath with glycine and ammonium sulfate.  Figure 3 demonstrates TDS spectra (M/z=27) of the Ni films plated from modified Watts bath.  The cyanide was also detected from all samples fabricated from modified Watts baths.   Caution of cyanide synthesis is necessary and we should carefully treated platting baths which contain compound nitrogen atoms source such as ammonium and carbon atom source such as hydrocarbon. We should also carefully treated disposal of activated carbon after activated charcoal treatment, because they might contain cyanide.

We have investigated plated films by using thermal desorption spectrometry (TDS).  The cyanide compounds have been detected for the films plated from cyanide free bath.  Since there were some paper which reported the cyanide compounds were synthesized, the results of this study shows the cyanide synthesis in the bath during plating. The activated charcoal treatment has worked to absorb the synthesized cyanide.  The activated charcoal treatment

This work was partially aided by MEXT-supported Program for the Strategic Research Foundation at Private Universities. 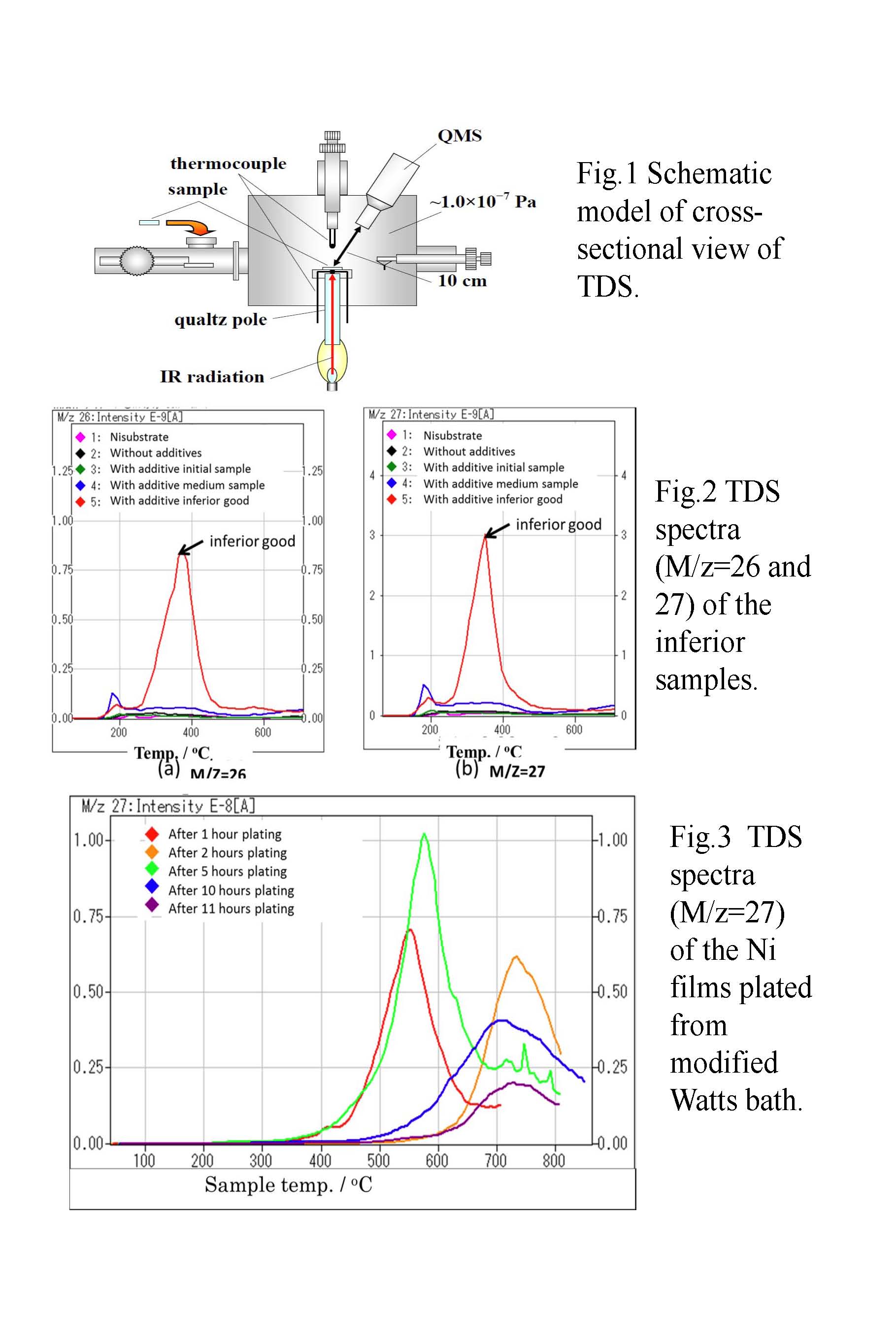