Bonnet Creek Ballroom II, Lobby Level (Hilton Orlando Bonnet Creek)
A. Sahin, J. M. Cotte, Q. Huang, and B. Baker-O'Neal (IBM, T. J. Watson Research Center)
With the advances in device fabrication, scaling of electrochemical techniques to molecular scale is becoming essential. Electrochemical deposition of metals in devices with nanoscale dimensions can play an integral role in reducing critical dimensions of such devices. This study focuses on electrochemical deposition of palladium on substrates such as titanium nitride, ruthenium and palladium that are commonly used in manufacturing of nanoscale devices such as nanochannels and nanopores.

Cyclic voltammetry and hydrodynamic linear sweep voltammetry were used to understand the effects of electrolyte composition and operating conditions on palladium electrodeposition. Blanket samples of titanium nitride, ruthenium and palladium were plated to study nucleation of palladium on these substrates. It was observed that high nucleus densities could be achieved on all three substrates under optimal operating conditions and electrolyte compositions. Ruthenium and palladium substrates behaved similarly in the electrolytes used in this study whereas titanium nitrite behavior was different. 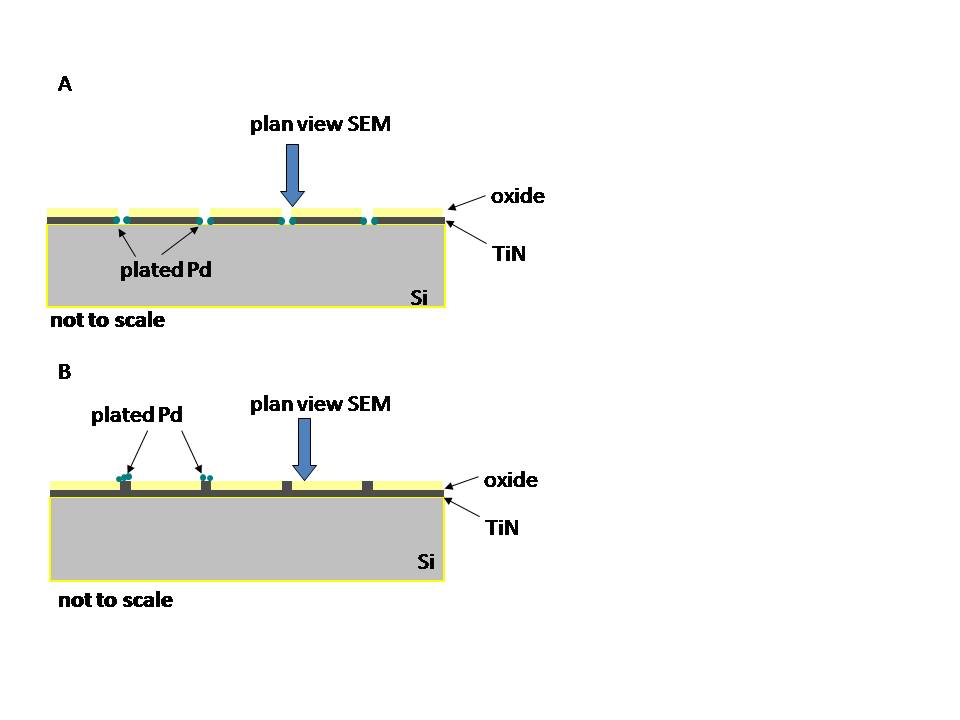