Plasma enhanced nitride (PESiN) has been applied for various layers in semiconductor device such as spacer, etch stopping layer, strain layer, hard mask. In order to match with each function of PESiN, process condition should be well optimized in terms of etch rate, stress, uniformity. In addition, defects which might be caused during process should be controlled for manufacturability. In this paper, Bubble shaped lifting defects that were observed open by PESiN were investigated. According to study for various cases of PESiN lifting defect, methods to control lifting defect were defined.

In this paper, lifting defects by compressive stress and hydrogen trapping were introduced. According to analysis of lifting defect mechanism, several reduction methods were investigated such as buffer layer, pre bevel etch, SiN thickness dependency, post hydrogen effect. These various methods will be helpful to solve this kind of lifting defect for manufacturability. 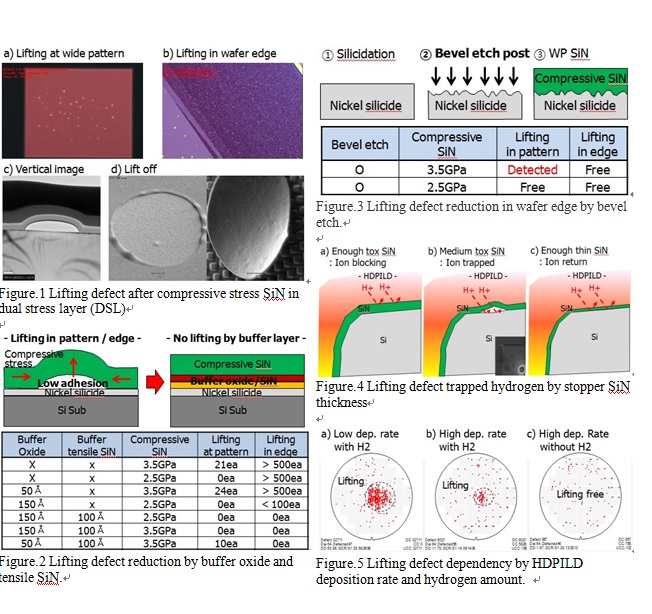