Grand Foyer, Lobby Level (Hilton Orlando Bonnet Creek)
Z. HU (UNIVERSITY OF UTAH), J. Vatamanu (University of Utah), and D. Bedrov (The University of Utah)
Tetraethylammonium tetrafluoroborate in acetonitrile solvent is commonly used as electrolyte in supercapacitors. For example, this electrolyte was utilized to probe an unusual capacity increase in subnanometer C-based nanopores. Understanding the electrolyte structuring near electrode is important in elucidating the mechanism of electric double layer formation and the increase of energy densities stored by capacitors. In this work we study the electric double layer structure formed at the interface between this electrolyte and an atomically flat conductive electrode surface as a function of the applied electrode potential. Both the electrode and the electrolyte were modeled as fully polarizable. The uncharged surfaces have stronger affinity for the cation than for BF4 anion. The solvent is adsorbed at the positive surface and repelled from the negative one. Based on electrolyte rearrangement at electrode surfaces we explain the unusual shape of differential capacitance which is continuously increasing in the electrode potential window of -3V to +3V. 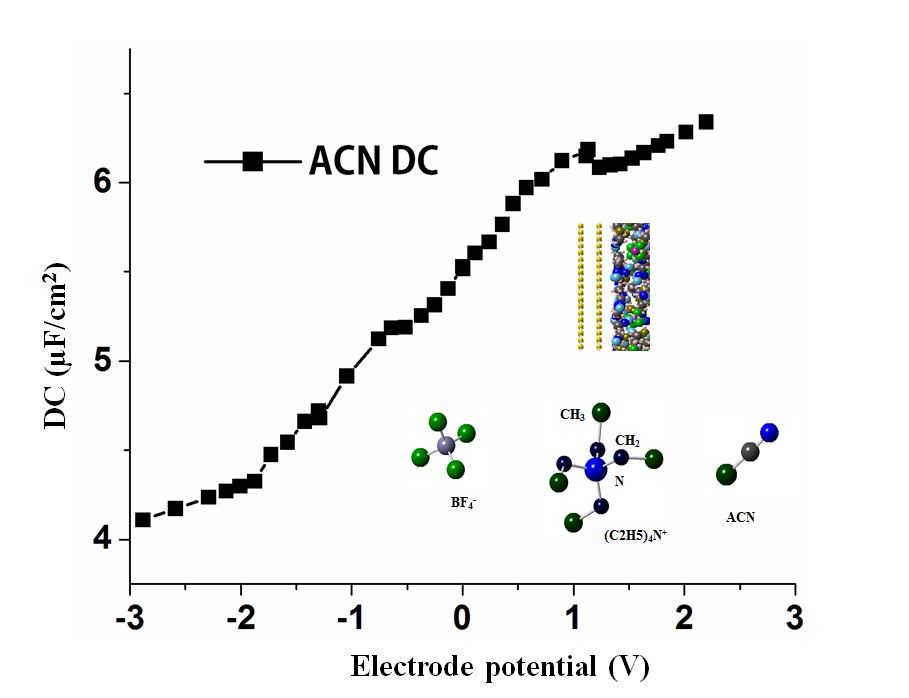