Electrochemical Impedance Spectroscopy (EIS) is one of the most popular and convenient methods for battery examination, since it provides us with the general information about cell resistance. A typical impedance spectrum of the lithium-ion cell is composed of two partially overlapped semicircles and a straight line at low frequency end. However, these two semicircles, represented by the two RC circuits which correspond to SEI film and the combined effect of diffusivity, charge transfer, and double layer, are difficult to discriminate.

This study adopted a simple EIS model of LIBs, whose equivalent circuit is shown in Fig. 1 [1]. In this case, each component delineates and models its corresponding physics. We swept the cell over the frequency range from 10 kHz to 0.01 Hz at various states of charge (SOCs). According to the previous works [2, 3] and our proposed fitting procedure, we could precisely fit the experimental spectra by the EIS model, as shown in Fig. 2. The determination of the nine parameters in this model enables us to further simulate the discharge curve, as shown in Fig. 3, which proves to be compatible with that obtained from the experiment [4].

To separate two partially overlapped semicircles, it is necessary to find a method to distinguish Rct from Rsei. The charge transfer resistance Rct can be determined from the expression i0=RT/nFRct, where the exchange current density i0 is evaluated by the electrochemical model simulation, and R and T respectively denote the gas constant and the Kelvin temperature. As soon as Rct is achieved, the curve fitting of the impedance spectrum helps us to obtain the other eight parameters. Further study will be conducted to find the relation between the nine parameters and SOC from the impedance spectrum. This relation is useful for electrochemical model simulation of lithium-ion batteries in the future. 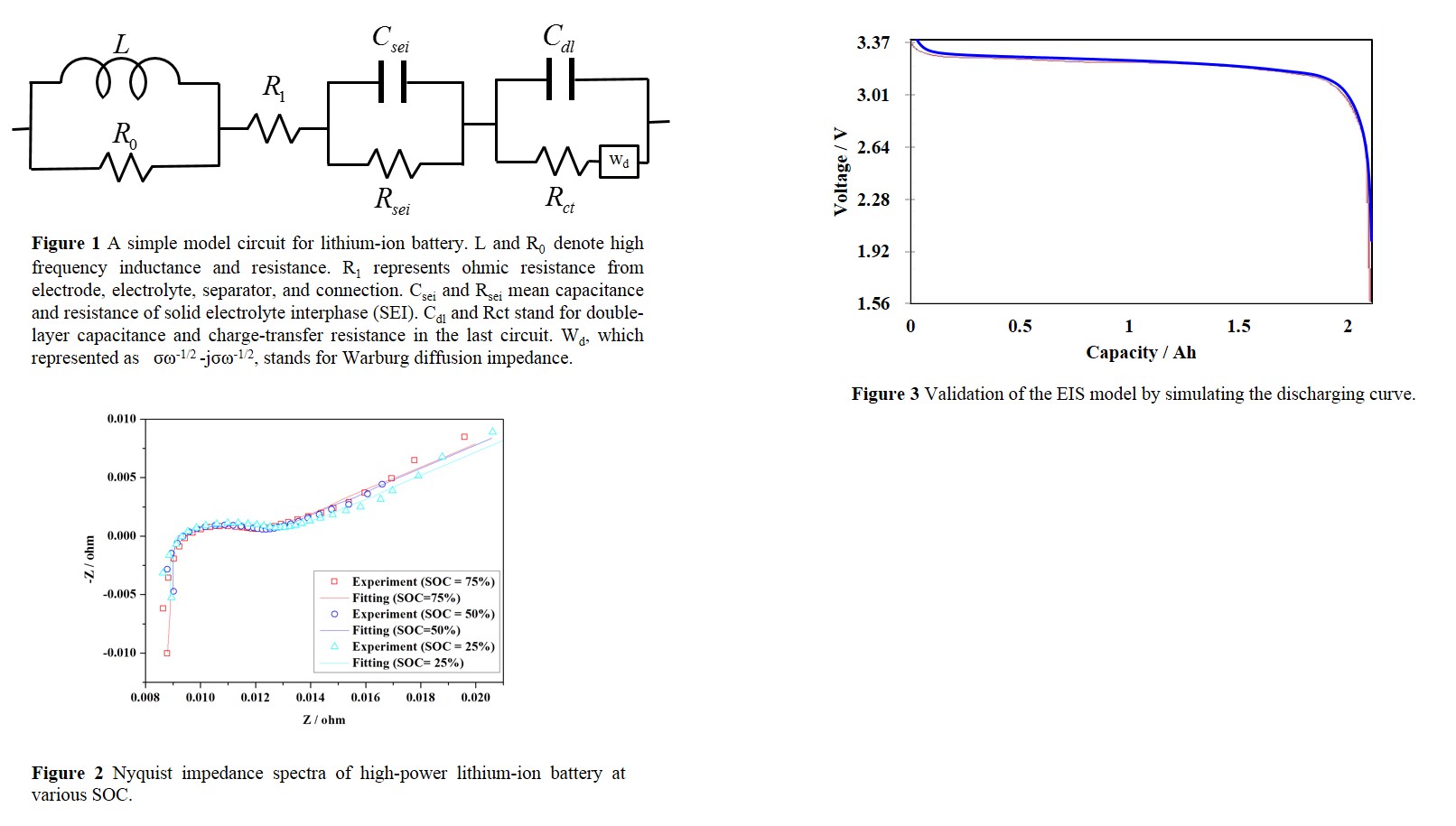