Floridian Ballroom F, Lobby Level (Hilton Orlando Bonnet Creek)
V. Viswanathan (SUNCAT Center for Interface Science and Catalysis, Carnegie Mellon University), H. Hansen (Stanford University), and J. Nřrskov (SUNCAT Center for Interface Science and Catalysis, Stanford University)
Oxygen reduction reaction (ORR) has been a subject of major interest in electrochemistry owing to its technological and scientific importance.  The fundamental understanding of this reaction has been largely based on the surface science approach to electrocatalysis.[1] The surface science approach has allowed the bridging of theory and experiment by enabling direct theoretical investigations of the reaction mechanism of oxygen reduction reaction on model systems.

In this talk, we will address the issue of 2e− versus 4e− reduction of oxygen on metal surfaces. Using a detailed thermodynamic analysis based on density functional theory calculations, we show that to a first approximation an activity descriptor, ΔGOH*, the free energy of adsorbed OH*, can be used to describe trends for the 2e− and 4e− reduction of oxygen. We demonstrate the existence of a universal activity volcano shown in the Figure and find quite a remarkable agreement between the predictions of the model and experimental results spanning nearly 30 years.[2-4] 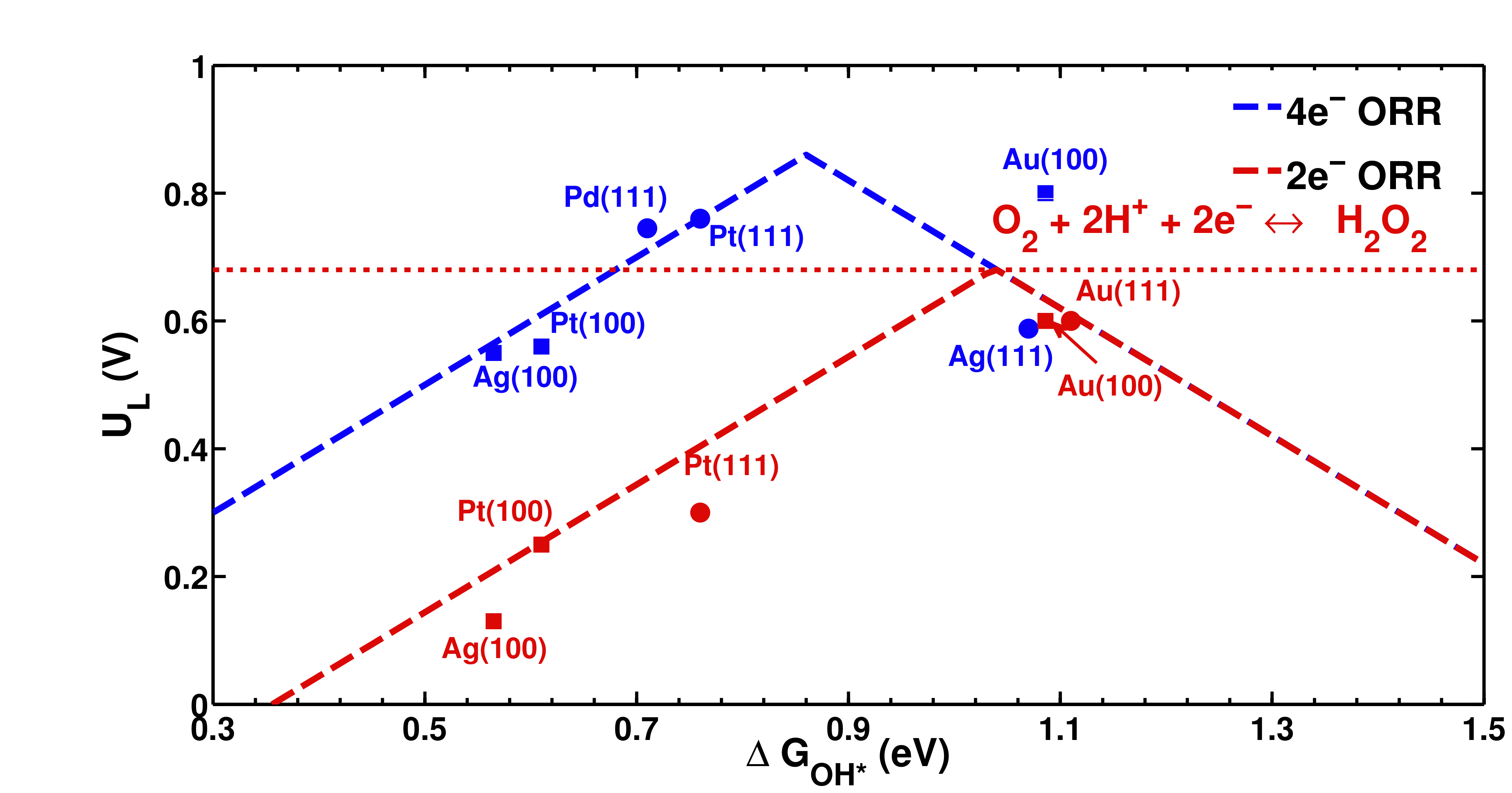