In order to understand this phenomenon, we investigated a Y/Pt(111) single crystal, formed by depositing large amounts of Y om Pt(111) under ultra-high vacuum (UHV) conditions and annealing to high temperatures. We subsequently characterised the surface using electrochemical measurements, low energy electron diffraction, ion scattering spectroscopy, angle resolved X-ray photoelectron spectroscopy, temperature programmed desorption of CO, and synchrotron based X-ray absorption spectroscopy and surface sensitive X-ray diffraction. These measurements were supported by DFT calculations. From the experimental investigations of the crystal structure, it could be concluded that we have obtained a Pt5Y structure with a 5.5 % compressive strain compared to Pt. Electrochemical measurements show that the activity approximates that of sputter-cleaned Pt3Y, as shown in Figure A. Since there is no Y in the first few atomic layers, we attribute the high activity to the compressive strain exerted onto the surface by the alloy bulk. 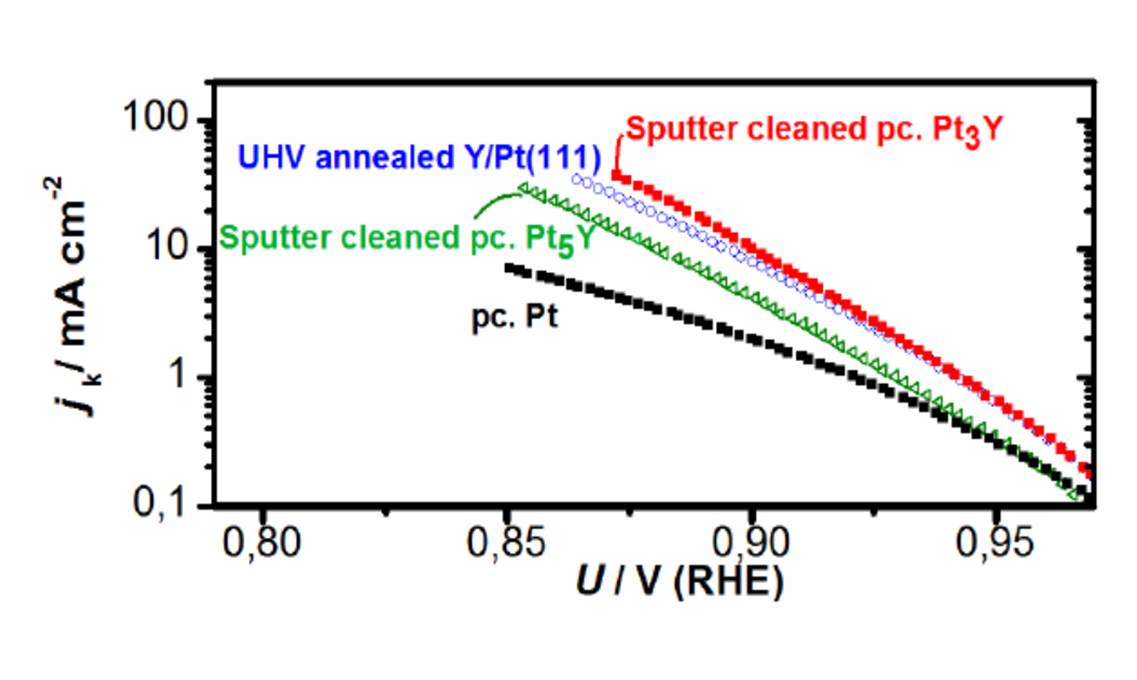