than 2%. While the channel resistance decreased around 5% as shown in Figure 2. The reduction of the channel resistance was mainly due to the increase of mobility and carrier concentration, which were extracted from the drain IV curve in the low field region and TLM data. Kurakin et. al1 found a similar effect that mobility increases after irradiation due to the relaxation of strain. Berthet et. al2 attributed the drain current increases after irradiation to the introduction of donor type defects through the implantation. From gate lag measurement, the dispersion of the drain current measured at 100kHz increased as a function of the gamma irradiation dose indicating additional traps generated between gate and drain electrode and enhanced the current collapse. There was no obvious current dispersion during the drain pulse measurement showing the defects created by the gamma irradiation were less than the original defects through the material growth in the buffer layer. 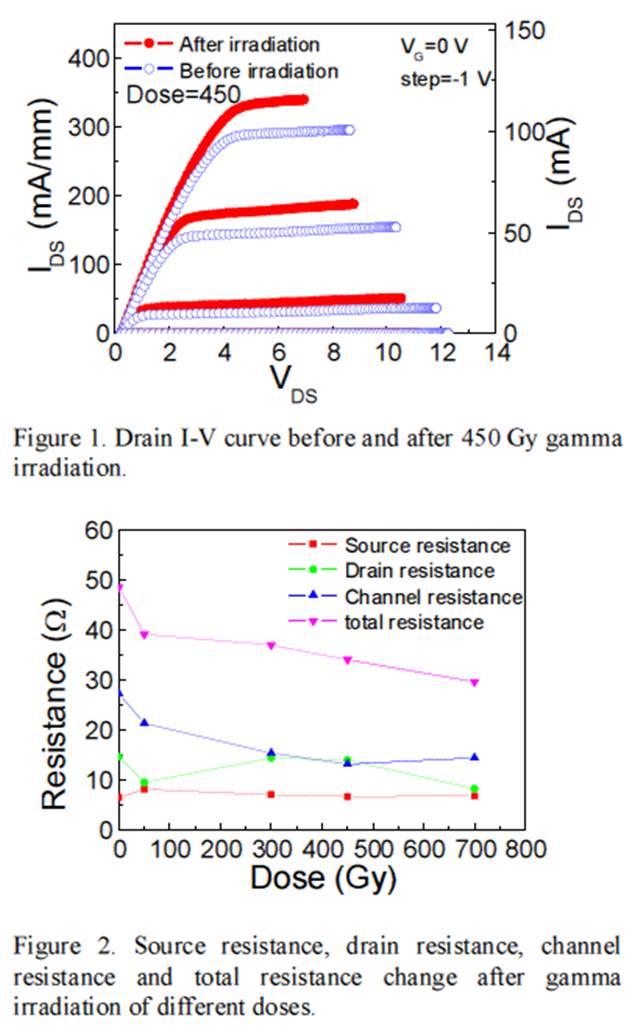