The basic phenomenon leading to degradation of DC performance is the creation of point defects such as Ga or N vacancies and subsequent ionization of the traps. We have successfully modeled DC degradation due to radiation effects with FLOODS, a TCAD finite-element simulator. The simulation of trapped negative charges in the GaN buffer layer explained experimental results. As Figure 1 shows, there is a positive shift in threshold voltage that increases with the concentration of negatively charged traps.

Another phenomenon that occurs in irradiated AlGaN/GaN HEMTs is an increase in breakdown voltage and apparent enhanced reliability. The fundamental mechanism for this phenomenon is unclear. We have shown that the negatively-trapped charges in the GaN buffer are not the primary mechanism and that charging at the AlGaN surface is a plausible reason. This work explores the fundamental mechanisms for charging of the AlGaN surface. We look at the transient effects of electron and hole creation during radiation and subsequent interfacial trapping mechanisms. 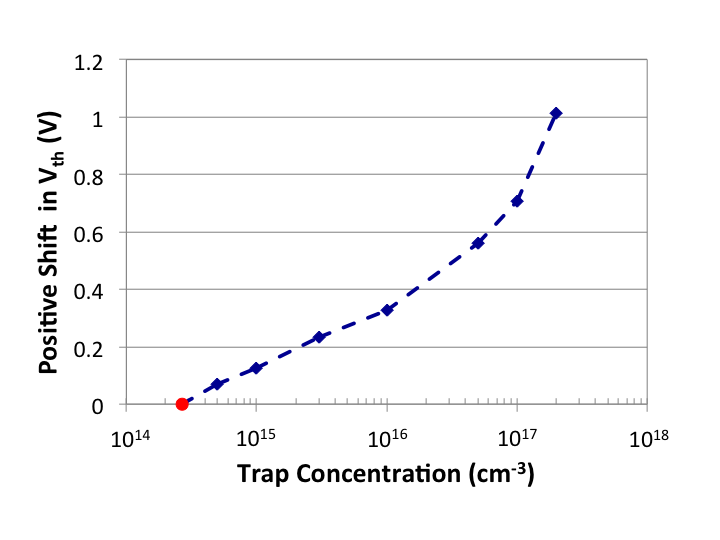