We measured Rt of samples and determined ρc. Rt and ρc are given by

Figure 4 shows TLM result of samples (A) and (B). The values of ρc were 140 mΩ cm2 in (A) and 13 mΩ cm2 in (B). These results indicate that the ρc is mainly determined by resistance of bulk metal (Rm) and the contact resistance (Rc) of these samples is lower than 13 mΩ cm2. The Rc of screen-printed-and-fired Ag electrodes of crystalline Si solar cells was reported as 2~3 mΩ cm2 lower than ρc of sample (B)2). Contact resistance (Rc) is important for devices rather than ρc3). The Rc of electrode prepared by the autocatalytic electroless metallization using Au nanoparticles is approaching the value of conventional electrodes without any heat treatment. We also review interface structure and contacting mechanism between Au nanoparticles and Si semiconductor4).

The present work was partly supported by JSPS KAKENHI (23560875) and A-STEP from JST. 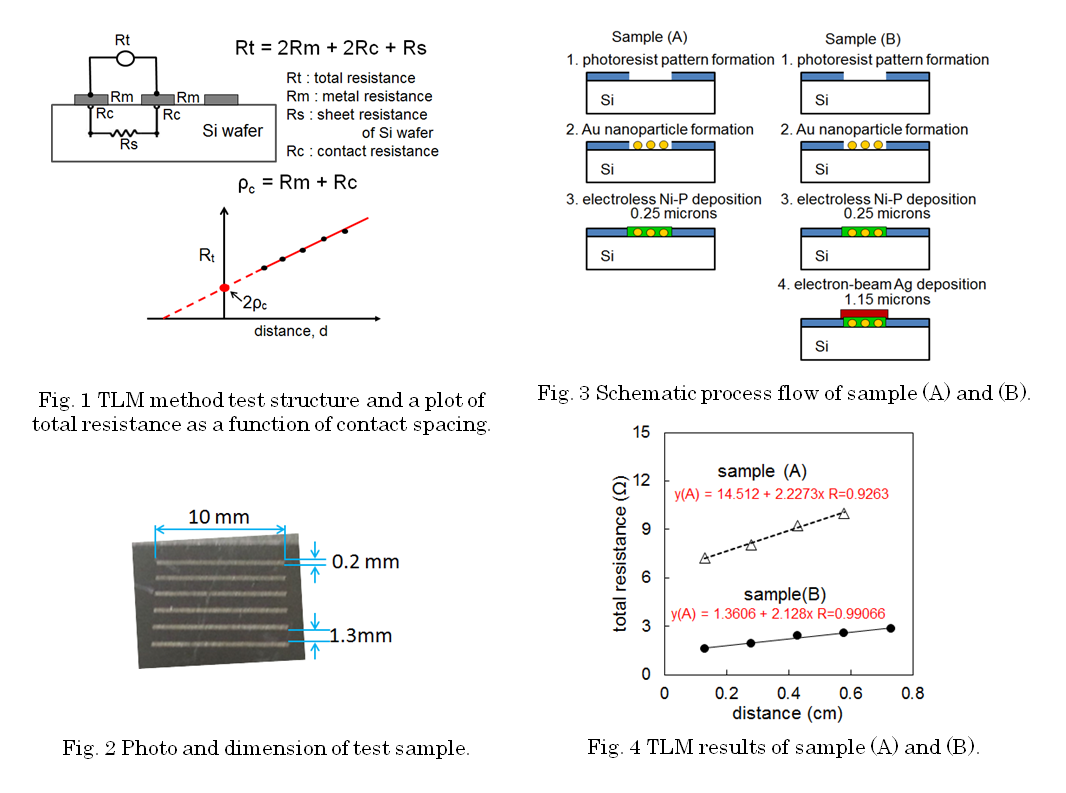