The kinetic behavior of each electrode reaction was studied independently in-situ via the inclusion of a dynamic hydrogen electrode in an operating VRFB. The exchange current density was measured at states of charge ranging from 0% SoC to 100% SoC in a VRFB operating at 25°C with a pure sulfuric acid or a mixed sulfuric-hydrochloric acid electrolyte. The kinetics of the positive electrode reaction (Eq. 1) shows a stronger absolute response to state of charge than does the kinetics of the negative electrode reaction (Eq. 2), but the relative variability is actually similar.  At each state of charge, the exchange current density of the positive couple was greater than that of the negative couple. When corrected for concentration effects, the exchange current density is remarkably constant as a function of state of charge.

The  mixed acid composition has the advantages of significantly increased vanadium solubility and a wider range of battery operating temperatures.2 Preliminary results indicate enhanced exchange current densities for each electrode at 50% SoC as well.   The kinetic response of the mixed acid system as a function of state of charge will be determined via in-situstudies using a DHE. Initial investigations of exchange current at higher states of charge for this system were complicated by the generation of chlorine gas during charging steps. Finally, a relatively wide range of operating temperature can be considered with the use of a mixed acid electrolyte. A comparison of the operational advantages of each electrolyte composition and how they impact VRFB kinetics will conclude this talk.

Acknowledgement:  We gratefully thank Dr. Imre Gyuk and US DOE Office of Electricity for support of this work. 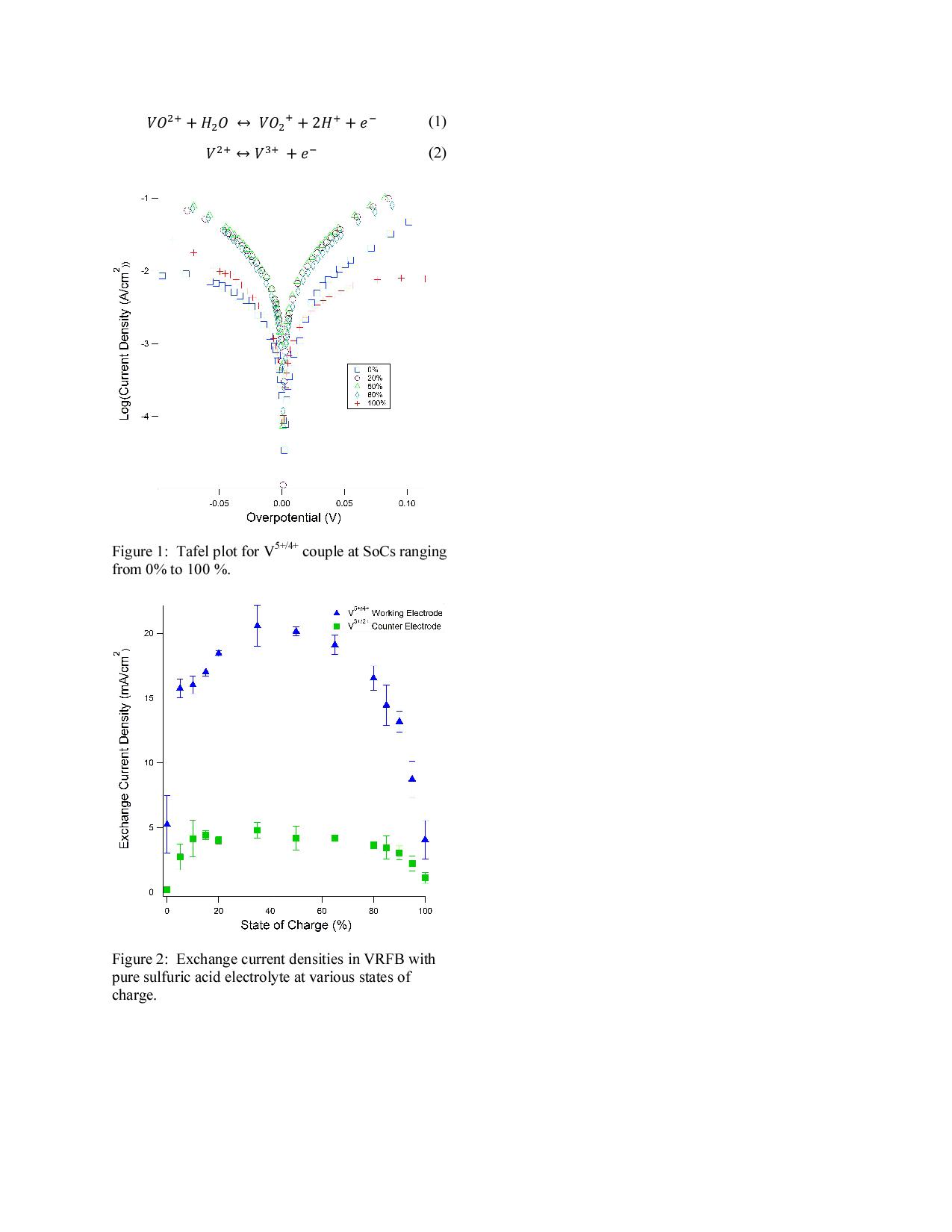