The gas diffusion layer (GDL) performs key functions within the fuel cell, providing access for hydrogen and oxygen gas to flow to and from the catalyst layer, conducting electricity and heat, and removing water byproduct. The GDL is commonly treated with a micro-porous layer (MPL) on the catalyst side to minimize contact resistance by reducing the roughness of the contact surface. The MPL also reduces mass transport losses and hence improves water management in the cell operated at high current densities [1].

This paper describes a method to characterize the GDL/MPL porous structure and their interface using X-ray micro-computed tomographic (µ-CT) microscopy. µ-CT is a relatively new tool that is used for acquiring the internal three-dimensional structure of both fully dense and porous materials [2]. In this work, the structure of the MPL/GDL is evaluated via µ-CT for various GDL samples (such as Toray TGP060 and EP40) loaded with different MPL loadings. Figure 1 shows a 3D image of the EP40 T12 GDL without the MPL (CBT 18). While previous studies have also examined the MPL layer using this technique (e.g. [1,3]), this is the first to examine the GDL/MPL interface, as well as the surface characteristics of the MPL. A new method is presented for separating, or segmenting, various phases (GDL, PTFE, and MPL). Using this methodology, the surface roughness of the MPL, and the porosity within the GDL is identified. The results show that there is considerable overlap between the GDL and MPL. Also, while the MPL has a smooth surface in comparison to the GDL, it remains relatively rough. The correlation between PTFE content, thickness of the MPL, and porosity will be discussed.

Figure 1: EP40 T12 GDL specimen without MPL (CBT18). The PTFE can be seen between the carbon strands. 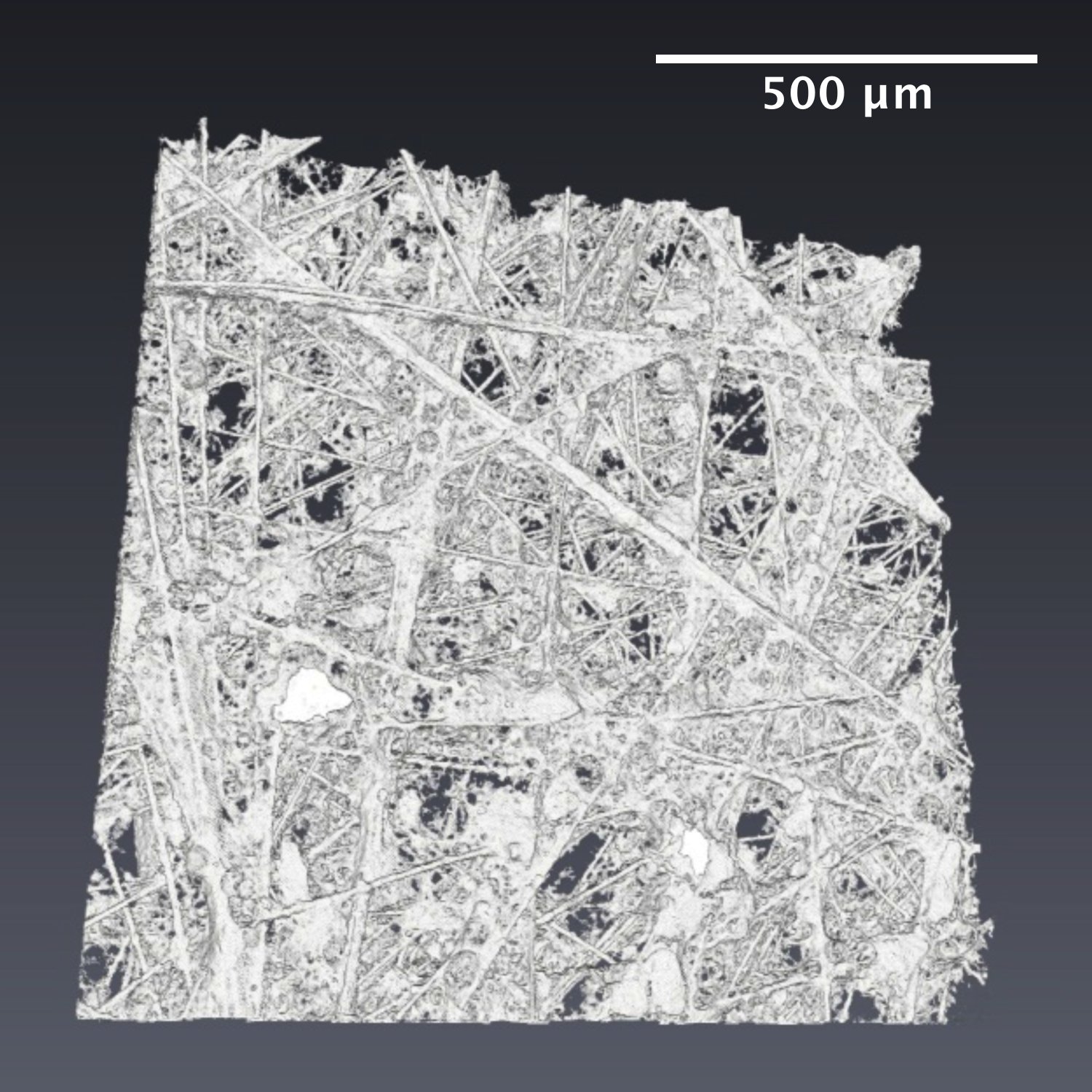