Microbial fuel cells (MFCs) work by providing bacteria in anaerobic sediments with an electron acceptor (anode) that stimulates metabolism of organic matter. The buried anode is connected via control circuitry to a cathode exposed to oxygen in the overlying water. During metabolism, bacteria release hydrogen ions into the sediment and transfer electrons extra-cellularly to the anode, which eventually reduce dissolved oxygen at the cathode, forming water.  The open circuit voltage is approximately 0.8 v. The voltage between electrodes is operationally kept at 0.4 v with a potentiastat. The current is chiefly limited by the rate of microbial metabolism at the anode. The Office of Naval Research has encouraged development of microbial fuel cells in the marine environment at a number of academic and naval institutions. Work at SPAWAR, a navy laboratory in San Diego, involves fuel cell design and testing, applications to low power Navy sensors, and studies of important environmental parameters that affect fuel cell performance.

Earlier work in shallow sediments of San Diego Bay showed that the most important environmental parameters that control fuel cell power output in San Diego Bay were total organic carbon in the sediment and seasonal water temperature. Parameters that we dismissed as unimportant were dissolved oxygen levels, light level, and initial sediment bacterial populations.  Parameters whose affect we could not separate were total organic carbon and grain size.

Current MFC work at SPAWAR includes extension of microbial fuel cell tests to the deep sea environment (>1000 m) and, in parallel, testing microbial fuel cells in the laboratory under deep sea conditions. One question we are asking is whether MFC power output from deep water sediments repressurized and chilled in the laboratory comparable to those measured in situ. If yes, mapping the power potential of deep sea sediments may be made much easier, requiring sediment grabs and lab tests rather than deployment and retrieval of fuel cells. Another question we are asking is whether in situ temperature and total organic carbon in the deep sea sediment can predict MFC power. If yes, then we can make use of the large collection of publicly available, deep sea oceanographic measurements to make these predictions, foregoing expensive work at sea. These regressions will be compared to those derived from shallow water measurements.

In order to meet these goals we are pursuing a field effort to (1) deploy a microbial fuel cell in progressively deeper water, (2) record in situ power and temperature over several weeks, and (3) retrieve the fuel cell along with sediment samples for analysis. We are also pursuing a laboratory effort to (1) build a matching microbial fuel cell in a pressure vessel capable of matching the pressure and temperature of deep water, (2) capable of flushing the fuel cell with oxygenated water under pressure to allow equilibrium power production, and (3) stock the pressure vessel with deep water sediment in order to take measurements analogous to those in the field. The current progress and results from this work at SPAWAR will be presented. 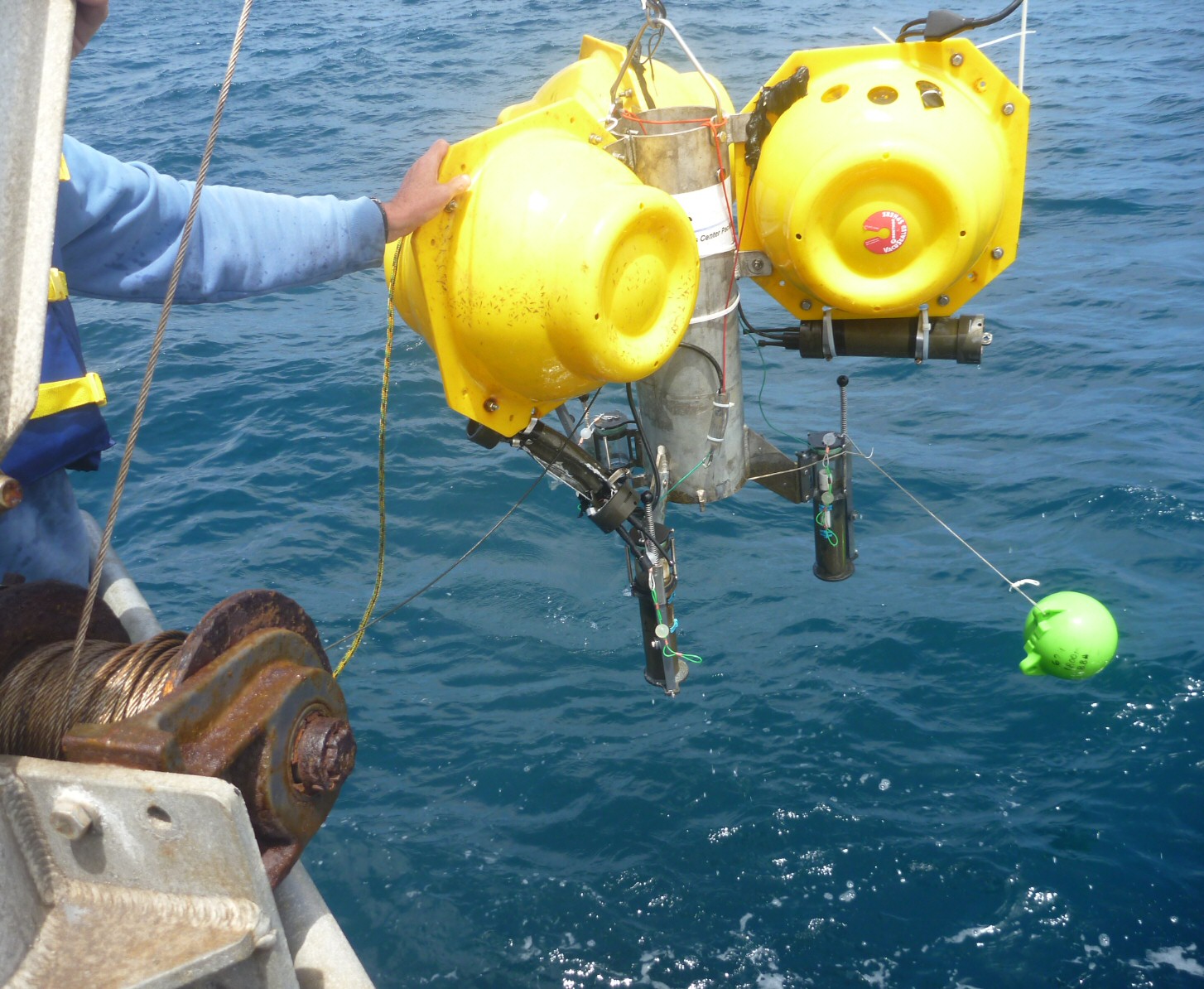