Corrosion of concrete rebar has been established as the main factor of the premature deterioration of reinforced concrete structures. The occurrence of such phenomena represents mostly the durability problems of the material, especially when the structure is subjected to the chloride ions presence (in marine or high salinity enviroment) and large amounts of carbon dioxide (CO2), processes known as chloride penetration and carbonation respectively[1,2,3]. Once the corrosión process has appeared in rebar, these begin to generate large stresses on the layer of concrete around them (due to the iron oxides that accumulate around the transversal area) which over time can generate microcracks, cracks and failure on the general structure[4].

Given the importance of preserving civil structures, is evident the strong necessity of obtaining a system with great flexibility to perform the estimation in situ of the corrosive state, capable to dispose the information for immediate consultation anywhere with minimum internet access. Therefore, the present work shows the development and implementation of a system for in situ monitoring of corrosion, for any reinforced concrete structure based on ASTM C876-91[5] standard for measuring half-cell potential, with which it is possible to determine the corrosion  probability of rebar in reinforced concrete structures. Also, the equipment performance is presented by using different reference electrodes as Copper / Copper Sulfate (Cu -CuSO4), silver / silver chloride (Ag / AgCl) and Zinc / Zinc Sulfate (Zn -ZnSO4).

It was obtained a system for in situ monitoring of corrosion for reinforced concrete, that allows to estimate the corrosion probability on rebar, where the user send a text message, to start the test in the system and in return, via GPRS (General Packet Radio Service), the equipment disposes the data trend on a graphic trough a web server on an internet domain (figure 1). The system was tested on a building of the University complex, where its performance was evaluated using three different reference electrodes, obtaining an error over the measurement, between the standard and the system, of 6.62% (figure 2). 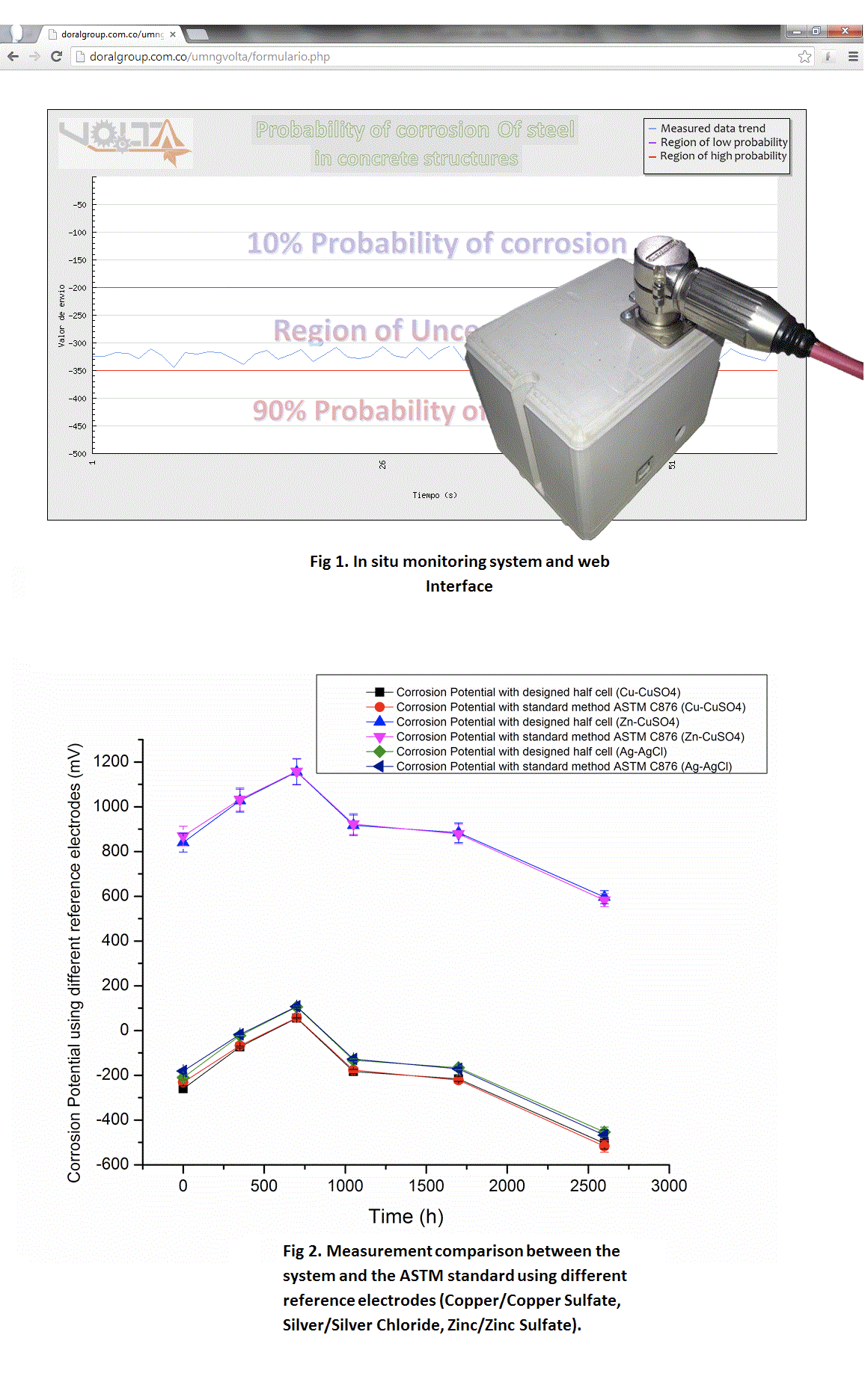