Two types of film structures were fabricated on p-type (100) silicon substrates: (A) a SiOX-SiCN-SiO2 film and (B) a SiOX-SiNX-SiO2 film. In the both types of films, a tunnel oxide film of 2.4 nm in thickness was first formed using rapid thermal oxidation. A 31.5-nm-thick SiCN film with the relative dielectric constant of 4.8-4.9 was grown at 400 °C using a PECVD technique. A 30.4-nm-thick SiNX film was grown at 600 °C using a LPCVD technique. A blocking oxide film of 17.3 nm was grown using a PECVD technique. Finally, an aluminum film was deposited to form the gate electrode. After electrons or holes were injected into the charge trapping layers, the flat-band voltage shifts ΔVFBwere measured. 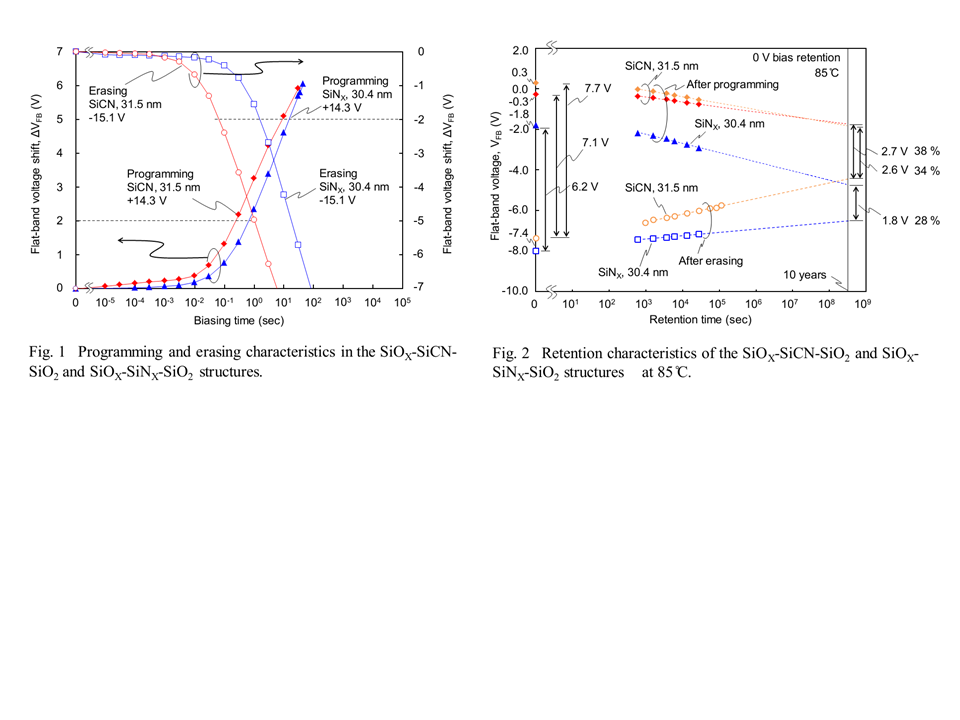