1462
Comparison of Redox Potentials in Non-Aqueous Solvents: Silver is Not a Noble Metal in the Acidic Ionic Liquid HmimBr

Expo Center, 1st Floor, Center and Right Foyers (Moon Palace Resort)
K. Pütz (University Freiburg), D. Himmel, V. Radtke, and I. Krossing (Universität Freiburg)
We recently introduced the concept of the Protoelectric Potential Map (PPM) which presents a new combined pH- and redox scale in an absolute sense.[1,2] This concept will also be presented by V. Radtke at this conference. The two scales are thermodynamically well described and are based on the absolute chemical potential of the proton (μabs(H+)) and the absolute chemical potential of the electron (μabs (e-)) which at standard conditions are the standard Gibbs energy of solvation ΔsolvG°(H+,S) and ΔsolvG°(e–,S), resp.

The PPM allows the quick comparison of redox potentials (reducities) and the pH values of any redox/acid-base system in any media which may lead to completely new insights and applications. Reactions can be predicted: for example, in the PPM the redox system Ag+/Ag in the solvent HmimBr (green line, no 9) lies beneath the Hydrogen line (which denotes the hydrogen evolution reaction HER, red line) signifying that silver in acidic HmimBr is a non-noble metal. These values were calculated with the COSMO-RS model.[3,4]

We here show the experimental determination of the redox potential EAg+/Ag  vs SHE in HmimBr confirming the calculated values of ΔsolvG°(H+,HmimBr) and ΔsolvG°(Ag+,HmimBr).

In addition our intension is the establishment of the SHE as anchor in non-aqueous solvents. Together with the energy of transfer of the proton from water to the solvent of interest we are able to introduce absolute redox potentials within the PPM concept.

Here we want to introduce the SHE in HmimBr and show its Nernstian behavior within acidic conditions. The ongoing research in the ionic liquid HmimBr will be discussed. 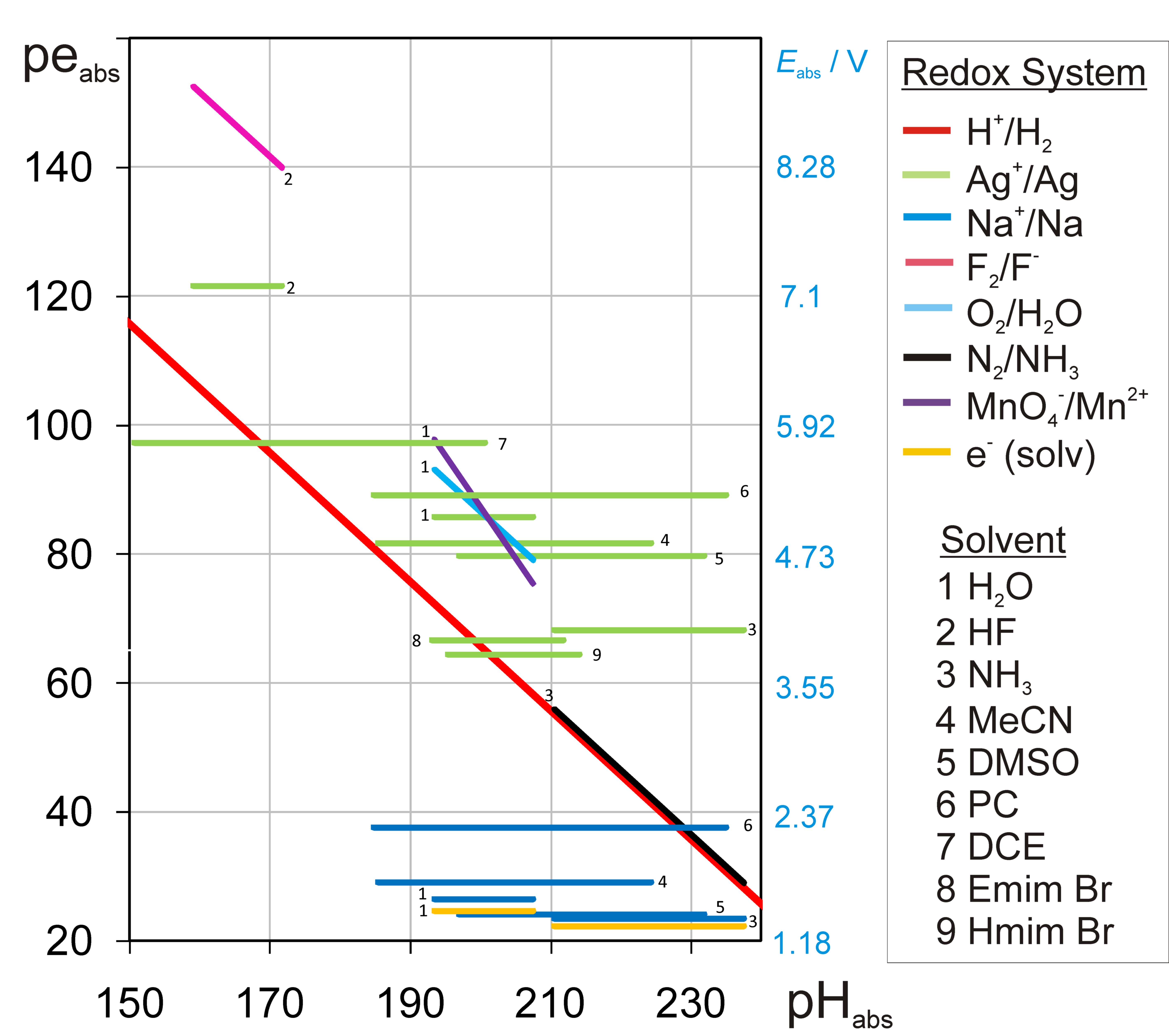