SiC MOSFETs have been commercially available for over three years with blocking voltage of 1200V and excellent on-state resistances (~80 mΩ).  In addition, SiC MOSFETs may be able to operate at higher temperatures than competing Si IGBTs or MOSFETs. Currently the most significant hurdles to market penetration are reliability and cost.

The application of a gate voltage (VG) may result in electron (positive VG) or hole (negative VG) injection from the SiC into the oxide, populating traps at the SiO2/SiC interface and/or within the SiO2 bulk.  These populated traps alter the surface potential and shift the VT necessary to switch the device.  Recent measurements on second-generation commercially available SiC MOSFETs indicate significant progress on this front compared to earlier devices, although appreciable VTshifts still exist for relatively moderate stresses (Fig. 1a).

In addition to monitoring VT shifts, we have calculated the change in density of SiC/SiO2 interface traps (ΔDIT) due to the application of gate stress to MOSFETs.  These profiles can be extracted from I-V curves for SiC MOSFETs based on the changes in sub-threshold slope. This technique can either be used to determine ΔDIT (if body doping and gate capacitance are unknown) or absolute DIT at specific energies within the bandgap (if doping and capacitance are known) [5].

This work was performed under the DOE Office of Electricity programs managed by Dr. Imre Gyuk. Sandia National Laboratories is a multi-program laboratory managed and operated by Sandia Corporation, a wholly owned subsidiary of Lockheed Martin Corporation, for the U.S. Department of Energy’s National Nuclear Security Administration under contract DE-AC04-94AL85000. 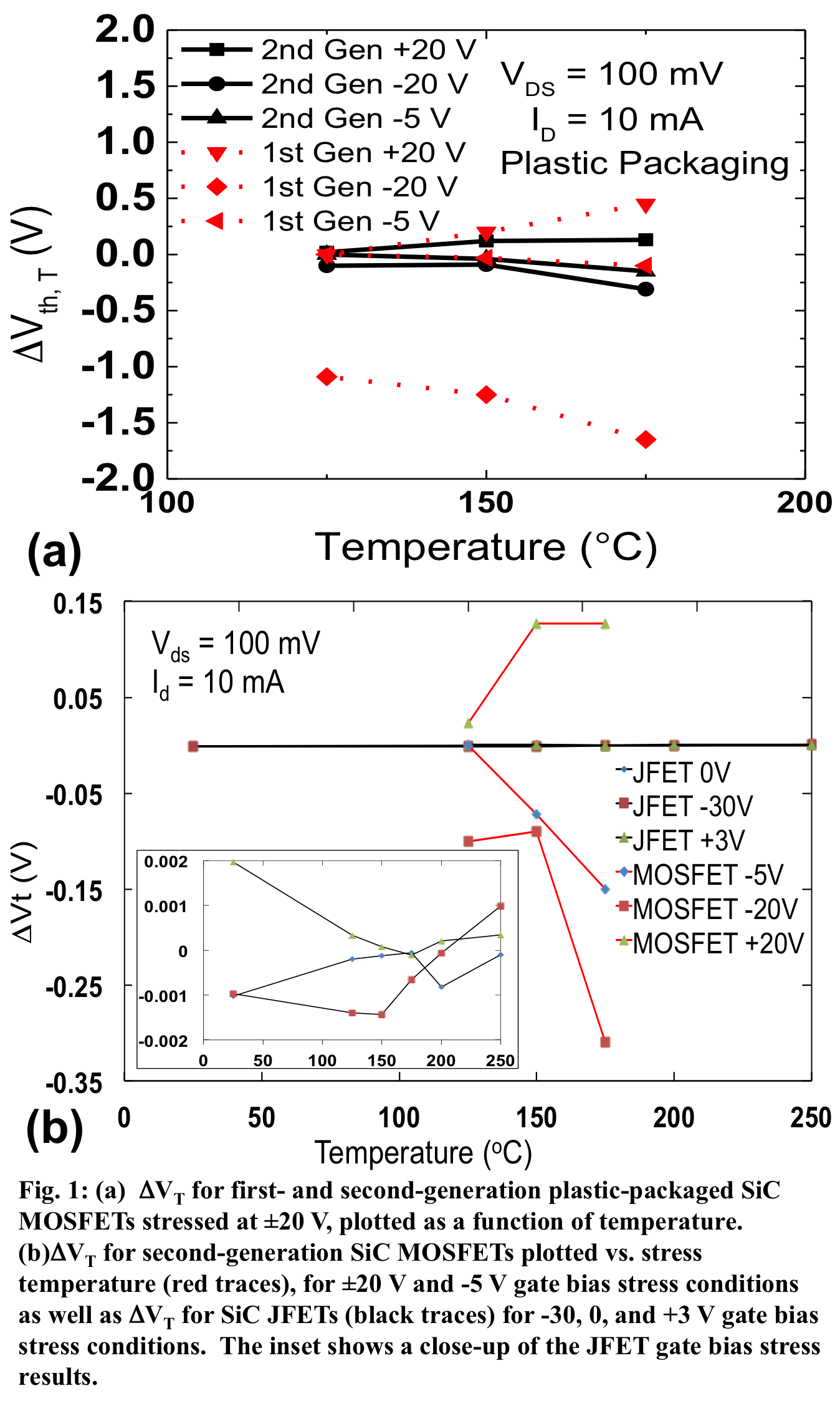