Expo Center, 1st Floor, Center and Right Foyers (Moon Palace Resort)
C. L. Li, C. H. Chao, Y. H. Lee, Y. W. Lin, J. Y. Hwang, L. D. Tsai, and J. Fang (Industrial Technology Research Institute)
The hybrid supercapacitors are electrochemical energy storage devices that combine the advantages of both Li-ion batteries and supercapacitors. The lithium ion capacitors (LICs), one of the hybrid capacitors under development, has a speciﬁc energy and energy density of around 30 Wh/kg and 20 Wh/L, respectively. These values are more than three times higher than the values of a conventional EDLC.They are expected to bridge the gap between Li-ion cells and supercapacitors and be used to power electric and hybrid vehicles. They can deliver high energy and power densities for short periods with long cycle lives, while operating over a wide range of temperatures with low maintenance costs.

The Li2FeSiO4 is attractive as it not only displays outstanding electrochemical behavior, but it is also the basis for the explosion of substituted derivatives with improved properties. However, Li2FeSiO4 has low electronic and ionic conductivity. Carbon coating is an efﬁcient way to enhance the charge transfer. In this study, carbon coating was  carried  out  by  mixing Li2FeSiO4 with a carbon source followed by calcination at high temperature  and atmospheric conditions. The Li2FeSiO4/carbon composites are denominated as LFSC1, LFSC2 and LFSC3. The pristine capacities of Li2FeSiO4/carbon composites are measure at different C rate. The LFSC2 shows the best performance at each C rate. The LICs are fabricated with lithium ion battery type anode and LFSC/activated carbon cathode. The performances are measured by battery test equipment with CC-CV charge/CC discharge procedure. The charge/discharge plots show the traditional diagram of supercapacitor. This work is studying by some other approach to achieve high power performance. 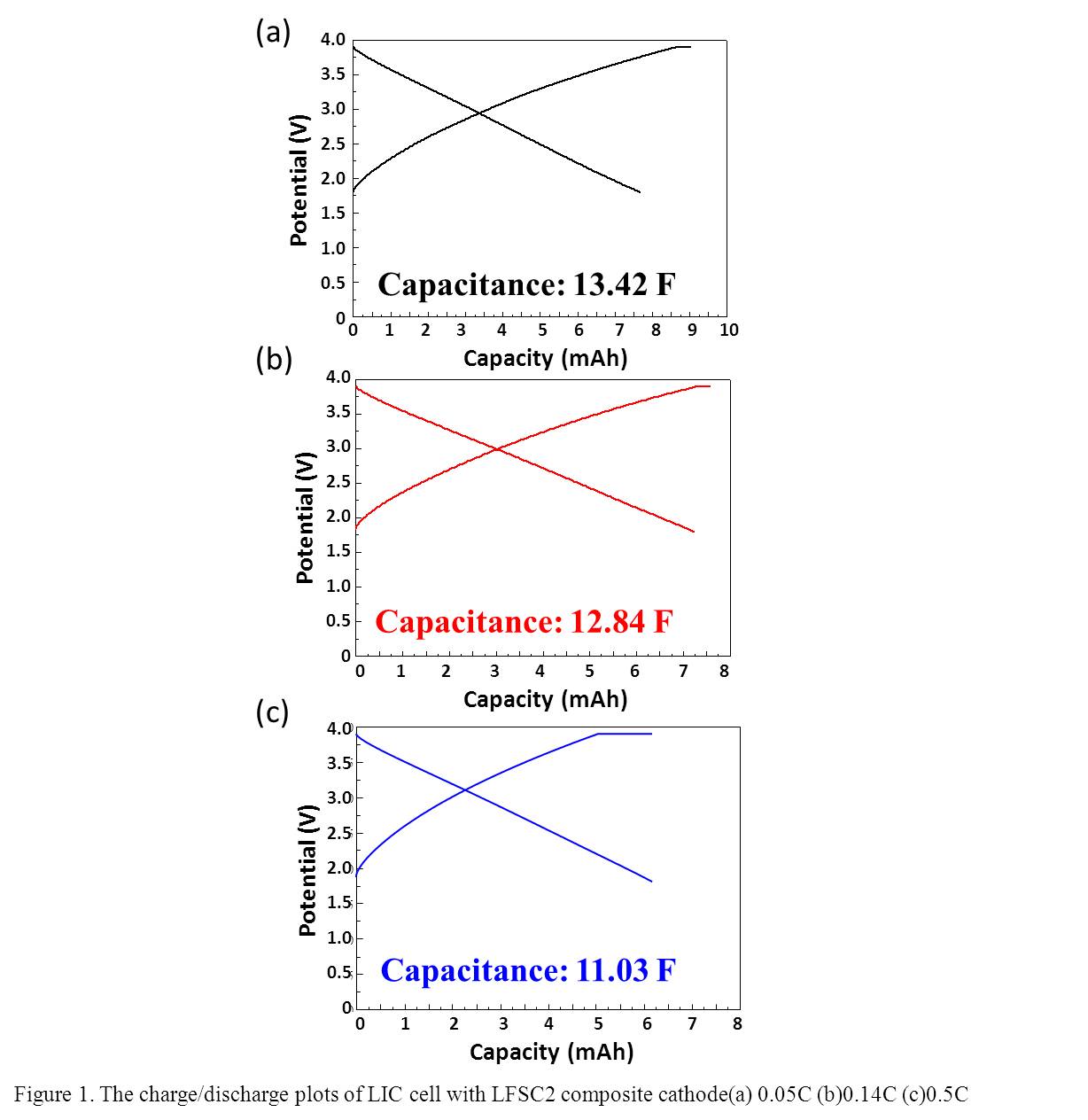