i) An on/off ratio of approximately 107 (WLC = 0 V), which is obtained from ID-WLCcharacteristics (Fig. 2), prevents read errors due to noise.

iii) Because the NOSRAM cell accumulates charge, a multilevel cell (MLC) is achieved by controlling the amount of charge.

iv) Controlling the amount of charge enables cell threshold voltages to be narrowly distributed at a high speed with high accuracy and without verify operations.

v) In principle, unlimited write cycles are possible because the amount of charge is controlled by the CAAC-OS FET.

However, the NOSRAM cell has more elements than other nonvolatile memory cells under development. NOSRAM already has a sufficiently high cell density, but its cell density needs to be further increased.

This paper presents an MLC achieved using a CAAC-OS FET having extremely low off-state current. One property required for an MLC is cell threshold voltage distribution. With a narrow cell threshold voltage distribution, a memory cell can have more than one level. NOSRAM cell threshold voltages are distributed with 3σ = 100 mV [2]. A test chip of a scaled-down NOSRAM has a distribution with 3σ = 55 mV and achieves an 8-level cell (3 bits/cell) (Fig. 4) [3]. To achieve an MLC NOSRAM, a CAAC-OS FET with ultra-low off-state current is required to accurately control the amount of charge at the node N. A 4-bit/cell NOSRAM can have an ideal cell size of 4 F2or less per bit, where F is the feature size. Use of the CAAC-OS technology raises expectations for the feasibility of a 16-level cell. 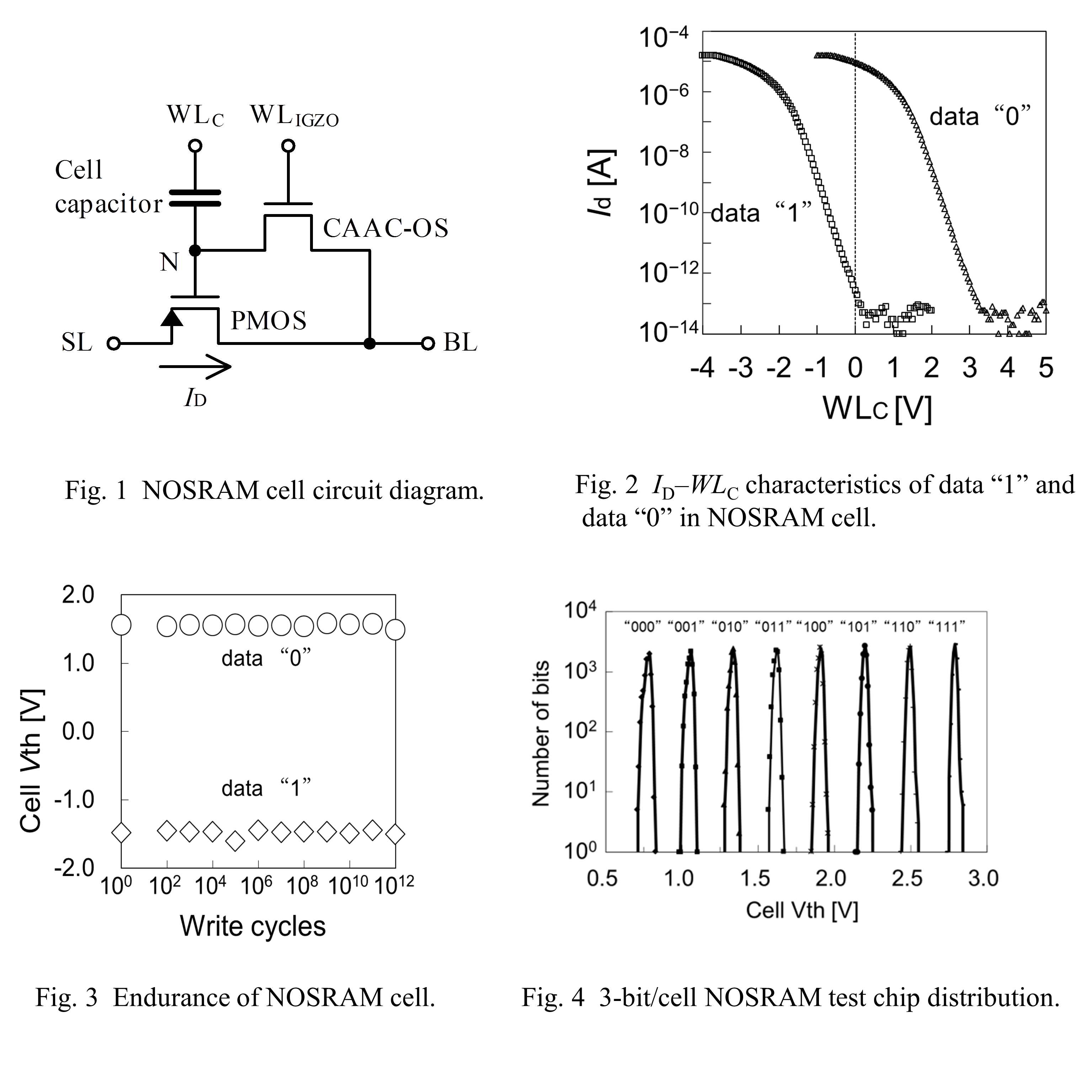