The HRP-modified resistive sensors based on n-alkylated polyaniline(PANI) detect hydrogen peroxide in solution with very high sensitivity, ultra-low limit, and short response time. The sensitivity is higher than that of other sensing methods, such as electrochemical sensors or transistor sensors. The detection limit of PANI sensor is 0.7 nM. It is three orders smaller than that of other common methods with detection limit around 1 μM. To the best of our knowledge, it is the lowest detection limit that has ever been reported. And we combine the hydrogen peroxide sensor with cholesterol oxidase to build up the cholesterol sensor.

In our study, the PANI layer and gold electrodes were deposited on silicon nitride substrate, and the PANI was applied to fabricate a thin film between two electrodes. Then the PANI layer was sultonated by propane sultone and modified with HRP. After that, the device was combined with dialysis membrane which was modified with cholesterol oxidase. During the measurement, the sensor was operated at 100mV and different concentrations of cholesterol PBS solutions (pH=7.0) were dropped on it. The cholesterol reacted with the cholesterol oxidase and created hydrogen peroxide on the PANI thin film (Figure 1).

The current change was measured when the hydrogen peroxide reacted with the HRP immobilized PANI thin film. According to regular cholesterol level in human blood, we tested the cholesterol solution from 100 mg/dl to 400 mg/dl ,and we get a very good linear result (Figure 2).

In summary, the cholesterol sensor can provide a more exact cholesterol concentration detection. The simple process for the sensor fabrication also allows the sensor to be cheap, disposable and combinable with other sensors to build up sensing system. 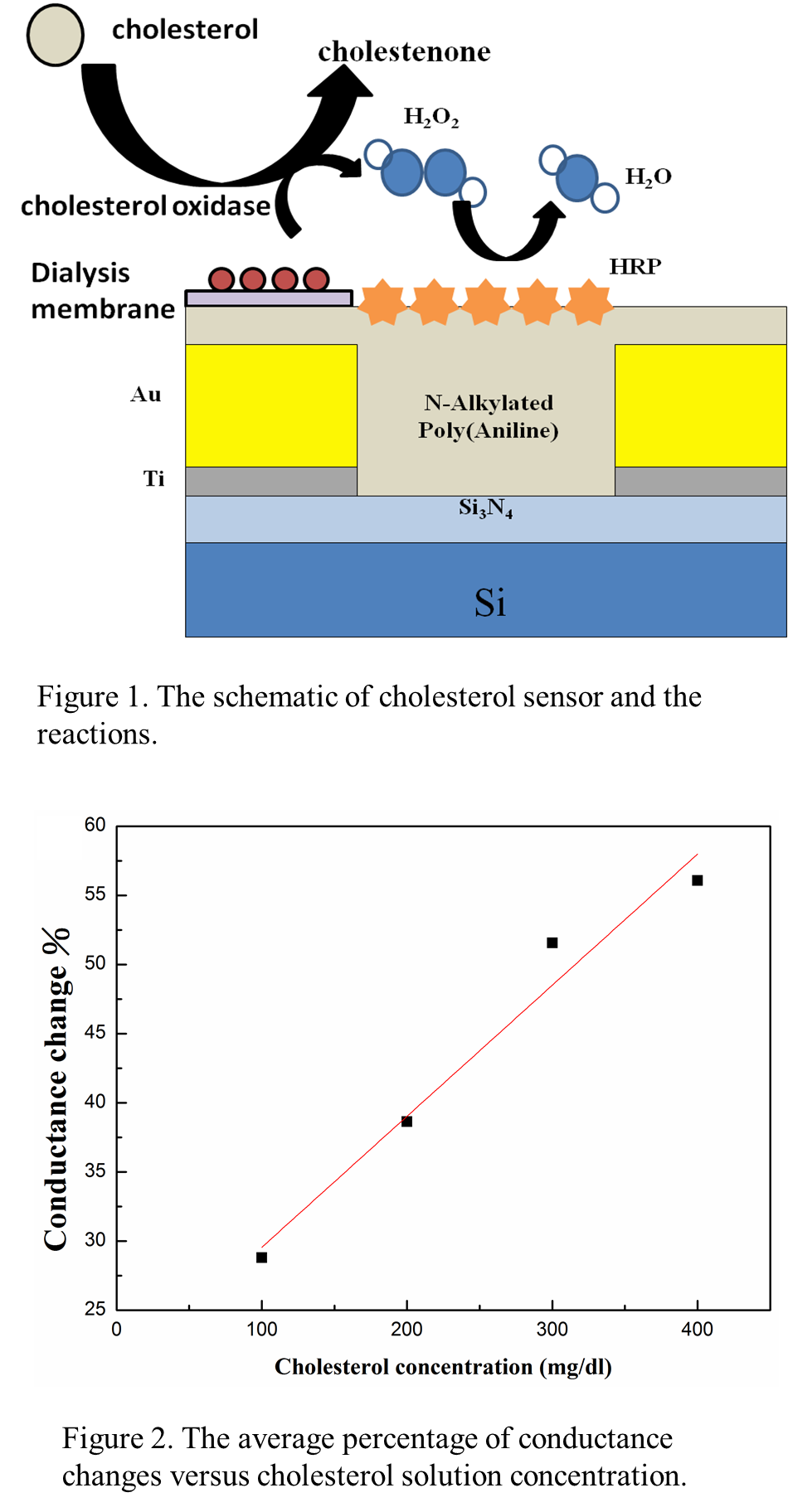