Flash-lamp annealing (FLA) is an alternative technique for crystallization of amorphous silicon which can be scaled to large substrates.  A process using FLA may have significantly reduced process complexity and time; however published results that demonstrate potential for use in flat panel displays have been limited [1].  This work investigates FLA in combination with metal-induced crystallization (MIC).  The FLA system used in this work is a NovaCentrix PulseForge 3300, which anneals the material using a series of short but intense bursts of broad spectrum light from xenon flash lamps.  High peak power over microseconds time scale can provide control over the depth of heating to avoid damage when processing on substrates such as glass or plastic.  Input factors to the FLA system included lamp intensity, pulse width, number of pulses and repetition rate.  Since samples are not in thermal equilibrium during FLA, power/time/flash-count combinations that deliver the same energy produce very different results.  Additional factors included use of an anti-reflective SiO2 layer, and substrate heating (steady-state).  Performing FLA on samples with trace amounts of nickel has demonstrated effective crystallization with single-pulse exposures delivering energy of ~ 5 J/cm2.  Experiments which investigate the influence of both MIC and FLA process parameters on the material properties and electrical characteristics of TFTs will be presented. 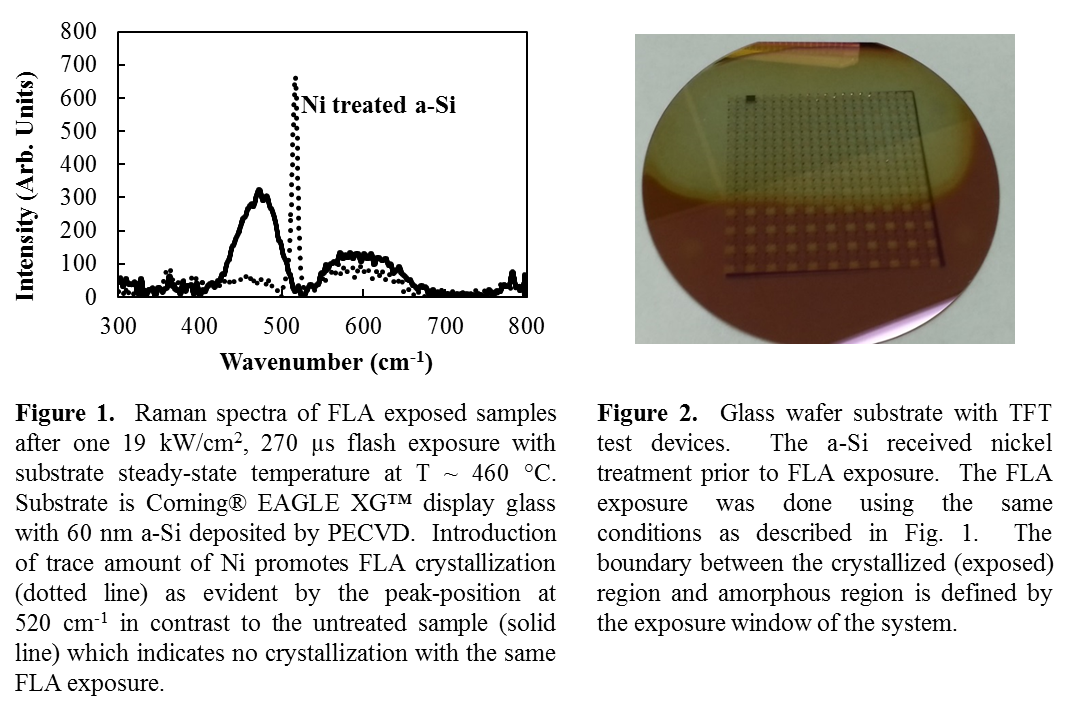