In this study, electrochemical deposition of copper by pulse and pulse reverse current with extremely high peak current density was investigated. Various experiments were carried out to control the microstructure and achieve the high mechanical and electrical property. Pulse reverse current is applied to anodic current instead of off time in the pulse current. This process accelerates stress relaxation of copper film, we expect that reduce the deposition time compared with pulse current and direct current (dc) deposition. 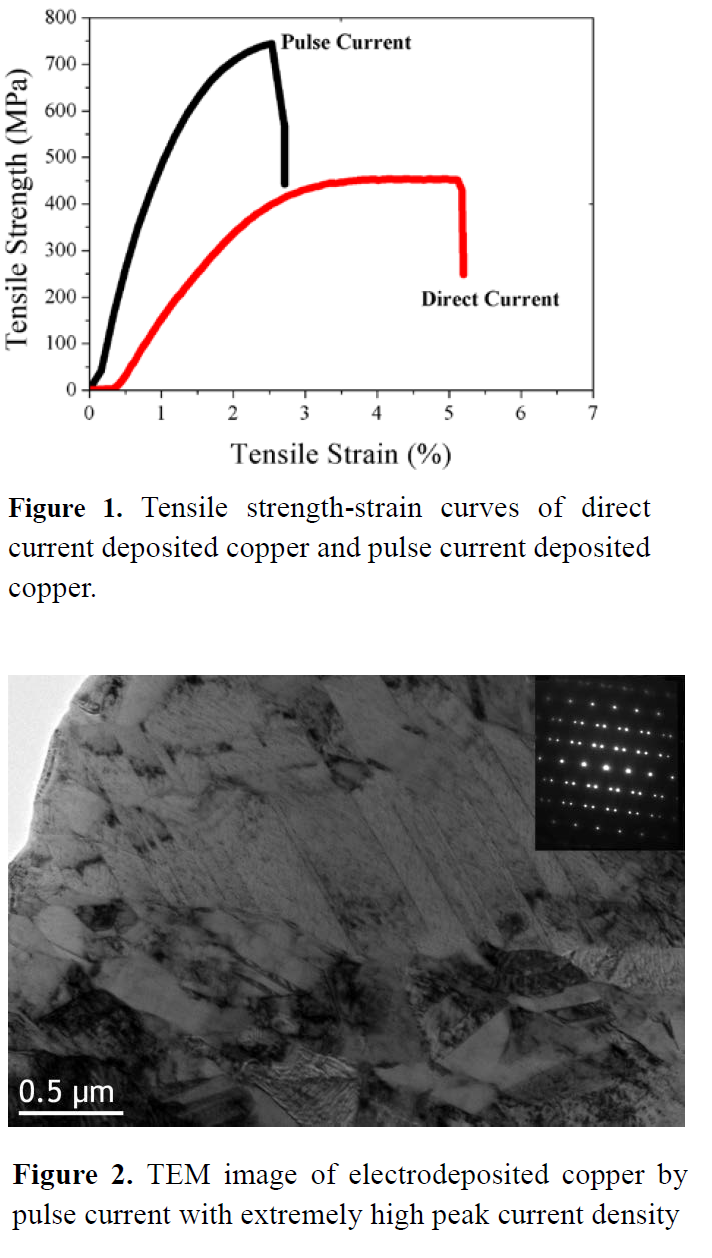