Salon C (Hilton Chicago)
A. Heckmann, P. Meister (University of Muenster, MEET Battery Research Center), P. Gao (MEET Battery Research Center), M. Winter, and T. Placke (University of Muenster, MEET Battery Research Center)
Based on its redox-amphotheric character, graphitic carbon possesses the capability to store a broad range of different cations and anions within its graphene sheets. These materials are called graphite intercalation compounds (GIC). In case of intercalating cations, these compounds are defined as acceptor-type GICs and in case of intercalating anions they are called donor-type GICs[1-4]. One of the best known examples for an acceptor-type GIC is the storage of lithium ions within the graphitic host material, which is used as anode in conventional lithium-ion batteries.

In recent publications, we reported an electrochemical energy storage system using both, the donor-type and acceptor-type mechanism in order to store anions and cations into the graphitic lattice structure[5, 6]. We presented this so-called “dual-graphite cell” which is composed of cost-efficient, safe and eco-friendly materials as a promising candidate for a stationary energy storage plant. The active material of both, the anode and cathode consists of graphitic carbon. Moreover, the ionic liquid Pyr14TFSI (N-butyl-N-methyl-pyrrolidiniumin bis(trifluoromethanesulfonyl) imide) in combination with the conductive salt LiTFSI (lithium bis(trifluoromethanesulfonyl) imide)  is used as a non-flammable and thus safe electrolyte. During charge, cations and anions, stemming from the electrolyte, are intercalated into the graphitic lattice structure of negative and positive electrode, respectively. During discharge, they are released back into the electrolyte. Hence, the electrolyte can be considered as active material, as it does not only work as charge carrier for lithium ions[4, 7].

Here, we present the synthesis of spherical graphite particles, their physical as well as their electrochemical characterization. Carbon spheres (CS) of different sizes were produced by a hydrothermal method based on glucose as a cheap, renewable and environmentally friendly precursor. Then, the carbon spheres were heat-treated at 1200 °C in order to decompose the remaining functional groups of the glucose structure and in order to obtain a soft carbon structure. Afterwards, the soft carbon spheres (SCS) were finally graphitized at temperatures of 2100 °C, 2400 °C and 2800 °C. The aim of this work is the investigation of the graphitization degree and the influence of the structure changes regarding to the electrochemical performance in dual-graphite cells. 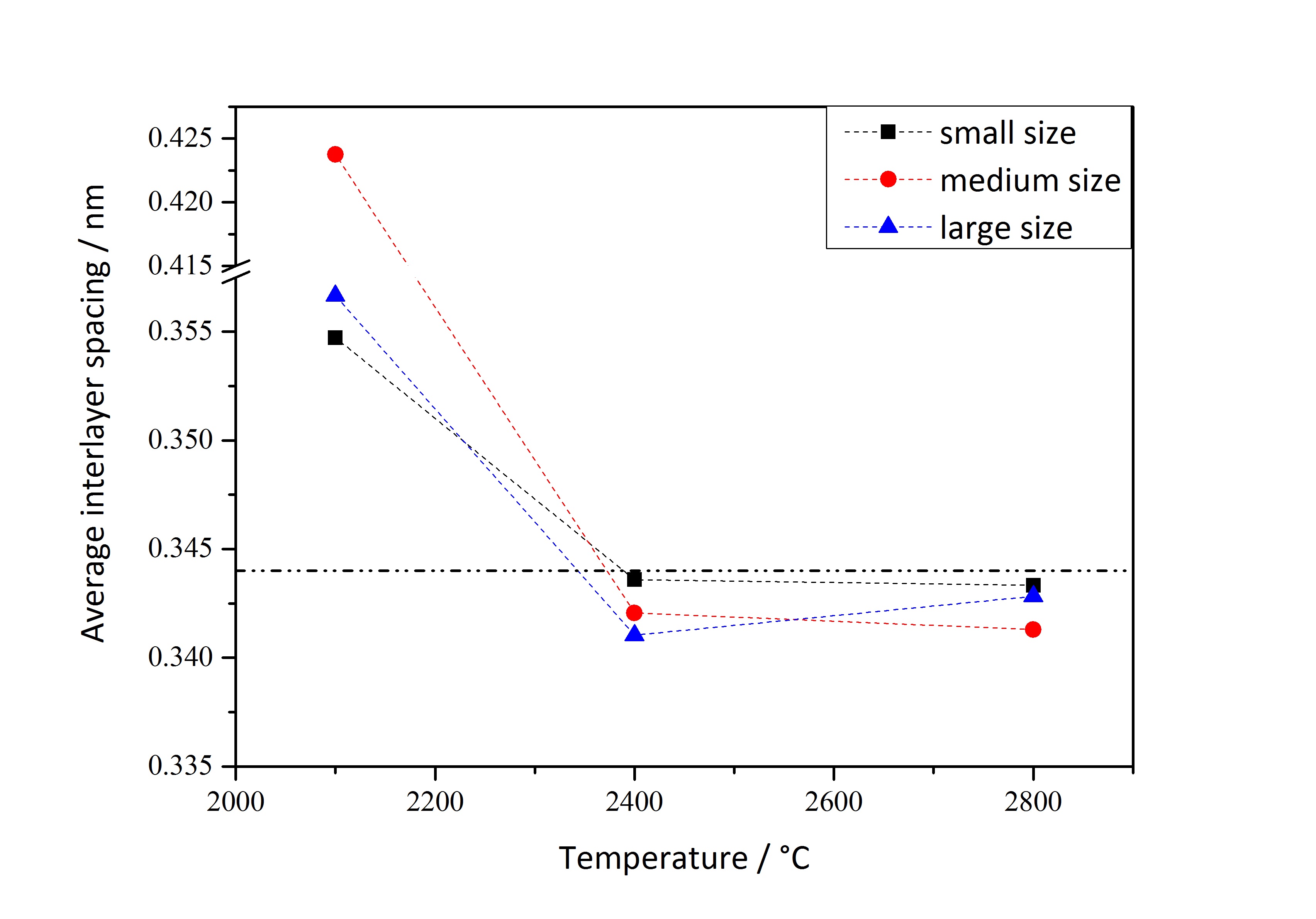