Boulevard Room C (Hilton Chicago)
D. Deiana (Technical University of Denmark), J. B. Wagner (Center for Electron Nanoscopy, DTU), and T. W. Hansen (Technical University of Denmark)
Nanostructured catalysts play an increasingly large role in contemporary society and understanding their behavior in their working state has been primary area of focus for many research groups over the past decades. With dwindling supplies of the precious metals often used in these catalysts, their effective use becomes increasingly important. Recent developments in electron microscopy as well as computational modelling now allow us to gain new insight into the structure and stability of these catalysts in an environment resembling their working conditions. Such insights will enable scientists to effectively synthesize stable nanostructures with an increased performance and lifetime.

For heterogeneous catalysts in the form of supported metal nanoparticles, surfaces play a crucial role. This is valid for both electrocatalysts as well as traditional heterogeneous catalysts. Reactions take place on the surfaces exposed to the reactants while the interface between the nanoparticles and the support maintains the high dispersion by preventing them from sintering. Studying such systems using state-of-the-art electron microscopy techniques can provide new knowledge of their working state and what processes govern their performance and stability.

Specifically, PtxY and PtxGd alloy nanoparticles were studied. These catalysts are used for the oxygen reduction reaction (ORR) and show an activity which is more than 5 times higher compared to the best commercial Pt-based catalyst. Furthermore, these catalysts both retain more than 60% of their activity after accelerated aging tests. The electron microscopy investigations reveal the elemental distribution within the nanoparticles showing a core-shell type structure after ORR treatment. Figure 1 shows high angle annular dark field scanning transmission electron microscopy (HAADF-STEM) images of platinum-yttrium nanoparticles in the form of core-shell structures. A core-shell structure is formed after the ORR chemical treatment, with an alloyed core embedded in a 1nm Pt-rich shell, due to the segregation of the Y from the first few atomic layers of the particle and its dissolution into the electrolyte. The Pt-rich shell prevents further dissolution of the rare earth metal protecting the alloyed core.

Using Density Functional Theory (DFT), Pt-Hg and Pd-Hg were identified as promising candidates for the electrochemical production of hydrogen peroxide H2O2. The active surface was predicted to consist of reactive Pt or Pd atoms surrounded by more inert Hg atoms. Electrochemical measurements on the two catalysts have shown a performance exceeding the current state-of-the-art. Using Electron microscopy the structure and composition of the nanoparticle alloys has been determined and it confirms the theoretical predictions. In Pt-Hg nanoparticles, EDS studies has indicated the presence of both elements on single particles, although high-resolution imaging has shown particles where pure Pt was the only matching structure. In the case of Pd-Hg, a core-shell structure was found, with a pure Pd core and a Pd-Hg shell. Through atomic resolution STEM, the structure of the alloy in the shell of different particles was revealed, showing the formation of an ordered alloy structure.

Studying deactivation mechanisms is an important discipline in catalysis. Environmental transmission electron microscopy (ETEM) provides a unique platform where catalysts can be studied in situ in a reactive environment. Using ETEM, the structure and morphology of catalysts and how the structures behave during deactivation can be investigated in an environment resembling that in a catalytic reactor in real time.

Here the sintering of nanoparticles were studied. Model catalytic systems consisting of supported nickel, palladium, gold and platinum nanoparticles were studied in situ in the microscope and time-lapsed image sequences recorded. Analysis of these image sequences reveal that both particle migration and Ostwald ripening can take place. These studies reveal the underlying mechanisms governing the sintering process. The technique was also used to study the activation and deactivation processes of Ni-YSZ cermets used in solid oxide fuel cells where we have shown the reduction of single crystalline NiO to metallic Ni followed by the reoxidation to polycrystalline NiO.

Electron microscopy provides a versatile platform for investigations of catalysts. Using various EM techniques, new insight into the active phase and deactivation processes of catalysts can be obtained. 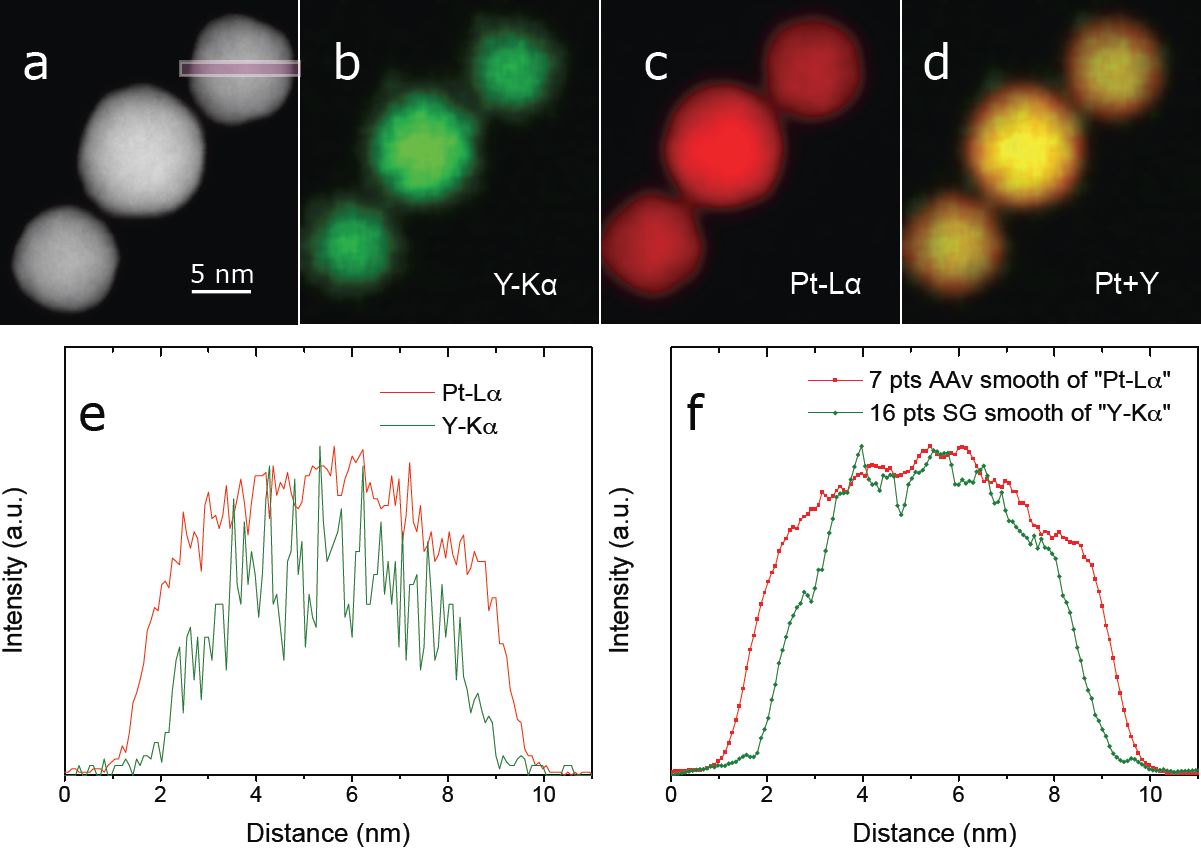