Presented herein are details of an Atomic Layer Electroless Deposition (ALED) technique that meets these criteria. By exposing Pd powder to dilute hydrogen in nitrogen gas, sacrificial surface PdH is formed along with dilute interstitial hydride. Once the flow of reagent is terminated, addition of metal salts facilitates galvanic displacement of the hydride, and controlled deposition of an overlayer having sub-nanometer thickness. This process can be cycled to create mesoscale layers. The electroless nature of ALED and its ambient processing conditions, make it an excellent complement to existing strategies of noble metal ALD.

We will present high-resolution scanning electron microscopy demonstrating that conformal layers can be formed, and that the degree to which three-dimensional growth occurs is dependent upon deposition conditions. In addition, depth-profiles of bimetallic powders of varying adlayer thickness, generated using energy-resolved X-ray photoelectron spectroscopy, will be presented. We will also show evidence for fractional adlayer coverage based on the infrared spectra of adsorbed organic molecules. These data provide a proof of concept for using materials prepared by ALED as high-selectivity, high-dynamic-range sensors for various target molecules. Finally, we will demonstrate the ability of materials prepared in this manner to act as bi-functional catalysts.

Sandia National Laboratories is a multi-program laboratory managed and operated by Sandia Corporation, a wholly owned subsidiary of Lockheed Martin Corporation, for the U.S. Department of Energy’s National Nuclear Security Administration under contract DE-AC04-94AL85000. The Advanced Light Source is supported by the Director, Office of Science, Office of Basic Energy Sciences, of the U.S. Department of Energy under Contract No. DE-AC02-05CH11231. Support for JLS was in part provided by the National Science Foundation, Division of Materials Research, grant #1006747. The authors also thank Mark Homer for STEM sample preparation. 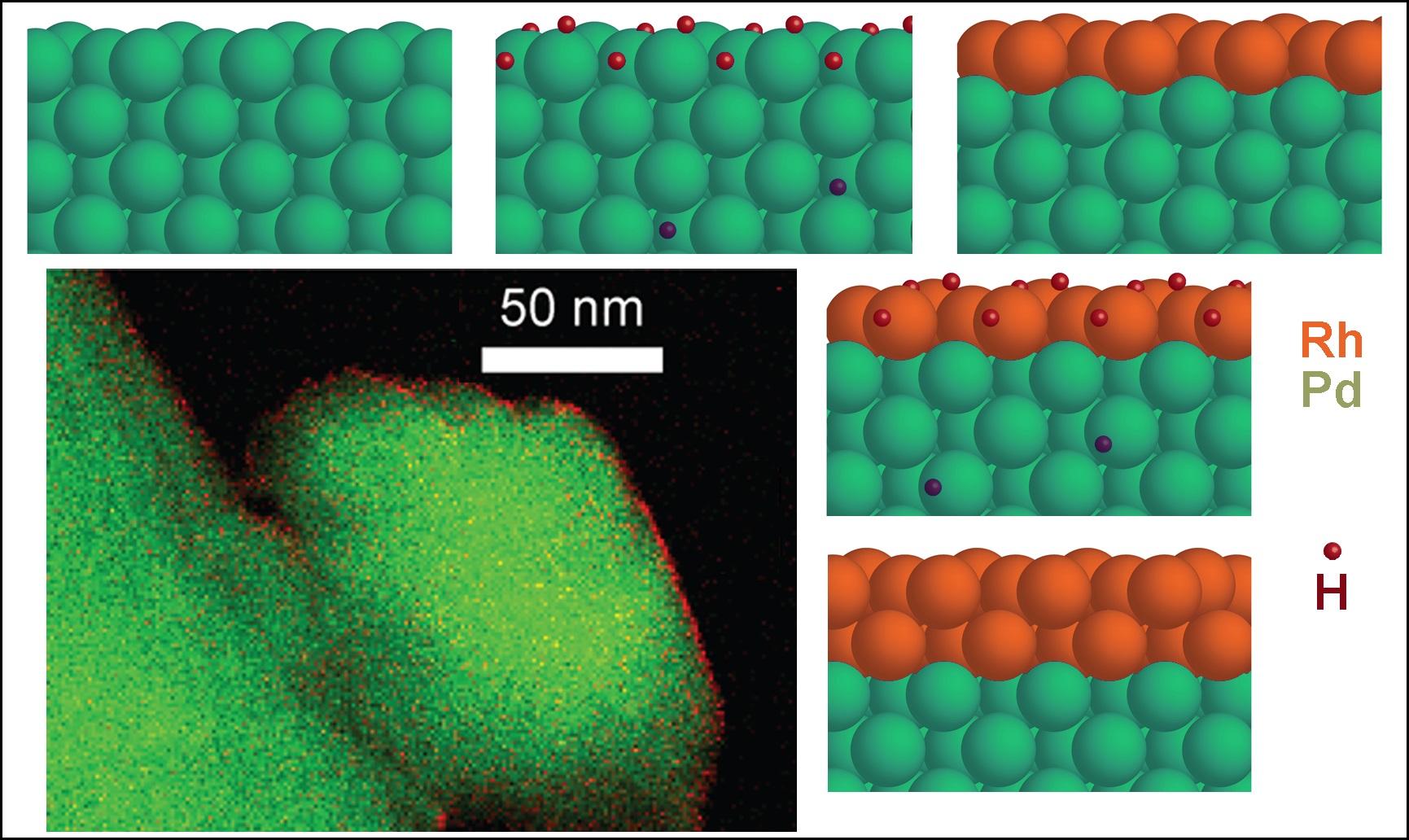