The electrochemical reduction of nitrate ions, NO3-, has been extensively studied concerning the mechanism of the nitrate reduction, the influence of electrolysis conditions, and the applications of the nitrate reduction, etc. [1, 2]. The studies have revealed that Cu is a catalyst for the electrochemical reduction [2]. Moreover, the nitrate reduction on Cu in acidic solutions was found to exhibit two types of electrochemical oscillations when it was accompanied by the hydrogen evolution reaction (HER) [3]. The oscillations appeared both under potential controlled conditions and under current controlled conditions. One of the oscillations, named oscillation I, appeared at a higher potential or a lower current (in absolute value) region where hydrogen bubbles due to the HER evolved slightly. Another oscillation, named oscillation II, appeared at a lower potential or a higher current region where hydrogen bubbles evolved vigorously (see Figs. 1a and 1b).

An N-shaped negative differential resistance (N-NDR) plays an important role in most of the electrochemical oscillations, because an N-NDR characteristic causes a positive feedback mechanism. It was reported that the NO3- reduction was suppressed by adsorbed hydrogen atoms on a Cu surface, i.e., by reaction intermediates for the HER. Therefore, the N-NDR that caused oscillation I was ascribed to the suppression of the NO3-reduction, and the mechanism of oscillation I could be explained by the N-NDR [3].

In this presentation, the mechanism of oscillation II will be discussed on the basis of the findings. 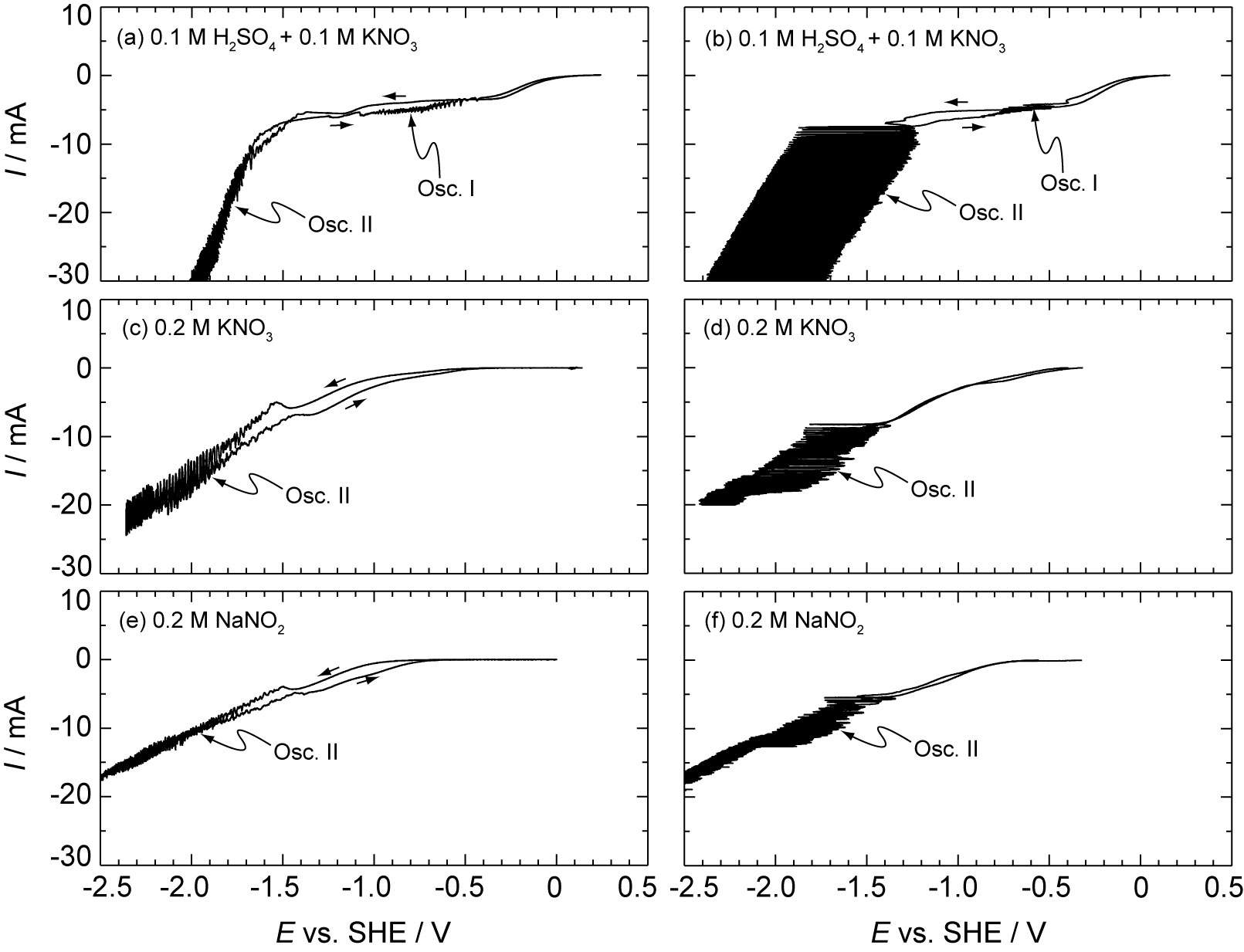