Electrochemical oscillations, which are attractive phenomena from the viewpoint of dynamic self-organization of molecular systems, have been reported in a variety of electrochemical reactions [1]. Among them, the H2O2 reduction at Pt electrodes in H2SO4 solutions (H2O2 + 2H+ + 2e- → 2H2O) has an especially unique feature where nine kinds of oscillations, named oscillations A, B, C, D, E, F, G, H, and I are observed [2-4]. Oscillation A appeared in the potential region of the formation of under-potential deposited H (upd-H) which suppressed the H2O2 reduction, whereas oscillation B appeared in the region of hydrogen evolution reaction (HER). Oscillations C and D appeared when a small amount of Cl- or Br- ions, which adsorbed on a Pt surface, were added to electrolysis solutions. Oscillation E appeared when a single-crystal Pt(111) electrode was used because H2O2 was autocatalytically reduced especially on the Pt(111) surface. Oscillations F and G appeared in the presence of a small amount of Br- ions when a Pt(111) or Pt(100) electrode was used.

Oscillations H and I appeared when the cations such as Na+ and K+ were added to electrolysis solutions [2-4]. In the presence of the cations, the transport rate of H+ to the electrode surface by the electromigration decreased and consequently the local pH at the electrode surface became basic during the H2O2 reduction. In the vicinity of the surface where the pH was basic, H2O2 dissociated to form HO2- ion, which was electrochemically reduced to OH- or oxidized to O2. Oscillation H was tentatively caused by the interaction between the autocatalytic H2O2 reduction and the electrooxidation of HO2- [2, 3]. On the other hand, oscillation I was probably caused by the suppression of the reduction of HO2- due to the formation of upd-H [4]. Recently, a new oscillation, which was named oscillation J, was found to appear during the H2O2 reduction in the presence of the cations. In this presentation, the conditions for the appearance of oscillation J and its mechanism will be discussed. 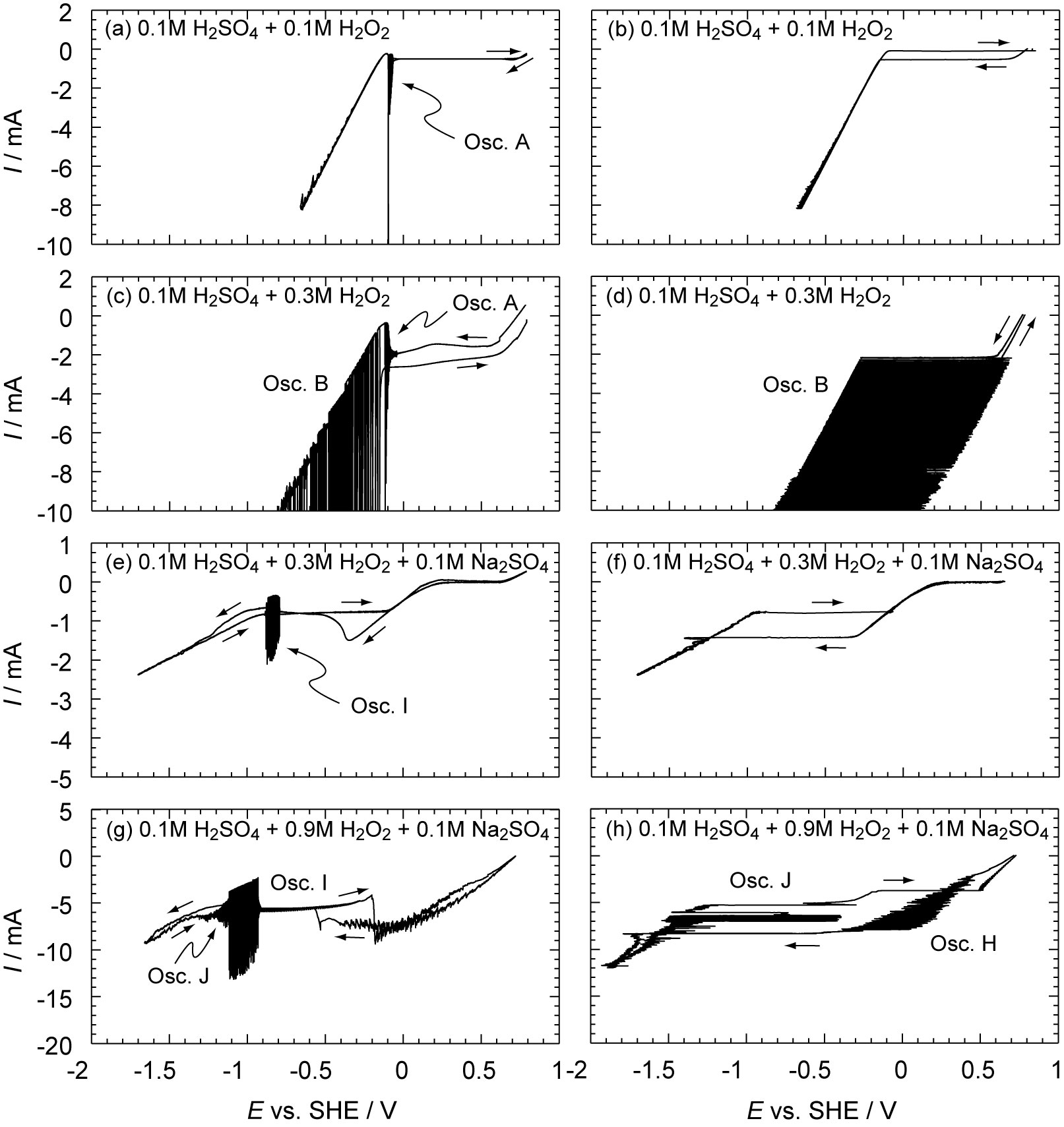