Remington A (Hyatt Regency)
B. I. Hogg (Zentrum für Sonnenenergie- und Wasserstoff-Forschung BW) and M. Wohlfahrt-Mehrens (ZSW)
The deposition of lithium on the surface of graphitic anodes in Lithium-ion batteries is a major concern about safety and lifetime of lithium-ion batteries.

The deposition can be caused by high anodic overpotentials at low temperatures or exceeding a critical lithium ion concentration at the graphite particle surface. The prediction of the onset of lithium deposition by modelling is rather difficult because there are no reported values for the Li+ activity in the electrolyte or their changes during lithium ion insertion into graphite. Furthermore the modelling of the Li+ activity in the electrolyte is quite challenging because the needed parameters like the diffusion coefficient of Li+inside the particles depend strongly on the state of charge and the absolute value on the measuring method respectively the texture of the electrode coating [1].

The critical Li+ activity in the electrolyte in matters of a lithium deposition follows from the concentration dependency of the Li/Li+potential, which is described by the Nernst equation.

In the present study, we take advantage of the concentration dependency and develop a 4-electrode cell design (Figure 1a), which allows to measure potential changes of the metallic lithium reference electrode of the standard three electrode setup.

The potential shifts of the metallic lithium reference correlate directly with changes in the Li+ activity in the electrolyte. We studied the interaction of lithium transport and reaction kinetics in dependency of current density, temperature and active material of the anode and the cathode. The measurements indicate a direct correlation between changes in anodic and cathodic reaction kinetics and the Li+concentration in the electrolyte (Figure 1b).

Based on the knowledge of the Li+activity and its variation, we were able to improve an operation strategy for Lithium-Ion batteries and match the cell components with each other in terms of avoiding lithium deposition. 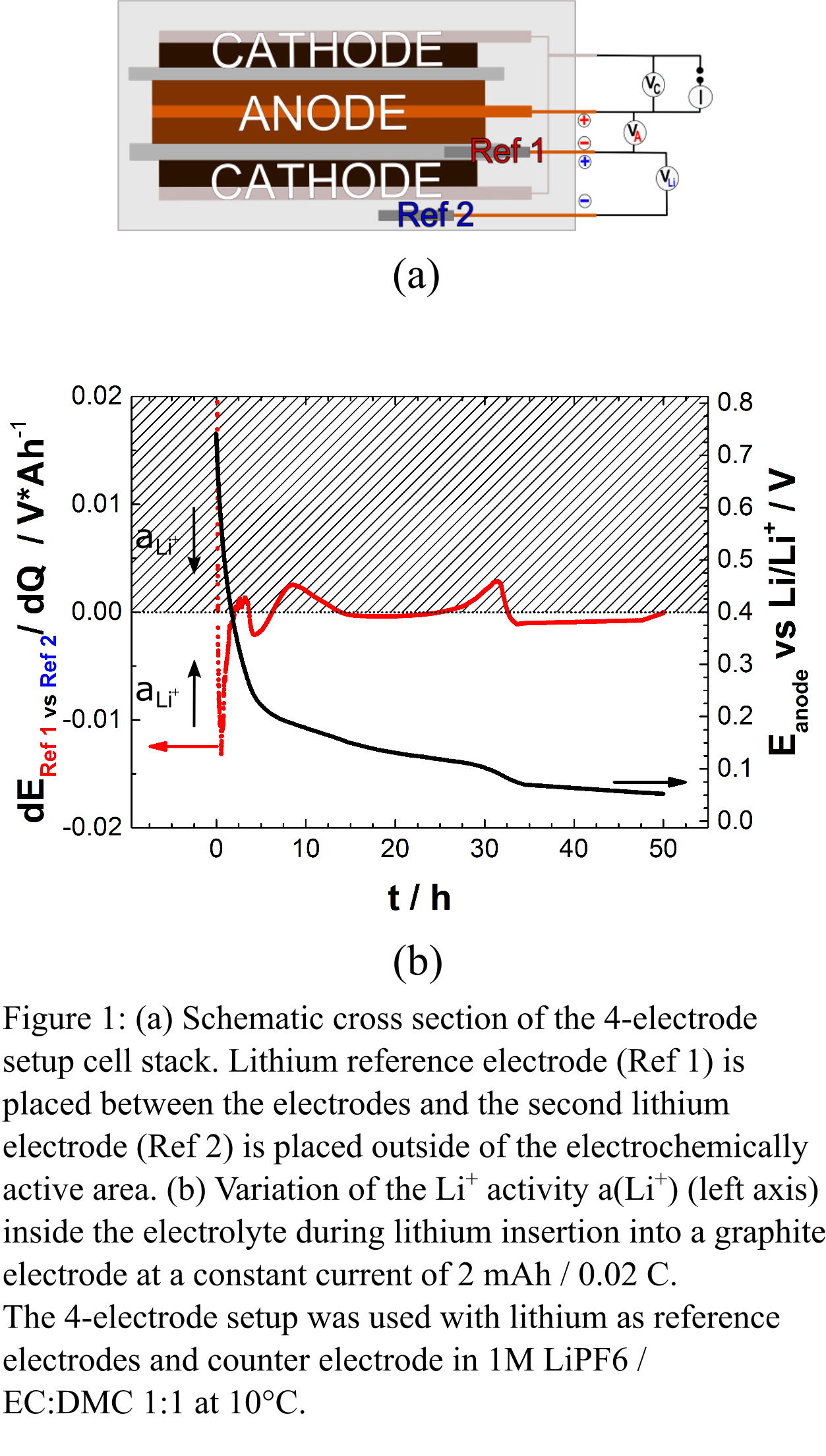