103-A (Phoenix Convention Center)
K. R. Chauhan, D. B. Patel (Pandit Deendayal Petroleum University), and I. Mukhopadhyay (Pandit Deendayal Petroleum University)
The 2D nanostructures are gaining lot of interest in the field of electronics and solar photovoltaics. We have recently developed new shape and architecture of CdTe nanostructures on low cost F:SnO2 (FTO) substrate by electrodeposition from ionic liquid medium. It was observed that the ionic liquid medium facilitate the fabrication of nanostructured thin film directly on the substrate. By using two different substrates, FTO and CdS coated FTO it was possible to fabricate Schottky and p-n junction solar cells out of developed CdTe nanostructured films. It was interesting to observe that the Schottky junction solar cells of such nanostructured films result in higher Voc of 805 mV which is a quite high value for such solar cells. However, low connectivity between nanostructures resulted in lower Jsc values. On the other hand we found that the growth of semiconductor films from ionic liquid medium is highly substrate dependent. It was found that stoichiometric CdTe films can only be deposited on 50 nm thick film of CdS. Increasing the thickness of CdS layer always lead to non stoichiometric CdTe films which no longer can be utilized in solar cells. The first ever successful deposition of stoichiometric CdTe film on CdS buffer layer resulted in a solar cell with Voc of 150 mV, Jsc of 500 μA/cm2, FF of 27% and efficiency of 0.02%. This initial study will be helpful in understanding the growth of binary alloy on different substrates from ionic liquid medium. 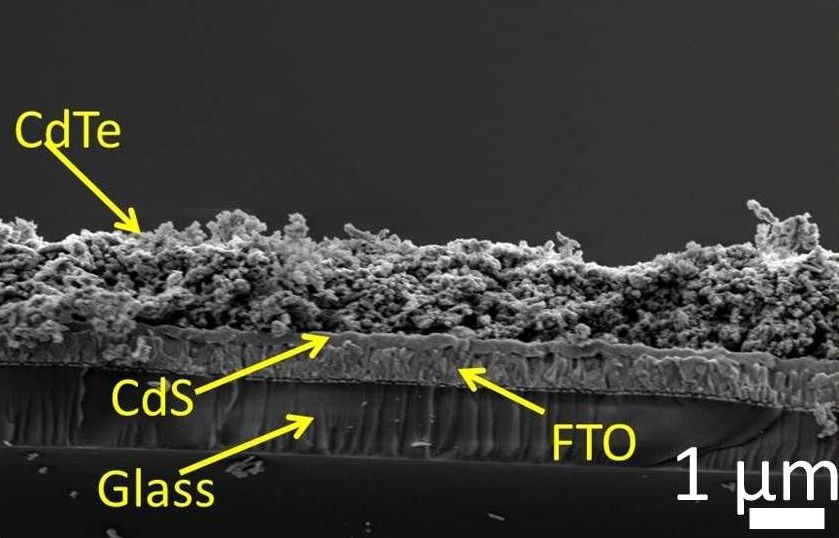