In single particle measurement, an optical microscope was set in a globe box filled with dry Ar gas, and a measurement cell was set on this stage. A single particle of target active material was pinched with a tweezers-type probe under microscope observation, and then its electrochemical measurement was carried out. A mixed solvent of ethylene carbonate (EC) and propylene carbonate (PC) (1:1 in volume) containing 1 mol dm-3 LiPF6 was used as an electrolyte solution. 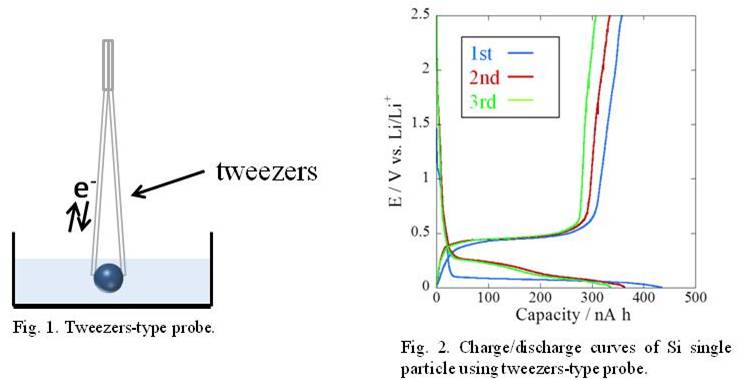