Borein A (Hyatt Regency)
M. Hasani (Arizona State University) and C. A. Angell (Arizona State University)
Ionic liquids with both metal containing anions and cations are of interest for their novelty and high metal concentration. They can be made similar to the well-known halometallate ionic liquids except that instead of having an organic chloride salt, the halide is transferred from another metal center to form a cationic metal species. Previous contributions[1]report on the synthesis and characterization of these systems.

It is realized in our lab that heterolytic cleavage of Al2Cl6 with Lewis basic ligands results in ionic mixtures with low melting points. A variety of ligands including amides, amines, ureas, sulfones and organic carbonates has been used to bring about this auto-ionization. The ionic nature of the mixtures is manifested in their electrical conductivity. Considering the conductivity data in combination with viscosity and employing a Walden plot analysis, the ionicities of these melts have been studied (Figure-1). The Walden plot shows the urea and acetamide cases to be not fully ionic and hints at the presence of neutral species or aggregates of ions. The speciation of the metal center has been further studied by NMR spectroscopy. 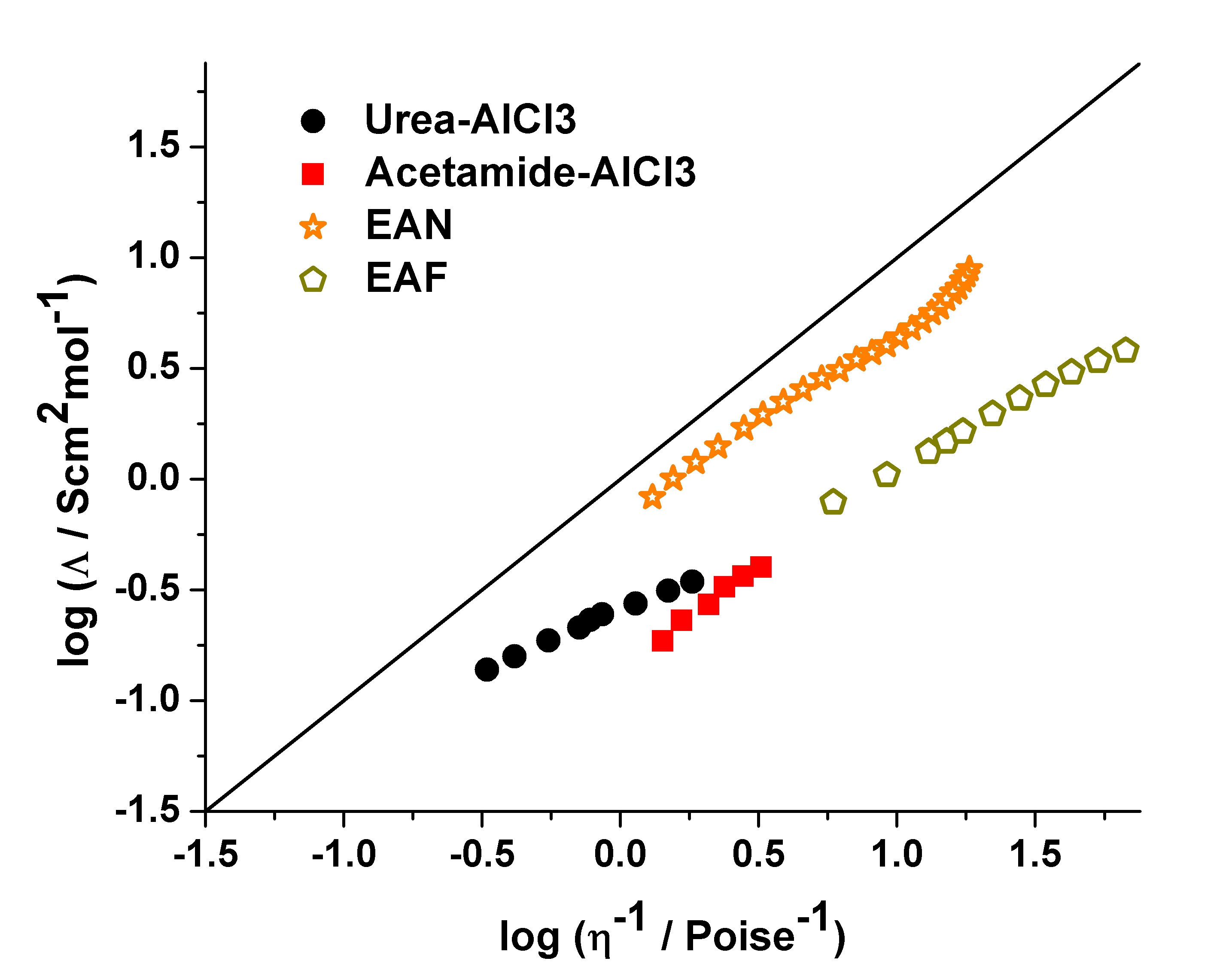