Borein A (Hyatt Regency)
S. Shrestha (The City College of New York) and E. J. Biddinger (The City College of New York)
One of the most widely investigated applications of ionic liquids (ILs) is electrodeposition (1). Wide electrochemical window, good conductivity, metal complexing ability, and low water content are the advantages of doing electrodeposition in ILs. Electrodeposition of metals from every group of the periodic table has been studied (2). One of such metal is Pd, which has hydrogen embrittlement issues in aqueous-based solutions. In ILs, the embrittlement issue could be avoided (3). Although many ILs have been tried for Pd electrodeposition, the morphology of the electrodeposit has often been often been powdery and prone to cracks (3-5). Understanding the structure of the Pd electrodeposited in ILs could reveal ways to improve its morphology. 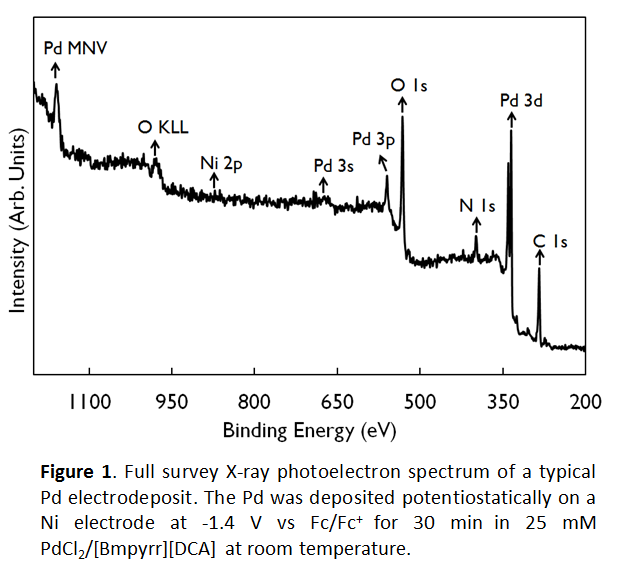